On Thursday, September 17th a group of pioneers in the Belizean community were honored as part of the September Celebrations Tribute to the Belizean Patriots Ceremony. Each year a number of Belizeans are bestowed honors for their work towards the betterment and development of the country. Held at the Bliss Center for Performing Arts in Belize City, the awards are presented by Governor General of Belize Sir Colville Young. Among the 21 recipients for this year’s award ceremonies was none other than former dance instructor for the San Pedro Dance Academy, Rosa Rosita Baltazar.
Two awards were issued at the event: the Meritorious Service Award and the Order of Distinction. Both awards service to recognized outstanding citizens who have provided their services in different fields towards Belize and its people. The event is part of the National Honors and Awards Act passed on August 16th, 1991. 19 persons received the Meritorious Service Award, while only two received the Order of Distinction. 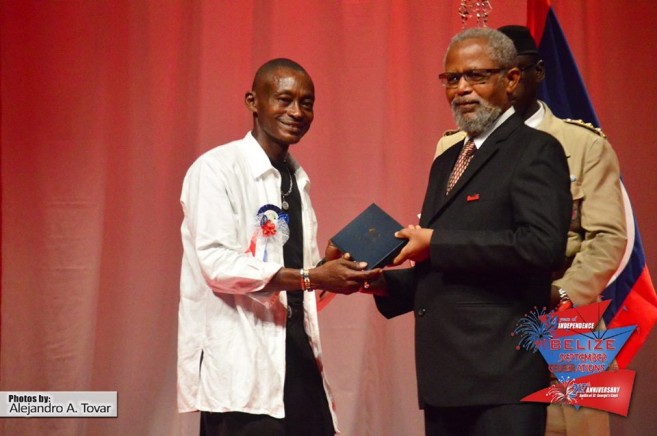 The 19 Belizeans who received the Meritorious Service Awards included teachers, politicians, athletes, entertainers, healthcare practitioners and even community activities. Baltazar was honored posthumously for her contributions to the performing arts, particularly in dance. Receiving the award on her behalf was he son Gary Baltazar. Baltazar passed away from cancer on Tuesday, July 7th. She not only left a legacy in San Pedro, but also across the country.
Also receiving the Meritorious Service Awards was Jamal Galves, a pioneer in the protection of West Indian Manatee. Recipient of the 2014 Ocean Hero Award, Galves has dedicated his life to the conservation of the manatees since the age of 11. 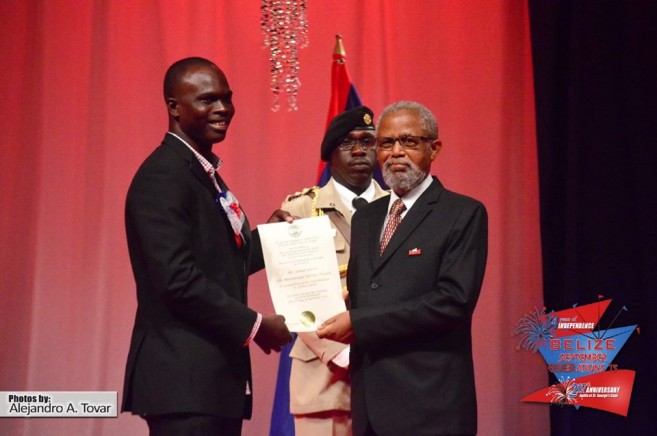 More on Community and Society
November 2007