Ambergris Caye’s businessman Pedro ‘Pete’ Salazar Sr., was among 12 proud Belizeans awarded with The Most Excellent Order of the British Empire. The recognition was conferred on Wednesday, March 9th by Governor General Her Excellency Froyla Tzalam on behalf of Her Majesty Queen Elizabeth II on the occasion of New Year Honours 2020 and 2021. Salazar was appointed Ordinary Members of the British Empire (Civil Division) (MBE) for his community activism. 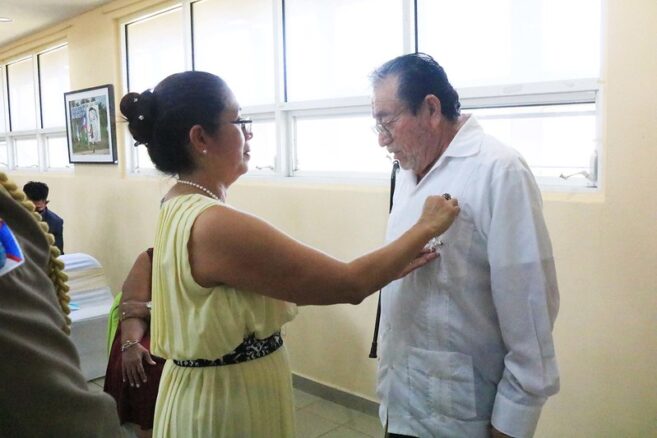 Pete Salazar Sr. told The San Pedro Sun that he was not expecting the appointment and feels very privileged for the recognition. He is satisfied with all his work for his island community. Salazar was very active in the San Pedro Lions Club and was among those who founded the international club on the island. He was also its first president and contributed immensely to many programs to help the community. “There is the need to care for others. Always think how to help and how to get more involved in activities for the betterment of those most vulnerable,” said Salazar. He encourages those who can give to do so without expecting anything in return. 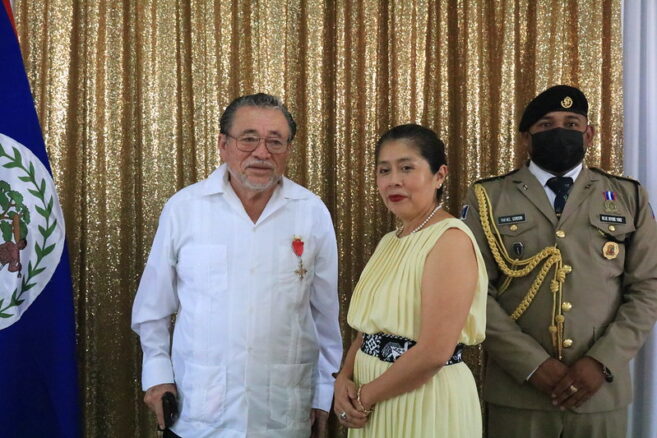 This is not the first time the proud islander has been recognized with such caliber of award for his dedicated contribution to La Isla Bonita. In September 2017, as part of the national celebrations, Salazar attended the annual Tribute to the Belizean Patriots Ceremonies, where he was presented with the Meritorious Service Award. 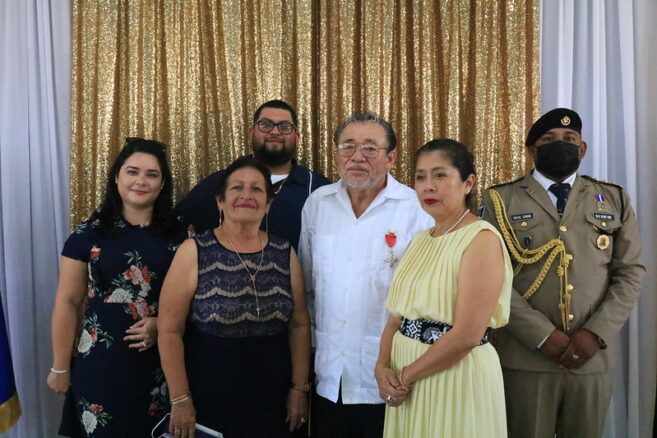 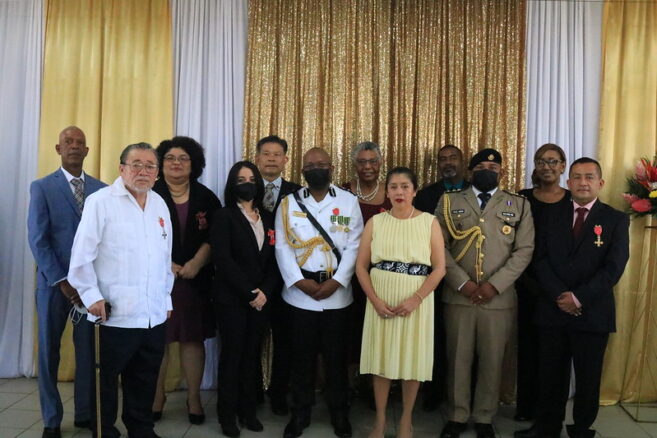 The event also included an insignia for the late Ambassador Elozeui ‘Elito’ Urbina Sr., who was recognized for contributing to education and political leadership. His family was present to receive the MBE.

Other appointments were for Ordinary Officers of the British Empire or OBE (Civil Division). In this group, the persons recognized included Dr. Marvin Manzanero for contributing to public health and public service, Judith Marie Alpuche for contributing to social work and public service, and Penelope Kay Casasola for services to community and health education volunteerism.