Stabbing Incident
Acting on information received of a stabbing incident, the San Pedro Police visited the Dr. Otto Rodriguez San Pedro Polyclinic II on Monday, October 13th at around 8:50AM where they observed 25-year-old Miguel “Motita” Fuentes suffering from a stab wound. Initial investigation revealed that Fuentes was attacked while standing in front of a grocery store on Laguna Drive in the early hours of the same date. Fuentes was approached by a male person who inflicted one single stab wound to the left side of his chest, causing profound bleeding. The victim only knew his attacker by his nickname which he provided to the San Pedro Police. Fuentes was later transported to the Karl Huesner Memorial Hospital in Belize City where he remained in a stable condition. 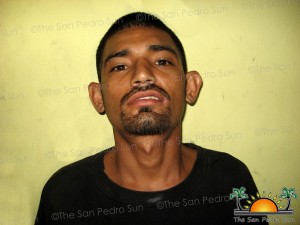 Currently police believe that the incident is drug related, as Fuentes has being identified in several other drug related incidents. One such incident occurred on April 13, 2014 when Fuentes sustained two gunshot wounds during a shootout in the Bacalar Chico Area in North Ambergris Caye. Police are continuing their investigation into the incident. Anyone who witnessed the attack is asked to report information to the San Pedro Police Station on Pescador Drive or call 206-2022.
Robbery
37-year-old Mirna Verganza reported to the San Pedro Police that on Saturday, October 11th at around 11PM her establishment, namely Blue Angels Bar, located in the San Pablo Area was robbed. According to Verganza, one of her employees that was left in charge of the bar, informed her that two male person had robbed the establishment of $500BZ. One of the culprits was armed with a handgun. Police carried out an investigation which led to the arrest of a 17-year-old minor. The minor was properly identified as one of the robbers and was officially charged in the presence of his mother for the crime of “Robbery”. Police are still looking for one other person, name unknown. Any person with information on the burglary that can lead to an arrest of the second robber is asked to contact the San Pedro Police Station at Pescador Drive of call 206-2022.
Found Property

Acting on Special Branch information, a team of San Pedro Police and Special Branch Personnel headed by Inspector Henry Jemmott, visited the San Pablo Area on Tuesday, October 14th at around 2:30PM where an unlicensed black 9mm Luger (Model C9) pistol containing an empty magazine was handed over by an anonymous resident. The firearm had been found stashed in the vicinity. No serial number was visible on the pistol. The fire arm was labelled as found property. Investigations are suggesting that the found firearm is the same weapon used in the recent robbery of Blue Angels Bar which occurred on Saturday, October 11th.
Possession of Controlled Drugs
* On Wednesday, October 15th at around 4:30PM, San Pedro Police and Special Branch personnel conducted a search at the residence of 18-year-old Nairo Perez on Sandpiper Street, San Juan Area. Also present was a 15-year-old minor. A thorough searched was conducted inside the room, which led to the discovery of a brown Philly wrapped in a cigarette form which contained 0.4 grams of suspected cannabis. Subjects were formally arrested and charged for “Possession of Controlled Drug”. 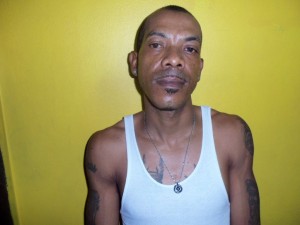 * On Wednesday, October 15th at around 4:45PM, San Pedro Police and Special Branch personnel conducted a search at the residence of 39-year-old Phillip Stanley Vernon in the Boca Del Rio Area. Search led to the discovery of a transparent plastic bag containing 3.4 grams of suspected cannabis and a metal pipe measuring 2 ¼ inches suspected to be used in the connection of smoking cannabis. Subject was formally arrested and charged for “Possession of Controlled Drug” and “Possession of Pipe”. 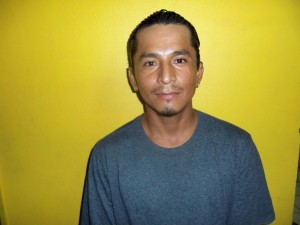 * On Wednesday, October 15th at around 8:45PM, San Pedro Police and Special Branch personnel conducted a search on 30-year-old Adam Cuz. The search led to the discovery of a transparent plastic bag containing 8.6 grams of suspected cannabis. Subject was formally arrested and charged for “Possession of a controlled Drug”.