San Pedro Police are investigating two separate shooting incidents that occurred in the San Pedrito Area leaving two residents injured. The first shooting occurred on Monday, February 9th and left 32-year-old Kareem Eagan suffering from a gunshot wound to the leg. The second shooting took place on Wednesday, February 11th leaving a 13-year-old minor, Meredith Escalante suffering from a gunshot wound to the chest. Police cannot confirm if the shootings were related, but believe that they most likely are based on their location.

Initial investigations for the first shooting incident revealed that two persons of Hispanic descent ran into the yard of Lopez’s Apartments at around 8:30PM and fired several shots at the building. Eagan, who resides in one of the apartments, was sitting in his room at the time of shooting. As a result, he sustained a single gunshot wound to his right foot, just above his ankle. He was immediately taken to the Dr. Otto Rodriguez Polyclinic II where his injury was treated. Since the shooting, police have detained two minors for questioning but have not yet charged anyone.
Officer in Charge, Superintendent Luis Castellanos indicated that Eagan has refused to cooperate with the police and does not want to testify on the incident. Castellanos stated that he believes that this shooting is a result of an ongoing dispute between the Eagan and Espat family. “I applied to the court to have Eagan relocated from the area and that he could not be five hundred yards from the Espat’s residence. We believe that there is a rivalry between them and that is what is leading to the shootings. So to avoid further confrontation, we made that application and we were successful in having the application granted to us,” said Castellanos. 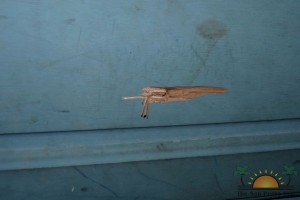 Two days later, police were alerted of another shooting in the same area. This time, several shots had been fired at the Espat’s Apartment building, and as a result, a minor was injured. Police reported that the shooting occurred at around 9PM. Five apparent gunshots were fired at the apartment building by two men of dark complexion who were observed fleeing from the area on bicycles. Escalante, who was inside her home preparing for dinner sustained a gunshot wound to the chest. She was immediately transported to the Dr. Otto Rodriguez San Pedro Polyclinic II, where an X-ray indicated that the bullet had exited the chest cavity without causing major ruptures to internal organs. After receiving medical attention, the minor was dismissed and transported home where she is currently recovering from the injury.
The mother of the victim, Maria Escalante stated that she is relieved that her daughter was not seriously injured but is concerned about ongoing crime in the area. “I’m still shocked. It is something that happened all of a sudden. We were just standing in the house, then we heard the bangs and that was it. My baby fell and that is what happened. I didn’t see anything. I screamed and tried to pick up my baby and get help. I won’t blame anybody because I don’t know what happened. But the crime in San Pedrito is getting out of hand and other innocent people can get hurt. I could have lost my daughter to that shooting,” said Escalante.
Due to the closeness of the two shootings, police strongly believe that the second shooting was a retaliation from the first shooting, but do not have solid evidence to confirm this theory. “We know that some of the residents in this area are involved in drug peddling. As a matter of fact, several of them have been shot before and so they are known to the police. We don’t know who they are, but we are asking the public if they can assist us,” said Castellanos. While the minor was not the intended target of the shooting, her life could have been easily taken. Police are aware that these crossfires are affecting residents and will be taking extra measures to reduce crime in the area. “We know that there are some problems in that area. We will be policing the area. We will have more focus in the area because now it is a problem area for us and we need to address the situation. We cannot continue to allow innocent residents getting hurt,” said Castellanos. 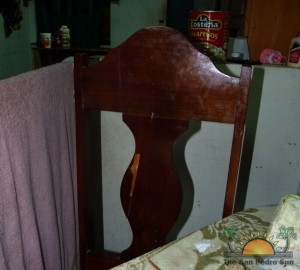 Chair in which 13-year-old minor was sitting during incident

But some residents claim that the second shooting could have been prevented if police would just do their job. According owner of Espat’s Apartments, Rolando Espat, a neighbor had reported to the San Pedro Police that she had been threatened by an unknown gunman the day before the shooting on Tuesday, February 10th. “We expected something to happen because the night before, we reported to the police that three gunmen came to the building and were looking for someone. They went to a lady’s apartment and pointed a gun at her. This happened around midnight, and we called the police. They said that they were going to come but never reached. The last call I made to the police was at 3AM on Wednesday, the police never came,” said Espat. He stated that the police refused to take reports from residents in the area. “We have no cooperation from the police over here. We have information to give the police that can help them catch the persons responsible, but they don’t listen to us. All the police do is blame us for the shooting when we are not the ones involved in it,” said Espat.
No arrests have been made in the second shooting. Police are asking anyone with information on the shootings to report it to the San Pedro Police Station at 206-2022. For anonymous reports call Crime Stoppers Belize at 0-800-922-8477.