« Older: Charges yet to be laid on Alida Barrientos de Catzim over the murder of her husband
Newer: » How safe is San Pedro?


A notorious drug/gang affiliate was murdered in Belize City on the afternoon of Wednesday, March 23rd. No stranger to the island, 35-year-old Victor Garnett was shot and killed on Sibun Street in the south side of Belize City shortly after 2PM. Garnett, who had only recently moved to the City from San Pedro Town, has long been associated in drug related incidents and was even acquitted of a murder which occurred on the island back in 2009. 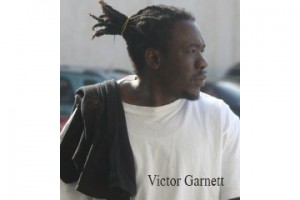 While police have not detained anyone in relation to Garnett’s murder, they strongly believe it was a planned assassination. “From what we are seeing, it appears as if he was in that area waiting for somebody, and that person or persons might have met him and eventually inflicted the gunshot wounds that he sustained, which subsequently resulted in his demise,” said Regional Commander for the Eastern South Division, Assistant Commissioner of Police, Chester Williams.
Garnett was shot at twice while driving his vehicle, with one of the bullets hitting his head and resulting in an almost immediate death. “We are looking at a possibility of gang retaliation as a result of those murders that he had been accused of in the past. And from our investigation, what we have gathered so far, the suspects are two teenagers who were seen coming out of a yard and firing shots at him,” said Williams.
The police’s gang retaliation angle comes from the fact that in 2009, Garnett, along with Brionne Swift, Frank Edwards Jr and Gabriel Salazar were charged with the double murder of James Swan and Edwardo Gutierrez which occurred on North Ambergris Caye. In May 2012, a jury handed down a not-guilty verdict for murder and manslaughter to all four individuals. Police are now speculating that this may be the reason of the Garnett’s murder, as Frank Edwards Jr was also killed in similar fashion on February 23, 2016.
But Garrnett’s run-ins with the law did not end there, as he was also shot several times on Laguna Drive, Boca del Rio Area on March 14, 2014. Garnett sustained several gunshot wounds to the lower abdomen and lung, with the shooter fleeing the scene on a skiff. At the time, police also believed this incident was drug related and retaliation, but the case remained unsolved.
Police investigations continue.