« Older: Minor Charged for the murder of Journalist Kareem Clarke
Newer: » Still no arrests in murder of Melvin Almendarez 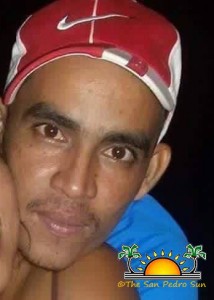 San Pedro police are investigating the murder of local athlete Melvin Almendarez, who was killed Friday night, May 6th. Almendarez’s body was found in the Mosquito Coast Area of South Ambergris Caye shortly after 10PM with a single gunshot wound to the head. The events that led to the murder are not yet known, but San Pedro Police have confirmed that a Canadian National has been detained in relation to Almendarez’s death.

According to official reports, members of the South Ambergris Caye Neighborhood Watch (SACNW) were startled when they heard a gunshot in their neighborhood around 10PM. They immediately notified the San Pedro Police Department. Upon the arrival of the police to the area, a search was conducted to determine the source of the gun shot sounds. Around 10:30PM Almendarez’s body was discovered lying in a pool of blood across from the Belize Consolidated Water Services lagoon.

Police have since secured the crime area and are waiting for the Scenes of Crime Inspectors to arrive from mainland Belize to process the area. Following the inspection, Almendarez’s body will be transported to the Karl Heusner Memorial Hospital in Belize City for a postmortem examination. Results from the analysis of the scene may lead to the prosecution of the person currently in police custody over the murder.

Locally known as “Catracho”, Almendarez was a well-known footballer on the island.  Family and friends have expressed their sympathies over his death. He is survived by his wife and three children.

The death of Almendarez marks the island’s fifth murder in 2016.

The San Pedro Sun will have more on the incident as the investigation develops.

Murder charges against Christian Espat, Nigel Williams and minor dismissed due to lack of evidence