After missing for over five days, the lifeless body of 18-year-old Michael Reyes Cobo of San Mateo Area in San Pedro Town was found floating off the coast of Belize City. The gruesome discovery was made on Wednesday, December 4th near Port of Belize Ltd, when police were alerted about a floating body wrapped in a sheet-like material, with his hands tied behind his back. Cobo’s family travelled to the mainland, where later in the day, their worst fears were confirmed as they identified the badly decomposed body. 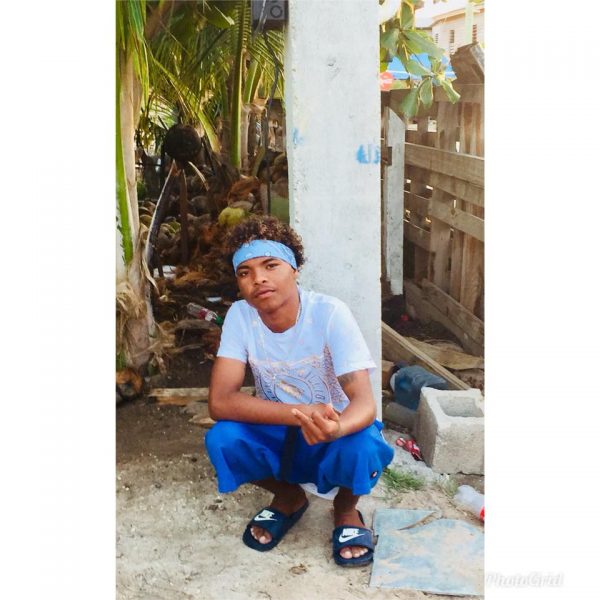 According to reports, Michael’s mother Margarita Chi identified her son’s body, which had several tattoos, including a rose on his left hand with the name ‘Miley’ underneath. Witnesses claim that the body, which was in an advanced state of decomposition, showed signs of physical injuries to the head. The body was tethered to cement blocks semi-submerged in the water. With the assistance of the Belize Coast Guard, police retrieved the body where it was taken to a medical center for a post-mortem examination. Sometime between 6PM and 8PM on that same day, a post-mortem examination was conducted, but the cause of death could not be determined due to the advanced state of decomposition.
The mother of the deceased told the media that Cobo was in communication with her on Friday the 29th when he left for the city, but thereafter, no one heard from him. He was with some friends in the Yarborough Area of the city, and when she did not hear from him over the weekend she began to worry. “When he did not get in touch with me I started calling and texting him, but never got a response back,” Chi said. “I got frustrated because he is not like that. He will always be in touch with me.” Chi said that when Cobo stopped communicating with them, his older brother went looking for him on the mainland. When he arrived at the place where he said he was, Cobo was nowhere to be found. Cobo’s brother stayed in the city looking for his brother for two days with no luck. Upon his return to the island, the family placed a missing person’s report with the police on Tuesday, December 3rd. A day later Chi was notified by her older son about the body. She received a picture, and she immediately knew it was her son. “When I saw the picture, and his hands, I said, that’s my son,” Chi said. The family then travelled to Belize City, where they later identified the body.
The family is devastated and cannot believe anyone would want to cause harm to their loved one. According to them, Cobo was a hard-working and caring young man, very friendly and never got in trouble with anybody. On the island, he is remembered as a young and talented football player who represented San Pedro in the U-13 and U-15 football teams. Cobo also did well in triathlon competitions on the island. During Reef Week in May 2015, he was one of the top athletes mastering the intense swimming, cycling and running of this sport.
The family transported Cobo’s body back to San Pedro, where he was laid to rest on Thursday, December 5th.
Police are yet to identify any suspects connected to this heinous crime, and anyone with information that can assist in their investigation is asked to contact the nearest police station.