« Older: Prime Minister weighs comments on Derrick Uh who died inside a police van
Newer: » The Minister of Tourism hands over Motorcycles and Bicycles to the Tourism Police Unit 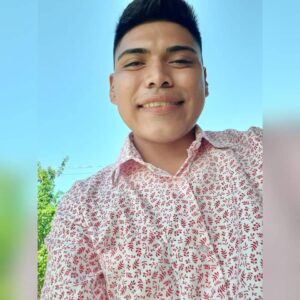 It was confirmed on Tuesday, August 16th by the Minister of Home Affairs, the Honourable Kareem Musa, that six police officers are being investigated for the tragic death of 20-year-old Derrick Uh while in police custody. Uh was left locked up inside a police van for over 12 hours. The police officers allegedly forgot Uh was inside the van. He was found dead inside the vehicle on Sunday afternoon.
Musa offered his condolences to Uh’s family and said both criminal and internal disciplinary charges are expected against the officers under investigation. Musa also stated that the police officers were at fault, and there was no proper communication and handing over. These officers have since been suspended and will be dismissed and charged if found guilty. 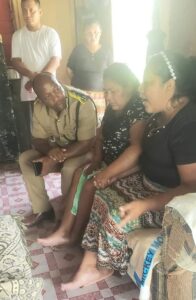 The minister in charge of the police said the family is invited to be part of the ongoing investigation. “They can appoint an attorney or Justice of the Peace to join the investigation and liaison with the officers involved,” said Musa. He said this is to guarantee transparency in the investigation. The family has reportedly recommended a family member who is a Corporal Police in the northern Corozal District
The incident happened after midnight during a celebration at San Joaquin Village in the Corozal District on Sunday, August 14th. Uh was reportedly under the influence and behaving disorderly. He was allegedly detained after being reported by an unknown female for inappropriately touching her. There is no police station in San Joaquin; thus, Uh was placed inside a police van. When the festivities were over, the police drove the van to the Corozal Town police station, and for some reason, they forgot Uh was inside. Hours later, he was found dead by another officer, who went to refuel the vehicle.
Musa stated that there was negligence in how the police officers handled the situation. Based on the accusations, Musa said a police mobile should have been called to transport Uh to the Corozal Police Station. However, this did not happen; instead, Uh was forgotten inside the van, where he died.
The minister confirmed that the police department covered the funeral expenses. Both Musa and the Commissioner of Police assured the family and the Belizean people that there would be no cover-ups and criminal actions would be taken if the results of a pending post-mortem showed evidence of any physical abuse.
In the case of any lawsuit against the police department, Musa said it should be handled to assess the quantum of damages and not who is at fault. The ministry has conceded that the police officers’ negligence led to the young man’s demise.

David Nanes Schnitzer’s bail revoked after weeks on the run