The joint owners of the Washington University of Health and Science in San Pedro Town and Columbus Central University School of Medicine held a media open day at Columbus University’s Ladyville campus on Monday, showing the world that they are fully equipped to teach medicine.

The schools recently came under fire when rumors were circulated that the schools did not have the proper facilities to teach medicine, which prompted the Medical Council of India to de-list both schools.
Owner/president Dr. Malik Soudah and vice president/owner Peggy Allen of both schools invited the media on a tour the schools packed lecture halls packed, computer room, library, histology and microbiology labs equipped with dozens of microscopes that were rumored to be fabricated. The school also has a human anatomy lab with a cold room to store two teaching cadavers preserved with formaldehyde, for a hands-on-lessons on human anatomy. 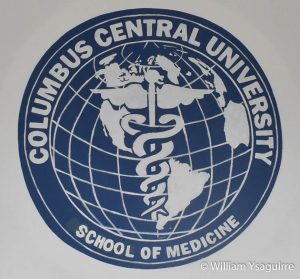 Soudah was optimistic that the school would soon be listed by the Medical Council once again and said that his lawyers were working on the case. Once the Indian council is shown that the schools are properly equipped to teach medicine. He said the Columbus Central University had held a charter to operate in Belize for the past 15 years, and the Washington University of Health and Science was established seven years ago on a separate charter. Both schools are recognized by the Ministry of Education, Soudah affirmed.
Soudah presented his 2020 vision for the Columbus University’s expansion by building two new campuses, one in Ladyville and another in San Pedro, and he said construction would begin by year’s end. Some 400 students are enrolled in the two schools, Soudah said, with almost another 400 completing their clinical studies at partner universities abroad. He said all his foreign students are fully compliant with Belize’s immigration and labor laws. He said he also hired many Belizeans as lecturers and workers. His students contribute to the Belizean economy for housing, food, and transportation. He went on the explain that his students are completing the first two years of a five-year program and that they primarily doing book work and studying basic science, and once they have completed this part of program, they would go on to partner universities abroad to complete the practical, clinical part of their studies for a medical degree.

Allen said the delisting would not have a great impact on the present batch of Indian students. The schools have only been listed by the Indian Medical Council since 2017 when the schools began accepting Indian students. She said the Indian Ambassador to Mexico had visited the campus back then to see for himself what facilities the schools had to offer. She explained that the delisting would not affect their students’ future medical career unless they return to India, by which time she fully expects they will be listed again. She added that the delisting would affect those students who were accepted before mid-January when the delisting occurred. Presently, they are not accepting new students until they are re-listed. She said they have one Belizean graduate so far, who is now practicing in the United States, and six more are presently enrolled at Washington University. Another ten are among those who are completing their clinical studies at universities in the United States, Canada, the United Kingdom, Trinidad and Tobago and a few in Africa, with one or two in Ghana. 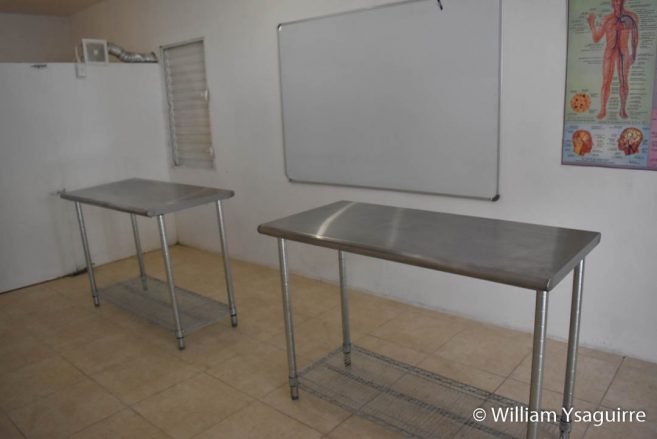 According to Allen, even when a student graduates, he can’t practice medicine until he has completed his internship, residency and passed a licensing examination.