Vessel lodged on the reef near Caye Caulker raises concern


There has been a sailboat lodged on the reef off the coast of Caye Caulker since December 2014 but no one in authority seems to know what is happening. After several requests by residents of Caye Caulker to get the vessel off the reef, Oceana Belize has been asked to intervene. Having the issue addressed is important to environmentalists as well as residents who believe that if the vessel is not removed quickly, it can cause further damages to the reef and eco-system. 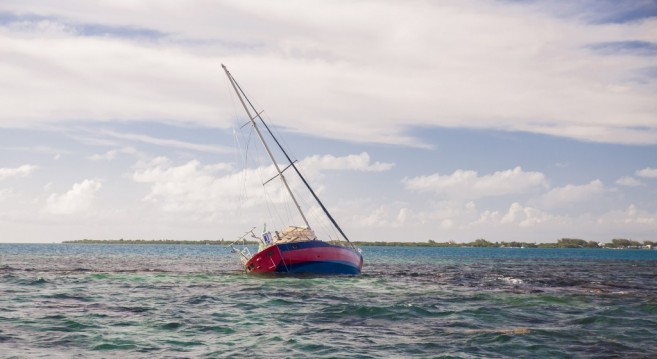 There are several unanswered questions about the boat since there has been no official report from the Department of Environment or the Ministry of Forestry, Fisheries and Sustainable Development who are tasked with protecting Belize’s eco-system. Neither have there been any word from the Belize Port Authority, who is the regulatory body that deals with investigating accidents at sea.

According to a release from Oceana Belize, the unnamed vessel has been on the reef since December 31, 2014– over one month now. “Based on repeated requests from residents and media to Oceana Belize regarding a vessel stranding near Caye Caulker, on Thursday, January 29, 2015, Marine Scientist Dr. Isani Chan led an expedition with Oceana’s Videographer Alexander Ellis and Project Assistant Alain Alexis to the site of the incident to conduct an assessment of the damage,” said a press release issued on February 2nd.

According to Dr. Chan’s observation, the steel hull sailboat measures approximately 35 feet in length. The unnamed vessel sits in approximately five feet of water at low tide. “While the sailboat is currently lodged on coral ‘rubble’, increased wave action could push the vessel into living coral,” observed Chan. According to Oceana, subsequent efforts for an independent contractor to safely remove the vessel, without causing further damage, from the site have so far proved unsuccessful.

An official from the Belize Coast Guard did confirm the indeed the vessel has been on the reef since December. The official said however, that rightful authorities did not request assistance in the investigation process.
In the past, the Department of the Environment and the Belize Port Authority would conduct a joint investigation to assess the damages to the reef. In addition they would disclose particulars about the vessel, its origin and its owner and the sanctions imposed for the damages.

“Belize has the second largest Barrier Reef in the world, and may be one of the last countries in the world to have extensive areas of pristine reef. Oceana Belize is working to protect this vulnerable but economically important natural resource for the benefit and enjoyment of Belizeans and her future generations. However, such fragile ecosystems are constantly at risk of being damaged from both natural and man-made threats,” stated Oceana in Belize. 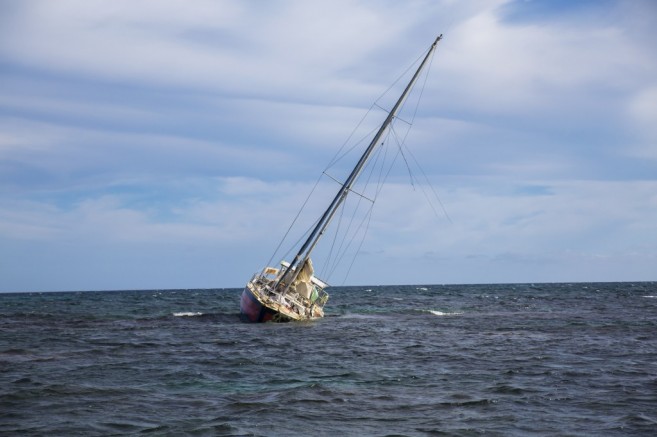 The San Pedro Sun has been trying to get further details from the relevant authorities but attempts have been futile. No one knows where to direct requests for information.
Oceana Belize says that they support the recommendation that the vessel be removed as soon as possible to avoid any further degradation to the site. The San Pedro Sun will continue to follow up on this story.