« Older: Editorial: Are you going to be the one who trashes our island?
Newer: » Coral Reef Ed Ventures campers graduate


The sea turtle nesting season runs from May-November of each year, with July being the peak nesting period. Reports are that this year’s nest spotting looks promising. To date, more than 40 nests have been recorded in Northern Ambergris Caye, including seven loggerhead turtle nests north of El Secreto Resort, along with several by Basil Jones and Punta Azul areas. However, due to the fact that the majority of these nests are on the portion of the beach used as a road, most of these nests have been relocated. Therefore, motorists using the beach are asked to be mindful and to avoid disturbing female turtles approaching the beach or running over any disturbance in the sand, as it might just be a nest. 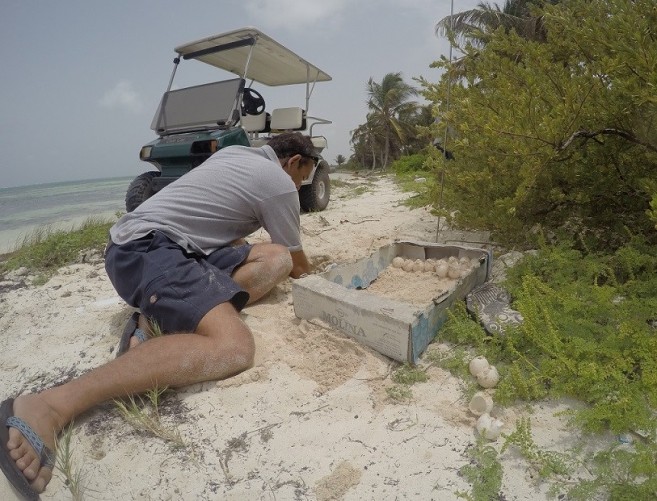 Marine Biologist at Hol Chan Marine Reserve, Kirah Castillo, spearheads the turtle program on Ambergris Caye, and according to her, the nesting season is looking good despite a slow start. “We have found 43 nests so far, in the areas of Robles Beach, Rocky Point, Basil Jones and Punta Azul. The last two areas, which are more to the south, are the ones with a lot of activity which is more than normal compared to other seasons,” said Castillo. “This year we noticed that the turtles are nesting more to the south, probably due to the erosion that is happening at Robles, thus, they might be looking for more suitable beaches and the ones further south are better.”
So far, no nests have hatched as yet, but in the following week or so, the first nests are expected to hatch its young ones. “It takes about 50 to 60 days for the eggs to incubate and at the moment, we have relocated several nests that were found along the road and a few in Robles which were near the water line,” explained Castillo. 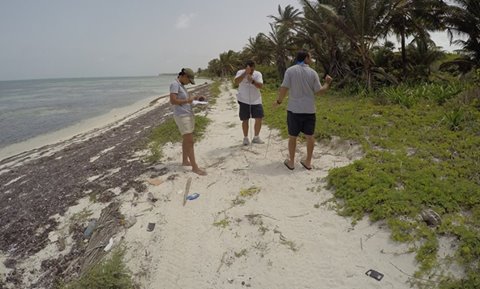 Even though the change in weather and beach erosions is a natural challenge for the successful survival of these species; humans have become one of the major challenges for their conservation. “In the areas of Basil Jones and Punta Azul, specifically, we are experiencing lots of traffic on the beach and the golf carts are running over the crawls and the nests. Most of the times we manage to relocate the eggs off the beach which is used as a road, after they have been trampled over,” Castillo continued. “Another problem is poaching of turtle eggs. You can tell when the nests are have been dug out by humans or the turtles, and poaching has been taking place not just on the eggs but also on the turtles.”
Another issue is trash being left behind by persons who frequent the area. “The Robles Area is one of the areas where the nesting activity is increasing, and yet the garbage dumping has become worse. The beach on this area is higher and clean, thus attracting a lot of turtles. There is a sign that says no golf carts, this is a nesting beach. This sign is ignored as people still park their golf carts on the beach, and if there was a nest in that area it would definitely be destroyed. So we really ask everyone frequenting those areas to please be very mindful as this is the turtle nesting season. Also, we would like to remind the residents of these areas to reduce the use of bright lights where possible, as this disorients the turtles,” ended Castillo. 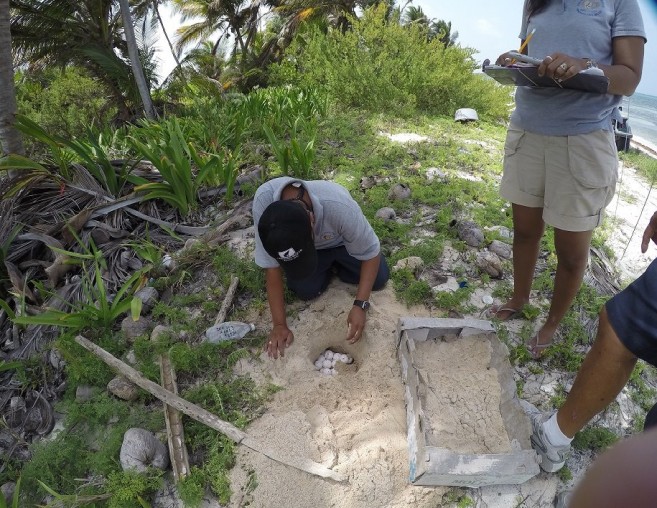 Hol Chan Marine Reserve is encouraging everyone visiting this coastline to please exercise caution when traveling via motorized vehicles along the beach. Sea turtles are ecologically important and have great significance for our tourism industry. Please do not disturb anything that you suspect is a turtle nest. Report all suspected nests or sea turtle crawls to the Hol Chan Marine Reserve office at 226-2247.