Belize’s marine ecosystem is one of the most valuable resources the country has and to better report on it and find out its contributions to the national economy and the challenges it faces, Oceana in Belize organized a one-day training workshop for the local media on Saturday, February 23rd in Belize City. Held under the title ‘Fish School,’ the workshop was facilitated by Margot Stiles, Marine Scientist and Chief of Strategy and Philip Chou, Senior Advisor, Science and Strategy, both from the Oceana international team. 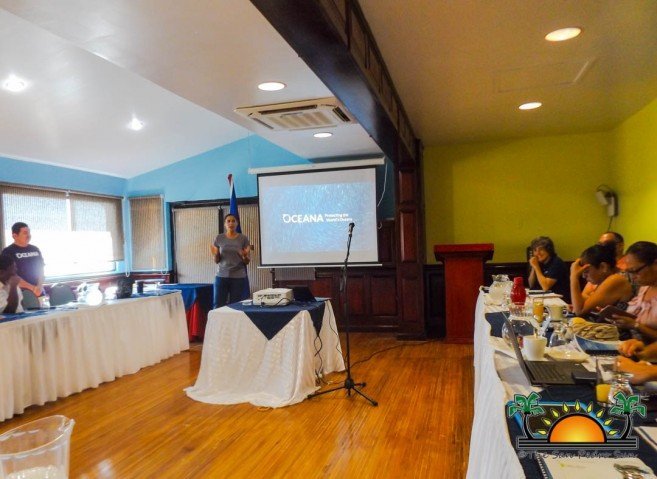 The training started shortly after 9AM inside the Radisson Fort George Hotel and Marina, where Oceana Vice-President Janelle Chanona welcomed each of the participants. She explained the importance of the event. “It is helpful for the scientists to hear from the journalists how from the onset, they can be communicated in a way that they can be efficient as well as user-friendly,” said Chanona. She added that when journalists are better informed, then Belizeans can be better informed as well. 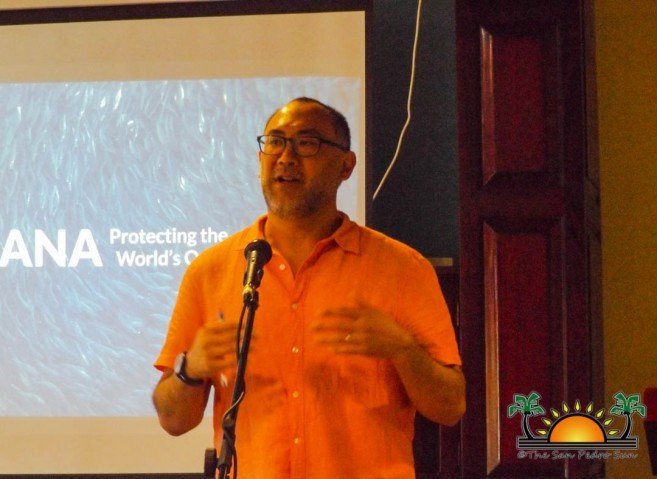 Chou began his presentation, speaking about seafood in Belize, the important Belizean species and its sustainability. According to his presentation, the marine resources in Belize provide jobs for around 13,000 persons. In 2015, fisheries contributed 4% of the country Gross Domestic Product (GDP) which equals to $84.1 million Belize dollars. Chou said this information was gathered from the national fishing cooperatives only. He further indicated that marine products are overtaking crude petroleum when it comes to exports. The spiny lobster and the Queen Conch are two most lucrative exports, representing 20% and 10% of commercial fishing export revenue. Spiny Lobster generates around $16 million Belize dollars to the national economy, while conch is considered the largest fisheries product in the country by volume, with a total of 900,000 pounds exported every year. 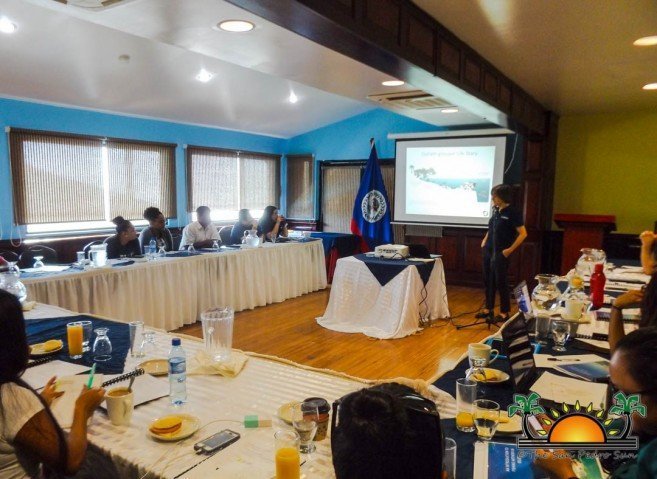 Chou expressed that well-managed fisheries are the key to healthy oceans. He emphasized that without healthy seas, Belize could lose its fishing and tourism industry. To have an idea of their importance, Chou shared that these industries combined contribute to 15-22% of Belize’s GDP.
Stiles’ presentation touched on the life cycle of Groupers, and how vulnerable certain species have become. For example, the Goliath Grouper numbers have declined in recent years, and one of the reasons is its high demand and mass fishing. Of significant importance is the fact that groupers change sex gender during their lifetime. According to Stiles, at one point in their life cycle, all groupers in one area might be of the same sex, and by fishing a large amount of them (potentially of the same sex), we decrease their chances of reproducing. 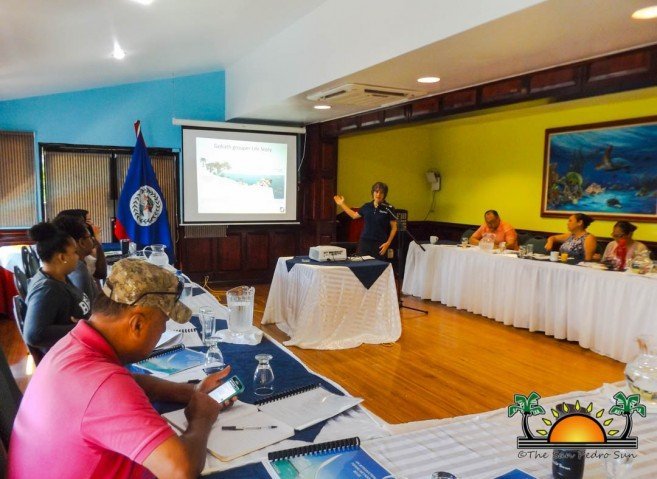 The workshop also advised of illegalities and corruption that the fishing industry is facing. Some of these illegalities touched on the lack of enforcement when it comes to illegal fishing, as well as the use of destructive gear like gillnets, trawls or traps, which affect juvenile fish and its population growth. One strong solution recommended was public participation and government accountability.
Before the event wrapped up, attendees also discussed other challenges such as climate change, pollution and global interdependence. The presenters warned of interdependence, which takes place after a country’s fishing industry has been completely destroyed and begins to import marine products from other countries in the form of canned goods.
At the end of the day, each participant received a certificate of completion.