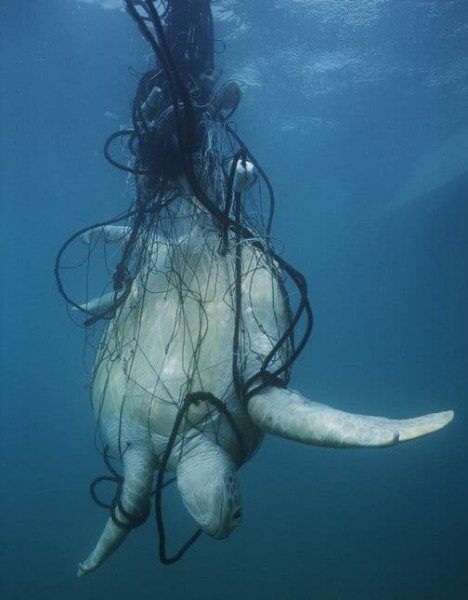 As gillnets continue to hurt the fishing industry and marine life of Belize, the Coalition for Sustainable Fisheries (CSF) has launched a campaign to ban gillnets in the country. CSF is a group of conservation organizations, commercial fishermen, tourism representatives, and sports fishing enthusiasts with a single priority, which is to ban gillnets in Belize. The Coalition recently presented a formal proposal to the government calling for an end to all gillnet fishing in Belizean waters following a one-year phase-out period. This proposal includes a commitment by the Coalition to provide at least $1,000,000 BZ to assist licensed gillnet fishermen in transitioning to more sustainable fishing methods and/or other alternative livelihoods.
Commercial fishermen are leading the movement to ban gillnets in Belize. They recognize that gillnets have led to major declines in their fish stocks and are concerned about the future of their fishery and their livelihoods. Of more than 2,500 licensed fishermen in Belize, only 83 are currently licensed as gillnet fishermen, based on the official report provided by the Belize Fisheries Department.
Gillnets are the fishing gear of choice for illegal fishermen, including those from Guatemala and Honduras. These foreign poachers regularly fish in Belizean waters to harvest Belizean fish for illegal export. Countering this invasion by our neighbors is difficult, but a gillnet ban would significantly enhance enforcement capabilities since any net found would be deemed illegal. “As Director of the Belize Federation of Fishers, I can state that this ban is the top priority for our members. Banning gillnets throughout Belizean waters is very important to our fishermen because gillnets represent an outdated and indiscriminate fishing method which threatens the health of our fish stocks,” said Director of the Belize Federation of Fishers Nigel Martinez. 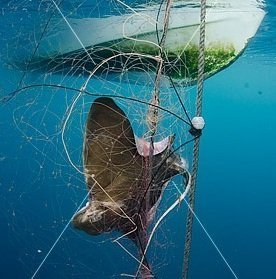 Marine biologists and environmental organizations have long condemned the use of gillnets, believing that it poses a threat to the environment and economy. Environmental organizations such as Oceana Belize have strongly advocated for the complete ban of the use of gillnets. They once stated via a social media post, “No matter what position you hold in society, the destruction caused by gillnets can be felt by all Belizeans.” Oceana Belize believes that in addition to removing an increasingly large number of fish from the ocean, gillnetting can be even more destructive when they become lost or forgotten in the water because they continue to catch animals, a phenomenon known as “ghost fishing.” Without anyone profiting from the catches, they are affecting already depleted commercial fish stocks. Caught fish die and in turn attract scavengers which are also caught in the same net, thus creating a vicious cycle of death. Moreover, when caught on a reef, nets not only catch fish, turtles, crustaceans, birds and marine mammals but also destroy hard and soft corals, wiping out complete ecosystems while tossing around in the current. Aside from being bad for the environment, gill nets are bad for people. “By stopping the use of gillnets, Belize would take a great step to protect the traditions and livelihoods of thousands of fishers and its source of affordable, nutritious fish for generations to come,” stated Oceana Belize.
From February to March of 2019, in an attempt to better understand the benefits, risks, threats, and impacts of gillnets, the Ministry of Agriculture, Fisheries, Forestry, the Environment, Sustainable Development, and Immigration informed the public that they would accept submissions relating to the usage of this fishing tool. The information gathered would be utilized by the Gillnet Taskforce with the aid of an independent consultant and analyze the wide stakeholder input about gillnet usage and the socio-economic and environmental impacts to fishing communities, fisheries resources, and marine ecosystems. After the information was analyzed, the findings were shared with stakeholders through consultations. It is expected that such information will aid in making sound and informed