In honor of Belize’s passing of the law banning oil exploration in its territorial waters, Oceana Belize organized a human ‘BZE SAID NO’ sign activity on Saturday, December 15th in San Pedro Town. The event was held in front of the Central Park and commemorates the historic legislation that was signed into law on December 29, 2017, ending any potential oil activity in Belizean waters. The activity saw the participation of students, tourists and environmental activists on the island. 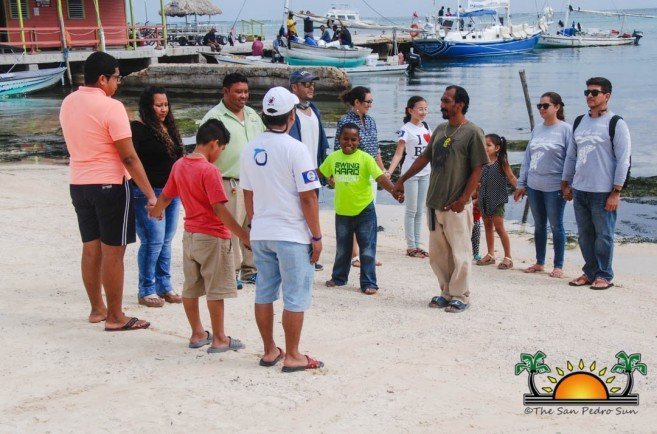 Oceana Belize Field Representative on the island, Angel Briceño, guided the many volunteers on the beach to form the human sign at 11:30AM. They all held their hands as they formed each of the letters and with the assistance of a drone, pictures were taken of the memorable sign that sends a strong message across Belize and the world. Briceño was very pleased with the turnout of the activity and reminded everyone how important eliminating the threat of oil exploration in the country is. “I feel very happy to be able to do these activities that continue reminding us of the purpose of this cause,” said Briceño. “It is an honor to be part of this movement, and I feel proud to be an advocate for the protection of our natural resources, like our Barrier Reef System.” A similar activity also took place in Caye Caulker on Sunday, December 16th. 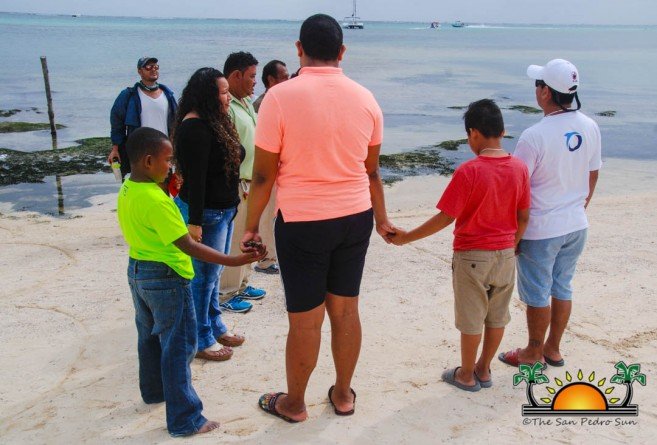 In December of last year, the whole world turned eyes on Belize in admiration, after it became a world leader in ocean/sea protection by ending any possibility of oil explorations. Belize’s adoption of a permanent Petroleum Operations (Offshore Zone Moratorium) law was welcomed by many environmental organizations, particularly Ocean Belize, which had been advocating for such law. The landmark step to protect the country’s natural marine resources, like the Belize Barrier System, saw its first start on December 1, 2015, when the Government of Belize (GOB) announced to permanently ban offshore oil exploration along Belize’s marine protected areas. In August of 2017, after a sitting of the House of Representative, GOB officially announced Cabinet’s decision to legislate and indefinite moratorium on offshore oil exploration in Belizean waters. 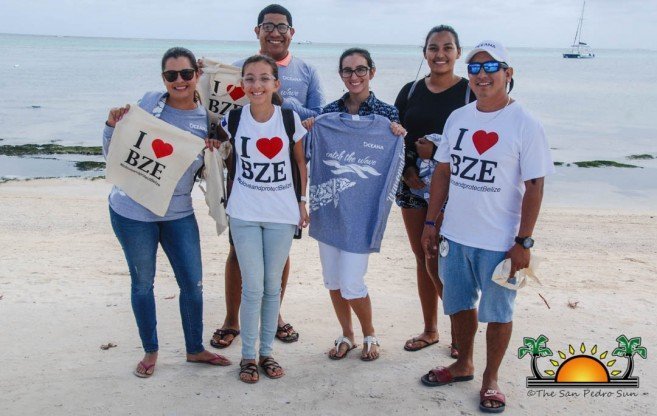 Prime Minister Right Honorable Dean Barrow said then that such decision was because of the advocacy of Oceana Belize and The Belize Coalition to Save our Natural Heritage. Barrow said that the decision was to assure Belizeans, the environmental community, investors that GOB is committed to sustainable development. A few months after this announcement by Barrow, the Offshore Zone Moratorium was signed into law at the end of December 2017. The passing of the law is considered historic and important giving Belize’s economic dependence on its natural resources and safeguarding the invaluable marine environments. Tourism-related to the marine environment like the Barrier Reef generates more than $237 million Belize dollars a year, so its health is crucial to the country’s future. The banning of offshore exploration among other activities also led to the delisting of the Belize Barrier Reef from UNESCO’s in-danger list in June 26th of this year during the 42nd annual meeting of the World Heritage Committee. The Belizean reef system had been in this list since 2009.
Oceana Belize takes this opportunity to thank everyone who came out and participated in the human sign activity. The organization also encourages Belizeans to continue advocating for the preservation of Belize’s natural resources, which are deemed as the key drivers of the country’s prosperity.

Letter to the Editor: “Taxis”