The sargassum seaweed is slowly making its presence known on the windward shores of Ambergris Caye. According to satellite images, large mats have been spotted far out on the Atlantic Ocean, entering the warm waters of the Caribbean Sea, to then inundate the region with tons of the brown algae. Island authorities are aware of the looming threat and are considering the necessary precautions to deal with the matter if its presence escalates.

Mayor Daniel Guerrero stated that a busy sargassum season can be expected this year. He indicated that his administration has a lot on its plate as they wade through the COVID-19 pandemic, but they are monitoring the sargassum edging its way to our shores. The algae has been noticed on the beaches in and around downtown, where it is slowly beginning to accumulate. 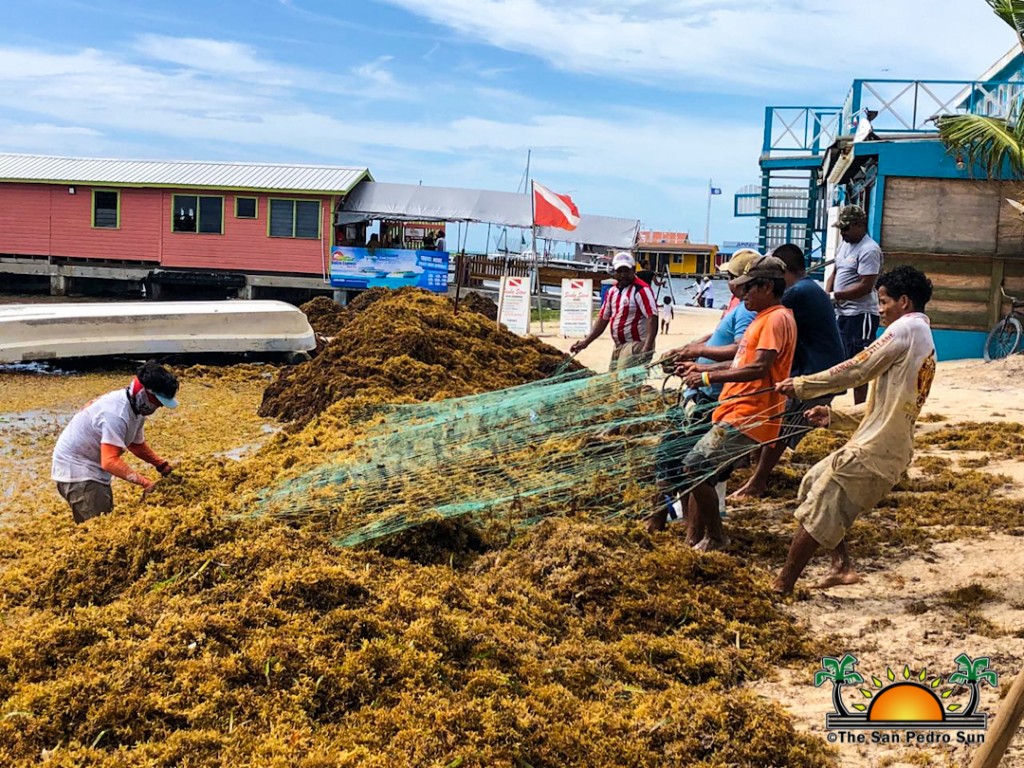 Early in the mornings, members of the sanitation department take the task of cleaning the beaches, but after a couple of hours, a thin stretch of sargassum sets back onshore.

Compared to the same time last year, the arrival of sargassum seems delayed. By May 2019, mounds of decaying sargassum were causing a dent in the tourism economy across the region. Due to COVID-19, 2020’s tourism season might be considered over, but the sargassum will still affect the health of people and wildlife on the island. The algae can deprive the marine life of oxygen, causing their death. As it rots, sargassum emits hydrogen sulfide gas or H2S, a colorless, poisonous gas with a highly unpleasant rotten-egg odor. The H2S effect is based on how much is inhaled and for how long. Exposure to very high concentrations can quickly lead to death. The common effects of inhaling low concentrations of hydrogen sulfide (10 ppm or less) are burning eyes, coughing, and shortness of breath. Repeated or prolonged exposure at low concentration levels can cause eye inflammation, headaches, fatigue, irritability, and insomnia. Exposure to moderate concentration levels of hydrogen sulfide can result in severe eye irritation, severe respiratory irritation (coughing, difficulty breathing, and fluid in lungs), headache, and nausea, vomiting, and imbalance. Effects of exposure to high levels (100 ppm or higher) of hydrogen sulfide can be serious and life-threatening, with effects that include shock, convulsions, inability to breathe, rapid unconsciousness, coma, and even death.

Over two million tons floating on the Atlantic Ocean 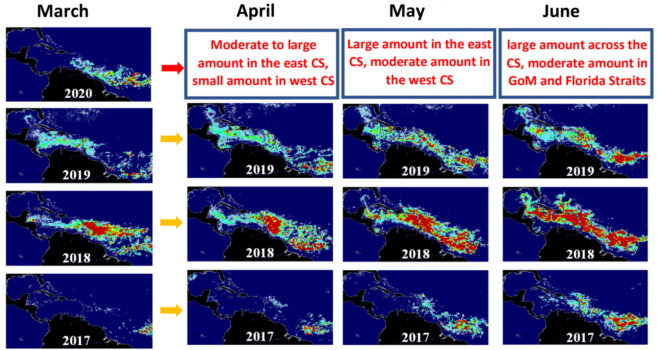 In March of this year, satellite images showed a large amount of sargassum floating on the Eastern Caribbean. According to researchers from the University of South Florida USA, that amount is more than two million tons of sargassum, which continues to increase significantly as it makes its way to the Western Caribbean.

Where does it come from?

This natural phenomenon, which affects the Caribbean region every year, has exacerbated due to the overabundance of high nutrient levels in the ocean and the increased temperature of the water. This has been traced to the inappropriate disposal of industrial waste and agricultural runoff by developed countries, which causes the seaweed to thrive. The sargassum that continues to plague Belize is believed to originate in South America, where nutrient-rich run-off from industries and agricultural fertilizers into the sea is taking place due to heavy deforestation. All this flow of nutrients into the sea makes it ideal for the rapid amassing of sargassum. As the mats grow larger, currents take the seaweed to the Caribbean region, where the warm waters add to an even better environment for its survival and growth.