« Older: Assessment on sailboat stuck on reef by Tranquility area reportedly shows no damage to the reef
Newer: » SPTC to hire temporary workers to help deal with influx of sargassum; SPTC to hold a community meeting addressing the issue 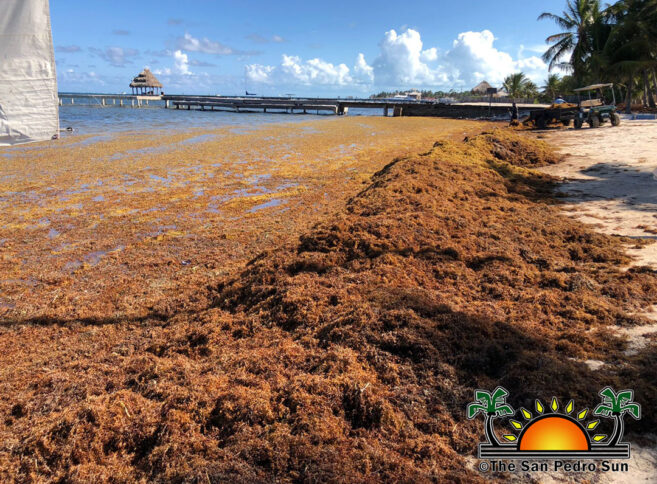 The latest report from the National Meteorological Service of Belize indicates that more sargassum is heading towards Belize’s coasts based on satellite and surface observations. Places like Ambergris Caye are experiencing massive beaching of the brown seaweed, posing a challenge to local authorities and threatening tourism. According to an April 30th report from the University of South Florida Optical Oceanography Laboratory, the overall sargassum amount has increased significantly over the Caribbean region setting a new record for April.

As sargassum continues to move over the tropical Atlantic, the Caribbean Sea, the Gulf of Mexico, and the region east of the Lesser Antilles, the total amount has increased from 6.5 million tons in March to 14.0 million tons in April this year. The report from the university indicates that this surge exceeds the previous record in April of 2018, which was 12.6 million tons.

The year 2022 is expected to be another significant sargassum year. The amounts of the seaweed are believed to more than likely continue increasing in the following months. This means that more beaching events will occur along the Belizean coasts, and places like Ambergris Caye and Caye Caulker will need to come up with a plan to tackle the problem. Hoteliers and other stakeholders along the beaches have created task forces comprised of dozens of island workers. They try to keep their areas clean for their customers, but other public beaches are choked with expansive mats of seaweed.

In a previous interview, Mayor Gualberto ‘Wally’ Nuñez said they were partnering with the Belize Tourism Board to mitigate the problem. A check with the San Pedro Town Council for an update on how they plan to tackle the situation yielded no concrete answers. However, a town council representative indicated that they are aware of the problem and are working on a plan to deal with the sargassum invasion. In the meantime, the sanitation department continues trying to remove as much sargassum as they can. 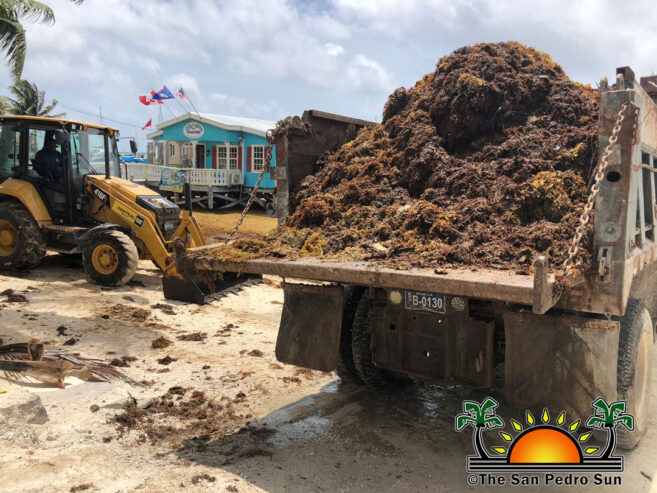 The increasing influx is alarming

Islander and marine biologist Miguel Alamilla shared that the significant increase in the biomass of the algae over the past month is alarming. According to him, the sargassum mats could get even larger as we continue into the warmer months. Alamilla said that a plan of 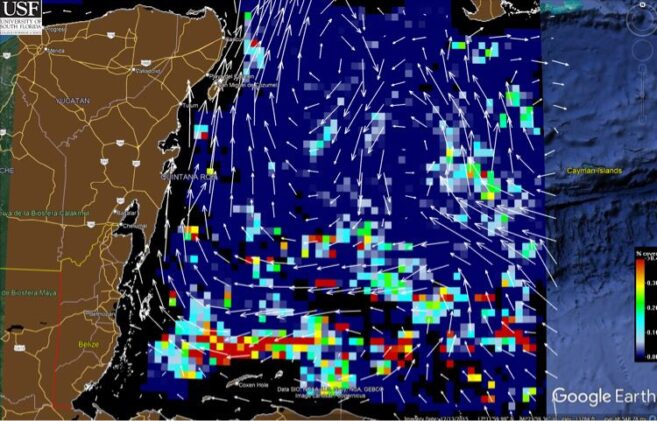 execution to deal with the influx should be in effect to address the problem efficiently. With the forecasted flow of ocean currents, countries like Belize are expected to be some of the most affected by this sargassum bloom. He believes that if the situation is not handled properly, it could dent the local tourism industry, which continues to recover from the COVID-19 pandemic.

During the past administration, local and national sargassum task forces were formed. In June 2019, the national Sargassum Task Force was comprised of the Ministry of Tourism and Civil Aviation as the Chair, the Belize Tourism Board, the Belize Tourism Industry Association, the Belize Hotel Association, the Department of Environment, the Belize Fisheries Department, the Ministry of Health, the National Meteorological Service of Belize, the National Emergency Management Organization, the Coastal Zone Management Authority Institute, the Belize Network of Non-Governmental Organizations, the Belize Port of Authority, the respective Local Governments and numerous observers and partners.

There has been no word of a new national sargassum task force from the current administration.

One case of Stony Coral Tissue Loss Disease case confirmed on Ambergris Caye; tour operators and guides are asked to be on the lookout