On Wednesday, May 11th, concerned stakeholders and residents of San Pedro Town attended a meeting held in the conference room of the San Pedro Town Council to discuss ideas on how to tackle the issue of sargassum. The increase in the influx of the brown seaweed has become alarming, threatening the tourism industry, and promoting the National Sargassum Task Force to ask destinations like San Pedro to submit a plan of action. The meeting discussed several ideas and included a presentation on how experts are dealing with the situation in Mexico. 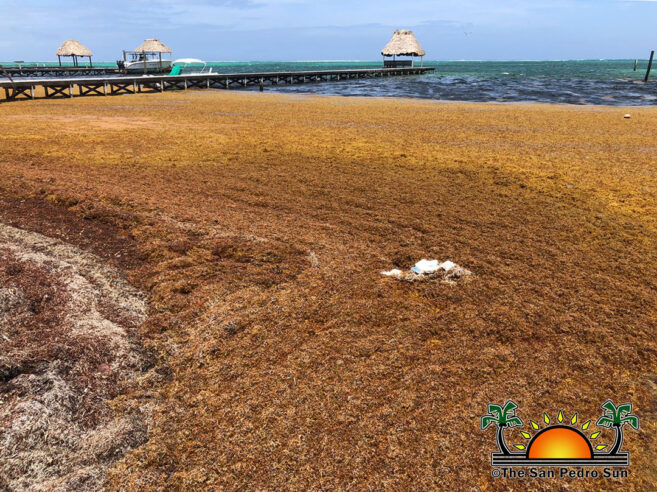 The community meeting started shortly after 5PM and included the attendance of Mayor Gualberto ‘Wally’ Nuñez, Area Representative Honourable Andre Perez, and the Ministry of Tourism. Anoushka De Brandl representing the Belize Hotel Association (BHA), opened the floor, and the discussion started. Mayor Nuñez stated that the situation is worsening and one of the solutions his administration is currently testing is the additional hiring of personnel to clean the beaches. The immense accumulation of the algae has reportedly triggered hotel cancelations because it is overwhelming certain areas with debris and a putrid smell. Some hotels have placed floating barriers in front of their properties to reduce the amount of sargassum, while others suffer the algae accumulation. 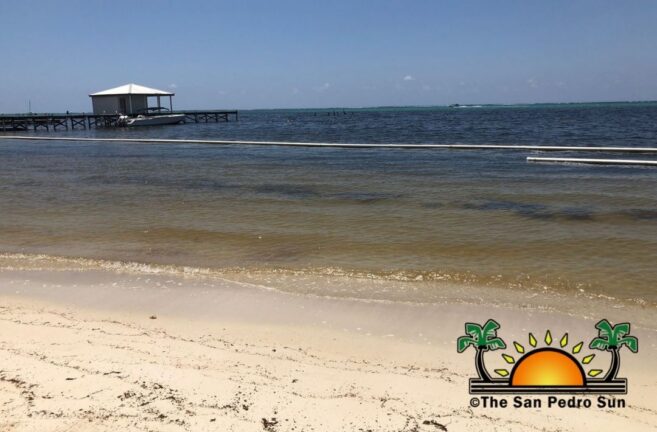 In the discussion, many stakeholders proposed that islanders come together and conduct massive beach clean-ups. They agreed that it is a problem affecting all; thus, groups should organize these clean-ups. There is manpower and the will to rescue the beaches from the seaweed’s invasion. Other suggestions asked for the enforcement of beach property owners to clean their areas. The complaint was that some stakeholders invest in taking care of their areas while others do not. The suggestions of a massive clean-up campaign were on the top list, along with every establishment to hire additional beach cleaners as the SPTC has done. 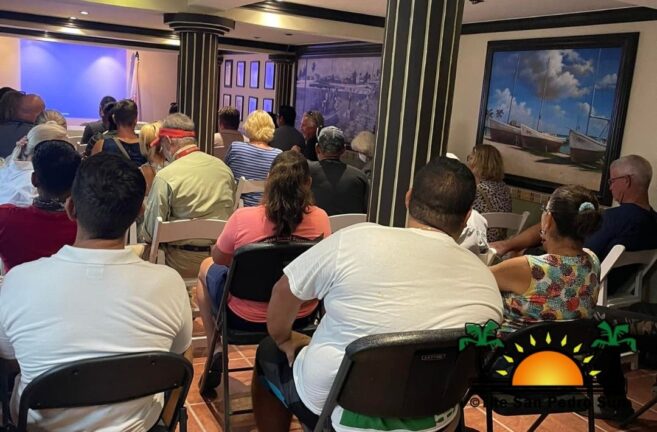 Area Representative Perez brought a pair of guests from Mexico, representing a company called Maralive. They presented how they are handling the issue in the Mexican state of Quintana Roo. Perez said that the government is exploring different ways to address the situation, and one of these is by counting on the expertise in the matter. Maralive presenter Enrique Alvarez introduced a mechanism that involves the installments of barrier booms, which will avoid the beaching of sargassum. When a certain amount of the sargassum has accumulated on these barriers, it can be scooped and removed. The presentation also features the potential use of a boat in San Pedro, this boat would stay outside the barrier reef near the channels. With a unique mechanism, it would scoop in all sargassum algae before it can drift through the channels and end up on the San Pedro beaches. Alvarez explained that this boat picks up the seaweed, has a capacity of 10 tons, and can make about 35 trips from the mainland to the sea a day. 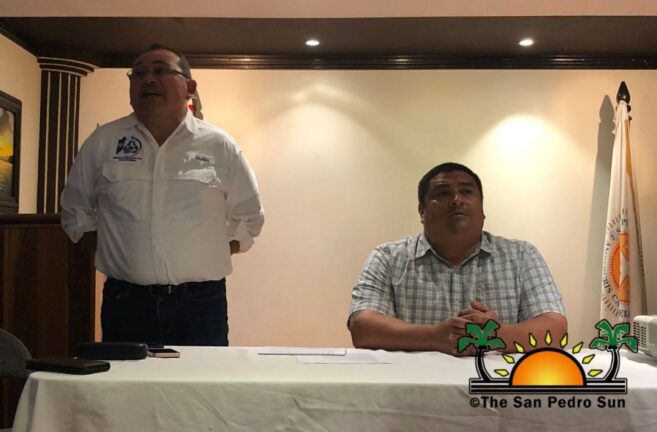 The sargassum is compressed and dehydrated on the mainland using a machine to remove all the bad substances found in the seaweed and reduce toxic gases and odors. The compression reduces the volume of the sargassum by 40% and makes its disposal less complicated. Some methods shared to dispose of the algae properly are using it for landfill, turning it into blocks and burning it like for firewood, and using it as fertilizer. These usages would require scientific studies, which someone in the audience was willing to support. 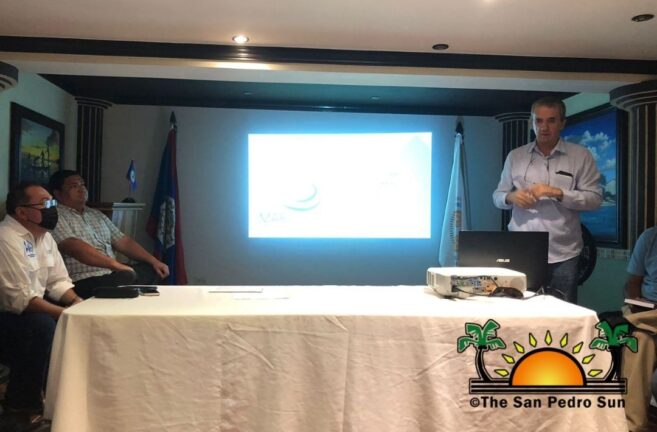 After the short presentation, it was noted that this method would be costly as the machines/equipment need to be brought into the country from Mexico. While many saw this suggestion as promising, others in the audience believe more thought needs to go into what can be done on the island by using local labor and ideas. According to some stakeholders, having a boat moving back and forth picking up sargassum will entail extensive fuel usage, increasing the job’s cost. Others in the audience stated that although there will be a high price to combat the seaweed influx, by using the manpower on the island, the cost could be a lot less than using boats. 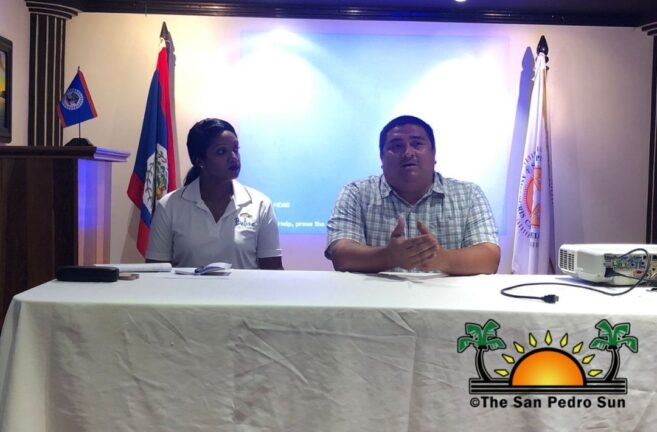 These meetings will continue in other parts of the country, in Caye Caulker, Placencia, and Hopkins. BHA will coordinate the meetings with the restive village/town councils.

We will have an update once details of a plan of action are made available.

Government is accepting written submissions regarding usage of gillnets