Osmany Salas elected as the 13th Senator of Belize


After Prime Minister Right Honorable Dean Barrow signed the commencement order for the 13th senator in October 2016, the appointment became a reality on Wednesday, January 10th. Making Belizean history, Osmany Salas, the national President of the Belize Tourism Industry Association (BTIA), was officially elected by the Non-Governmental Organization (NGO) sector to become the 13th Senator.
Prior to the voting process, the six nominees had to meet specific requirements before being formally nominated on January 3rd. Besides Salas, the other five candidates included: Pablo Collado of “Adopt a Child with a Disability”, Oceana Vice President Janelle Chanona, Edilberto Romero of Bacongo, Donovan Reneau of the Belize Council for the Visually Impaired, and Executive Director of the Turneffe Atoll Sustainability Association Valdemar Andrade. 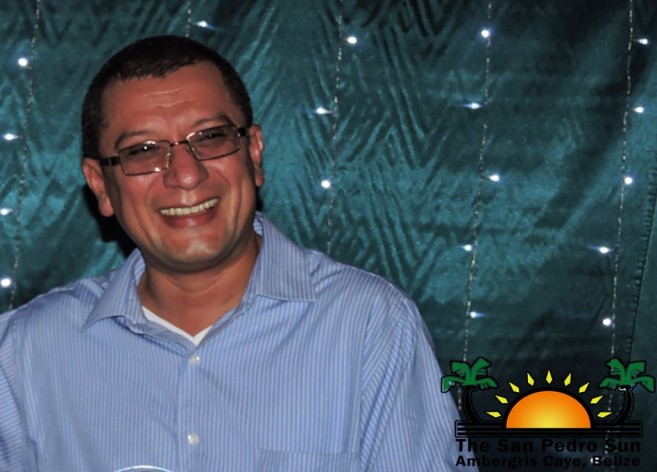 The 40-minute voting process took place at the Belize Audubon Society office in Belize City, where only 23 out of the 29 good-standing NGO’s participating were allowed to vote. The election saw two rounds, with the first involving all six nominees, and the second voted the top-two candidates. Salas gained 16 out of 23 votes in the last round, winning his opponent, Romero.
Leading up to the general and municipal elections in 2012, the proposal of the 13th senator was first promised within the campaign manifesto by the United Democratic Party (UDP). However, the notion was disregarded one-year after PM Barrow was elected into office. Salas expressed his gratitude towards the Belize National Teacher’s Union (BNTU), the Belize Chamber of Commerce and Industry (BCCI), and the Belize Business Bureau (BBB) for pressing the Government of Belize (GOB) to appoint a 13th Senator.
Salas also shared his thoughts via social media after being elected. “I was elected yesterday, and I accepted, to represent the NGO community in the Senate. It is with a deep sense of public service and humility that I embrace this new challenge in my life. I look forward to be seated at next week’s Senate meeting as the representative of NGOs, whose aims and objectives are designed to contribute to sustainable human development in Belize… As a good friend has advised me, I’ll take it step by step, listen and learn, follow my gut, and use my common sense,” he said.
However, he stated that over 120 NGOs failed to participate in the voting process because either they are not active or others have not filed their returns as required by law. Therefore, he looks forward to working hard to ensure that the NGO community is better organized and more united. He is also hopeful that his new position will add a balance to the National Assembly, given that he represents the tourism and business sector of the country. He is also planning to address issues that adversely impact the tourism industry, as well as the livelihoods of all Belizeans who directly and indirectly benefit from tourism.
According to Froyla Tzalam, Media Relations Officer for the 13th Senator Steering Committee, the relevant documents of Salas will be sent to office of the Governor General to meet the January 17th deadline. The NGOs will then meet on January 24th to discuss the terms of reference for the newly-appointed Senator.