The newly appointed Senate Select Committee met for the first time on Wednesday, October 12th. The committee had been designated with the responsibility to hold a private investigation into the immigration scandal revealed in the Auditor General report that unveiled a series of fraudulent cases in the immigration department. One of the objectives of the meeting was to name a Chairperson for the committee. However, the meeting did not go well, and not only was the committee boycotted by the Opposition People’s United Party (PUP), but a Chairperson was not elected. 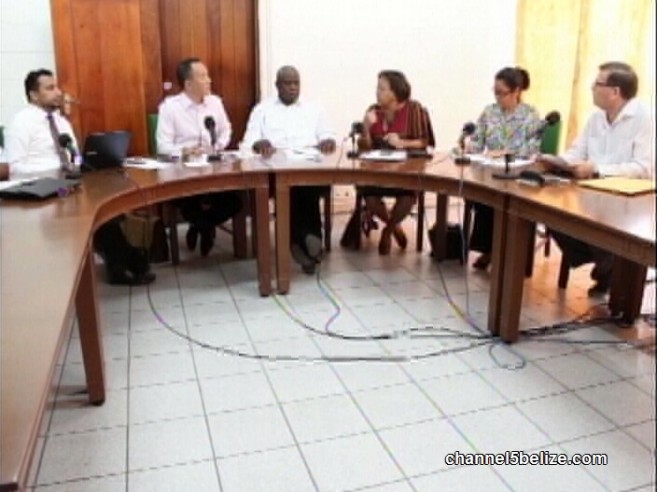 The PUP has called the creating of the Committee as bogus, and demands for an independent and impartial Senate Select Committee to be appointed. Their reasons for not agreeing with the motion created on September 30th include that Minister of Immigration Godwin Hulse voted on the motion, when he should have abstained since his involvement in the scandal is a conflict of interest. They believe that the motion by the Government was an attempt to deceive the Belizean people and the Senate. “The committee must have its own budget and members must have the power to call witnesses and legal independent experts’ advice,” stated the PUP.
The 5 member committee is comprised of two United Democratic Party (UDP) Senators: Aldo Salazar, and Carla Barnett, Church Senator Ashley Rocke, Business Senator Mark Lizarraga, and Labour/Civil Society Senator Elena Smith. In order to select a chair for the committee, it will require a vote from one of the members from the social partners and the others from the labour and business areas. The issue is that both the Labour Senator and Business Senator do not accept the present composition of the committee, which includes two UDP Senators.
Both Senators criticized the terms of reference included about Church Senator Rocke from a previous meeting. Senator Rocke has been under heavy criticism after voting against a Senate Inquiry into the immigration scandal. He was painted as a traitor to the public and Government puppet. Due to these accusations, he backed down from becoming the chairman of the committee. “After all the backlash that I’ve experienced and even threat to my family, I have decided that I will not be giving myself to this position,” said Rocke. 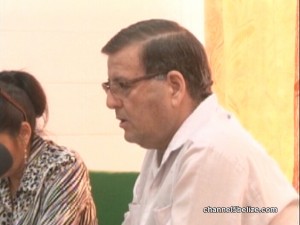 However, UDP Senator Salazar stated different reasons regarding the difficulty of selecting a chair for committee. “The understanding was that we did not wish to chair this committee, and we wanted the chair to come from one of the social partners,” said Salazar. He added that Senator Lizarraga was not consulted as to his chairing because he was present on a protest mode.
Lizarraga did not hesitate in responding and indicated that there was an overwhelming majority of supporters that wanted him to participate for the post. “However, they also gave us the mandate to seek to change the terms and the composition because they were not happy with them,” said Lizarraga. He pledged to push for a change in the terms governing the committee and its composition as well. “Those are the instructions and the sentiment of our community at this time,” he said. One of the main changes in the terms is to limit the Government’s membership to only one Senator. The new proposal will also correct what they see as the inadequacies of the investigative powers of the committee. 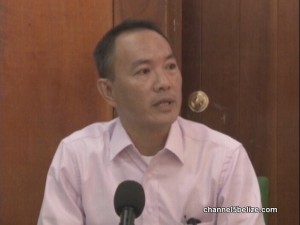 When Senate President Lee Mark Chang was questioned whether he would be prepared to entertain such changes them, he made it clear that he would not. “We have done this process two times already and I do believe as president we cannot be in reverse all the time,” said Chang. “We have deliberated with everybody, some people didn’t get what they wanted, some got what they wanted, right I think that’s it. I don’t wish to see a third motion brought to adjust this one that’s here.”
Senator Smith asked for more time before a final decision could be made regarding the restructuring of the organization if needed to. “There is a meeting that the Prime Minister has requested with the National Trade Union Congress of Belize, at which time the matter of the senate inquiry will also be discussed, since that is one of the points in the agenda,” said Smith. “I believe the people need to hear what the Prime Minister has to say and then find out the possibility of a change in the position.”
The second UDP Senator Barnett stated the chair should be appointed from someone among the social partners whether it is the churches, labour of business community. “That is our position,” she said. “However, if it turns out when we meet next time that there can be no consensus among the social partners on the selection of a chairman, we will have to proceed and government may have to assume it is not the preferred course that we would want to take.” She reminded the members that the work of the committee needs to begin in as soon as possible.
Barnett also touched on the issue regarding criticism of the restricted ability of the Committee to call relevant persons named in the auditor’s report to answer for their actions. “There is no scope being made for anybody to not be called. As long as your name is in the report, or in a questioning there is an indication that you ought to also be called, you can be called,” she said. “There is no leaving out of anybody as far as my understanding.”
A second meeting has been scheduled for Wednesday, October 19th, when another attempt will be made to appoint a chairperson. It was made clear before the meeting wrapped up, that the Chair should come from the social partner senators. In the case that none of these take up the position, one of the Government Senators will have to take the position as chairperson of the committee.