Motion for a Senate Inquiry into Immigration scandal not approved


Following the chaotic sitting of the House of Representatives on Friday, August 26th, a motion for an independent investigation into the Audit Report was placed before the senate by the Opposition, the People United Party (PUP) on Wednesday, August 31st. After a long day’s session, the votes were cast, and the motion for a private investigation was defeated with just five votes in favour out of seven. 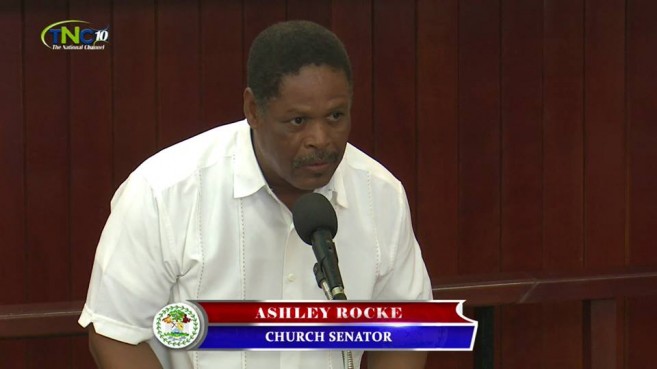 One of the votes that made a huge difference in regards to the request for a Senate Inquiry came by the churches representative Senator Ashley Rocke, who first indicated he would support a Senate selected inquiry, but then voted against it.
Before Rocke’s devastating vote against the motion, all indications were that the PUP was going to get their request. However, Leader of Government Business Godwin Hulse came to the attack as the debate continued. Hulse asked the PUP to remove the motion and proposed something new. In his efforts to divert the topic of an independent investigation, Hulse proposed a joint public accounts committee involving members of the social partners. “It would be a bi-cameral committee, meaning it will comprise of members of the Senate, the House of Representatives who will investigate the reports,” explained Hulse.
However, the PUP did not buy into it and continued pushing their motion through. But the damage had already been done and when the vote was taken to finalize a decision, Senator Rocke withdrew his previously stated support by voting against the motion.
Immediately, Rocke earned the ire of Evangelical Churches. Pastor Louis Wade sent out a release, stating. “Senator Ashley Rocke, by his singular action in the Senate today, has brought the Church into severe disrepute…Instead of voting for truth, transparency and accountability, he chose to place his tent on the side of visible, rampant corruption and cover up. We are ashamed, but we have been saying for some time that the current administration has penetrated the leadership structure of various Church institutions. Today that has been revealed to the nation in a most disgusting way. It is clear from his original speech that the Senator was to support the motion ‘as he had committed.’ We condemn in the strongest language the change of heart by the Church senator,” end quote.”
On Thursday, September 1st, the Roman Catholic Church of Belize also issued a release expressing their grave disappointment with Senator Rocke, stating that they have lost confidence in him. “We therefore call on the Evangelical Association of Churches, as substantive majority in the Belize Council of Churches, to demand the Senator’s immediate resignation,” cited the release.
The note ended by highlighting that transparency and accountability are the bedrocks of democracy and the church. The church called on all Belizeans to take note on how the pillars of democracy are being compromised. “This is a time in our nation that requires fervent payers for God’s intervention,” the released ended.
The defeat of the request for the private investigation into the Audit Report cannot be brought back for a second debate. Prime Minister Dean Barrow is expected to elaborate on the proposal for a reconfigured public accounts committee and the alarming issues of immigration. As the Prime Minister touches on these topics, according to reports, he will criticize inconsistencies in the audit.