Belize is one of three countries in the region that has yet to sign the United Nations Convention against Corruption (UNCAC). After the latest news of corruption found within the Immigration and Nationality Department through a Special Audit, Prime Minister Right Honorable Dean Barrow has announced the Government of Belize’s (GOB) commitment to finally sign the convention. The announcement came following the Belize Chamber of Commerce and Industry (BCCI) meeting with Barrow on August 31st to discuss the importance of the UNCAC.
The BCCI has been working diligently to implement systems and policies that would assist in the prevention and criminalization of corruption in Belize, even after countless rejections from the Prime Minister to sign the convention in the past. Now that Barrow has finally agreed to come onboard, the organization will form a committee consisting of BCCI representatives and Government officials that will work closely with the Attorney General’s ministry.

Senate Investigation into Immigration Scandal- the first step
In the most recent meeting with the BCCI, Prime Minister Barrow introduced the matter of the Special Audit of the Immigration and Nationality Department and presented two options to deal with the matter: the reconstituted Public Accounts Committee (PAC) or a bi-cameral Joint Special Select Committee of the two Houses of the National Assembly. However, it was agreed that the reconstitution of the PAC would require research and legislative changes, a process which would delay the start of the inquiry, and the BCCI agreed that the bi-cameral Joint Special Select Committee was the ideal option.
Afterward, the BCCI reviewed the Constitution and the Standing Orders with a view to considering and making recommendations on the appropriate terms of reference for the bi-cameral Joint Special Select Committee. Since the Senate is the only body that is given constitutional authority to investigate, it became apparent to the BCCI that the utilization of this committee may be unconstitutional. Therefore, the assumption of such a responsibility by the House of Representatives, even in partnership with the Senate, would be outside of its specified powers and could be in violation of the Constitution.
The BCCI considers that any decision by the bi-cameral Joint Special Select Committee could be challenged, and if found to be unlawful, the entire investigative exercise would be a waste of the nation’s time and resources. Based on legal advice received on this matter, the BCCI recommended that the investigation be conducted by the Senate, which is the only body that has the constitutional command and authority to undertake this investigation.
Since the bi-cameral Joint Special Select Committee cannot support an investigation by a body which may be deemed unconstitutional, the BCCI has since withdrawn wrote to Prime Minister Dean Barrow to advise him of their viewpoint. The BCCI equally calls on the GOB and all elected and appointed leaders to allow the inquiry to be conducted by the Senate.
Through a press release issued by the Cabinet on Tuesday, September 13th, GOB states that after reviewing the opposition to the bi-cameral route by the BCCI and the Belize Council of Churches, the Cabinet is prepared to support a Senate Select Committee rather than a bi-cameral Joint Select Committee inquiry into the Auditor-General’s Immigration Special Report. The Cabinet has also been persuaded to use a Senate Select Committee due to a portion of the public who prefers the Senate to conduct the hearings.
The Cabinet also agrees that one of the Social Partner Senators should chair the Senate Select Committee. Cabinet does insist, however, that the composition of the Committee reflect the balance of power in the Chamber, as is mandated by Standing Orders.
The Belize Chamber of Commerce and Industry campaigns against corruption
In addition, the BCCI continues its efforts to end corruption in Belize. They have mounted a massive public education campaign on the harmful effects of corruption to Belize’s economic development by launching its “Break the Corruption Chain”. During the annual Business Expo on September 3rd, the Chamber, along with various private sector and social partners, educated the public about the urgency for Belize to sign the UNCAC. 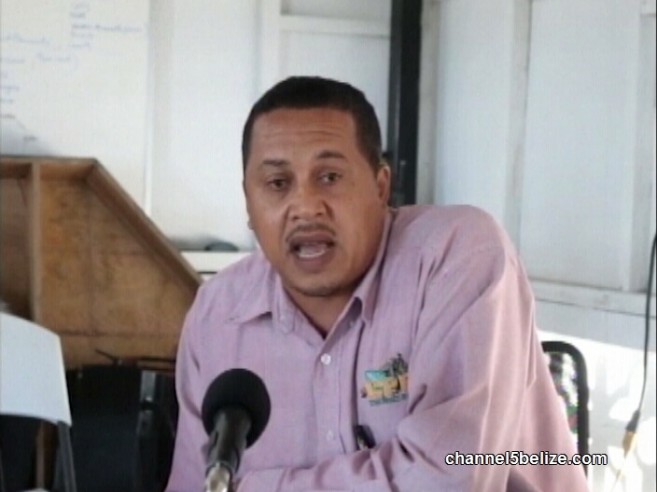 According President of the BCCI, Nikita Usher, “The Chamber alone cannot fight corruption, it has to be a nationalistic thing. If we want to save this country all of us have to embark on doing that. Signing on to the UNCAC has been a part of our manifesto from way back and it’s been decades old. In this regard we are pushing at government to look at it, we’ve been meeting with the government to look at the Public Accounts Committee because we don’t feel like the PAC is as functional as it should be right now…However, we at the Chamber have had to look at a committee that would be working with their Attorney General ministry to try and look at timelines involved. The signing is going to come of course, but there is ramifications that come behind and some timelines that have to be inclusive and so that is the working committee that we are referring to that is working with the Attorney General’s ministry on that matter,” said Usher.
The Cabinet supports a proposal from the Council of Churches and the Belize Association of Evangelical Christians that the Special Senate Select Committee be made up of the three Social Partners, one from the Opposition and three from Government. The Committee would also be chaired by one of the Social Partners.

New Chairman Sworn-in for the Elections and Boundaries Commission