Reports of the alleged manipulation of General Sales Tax (GST) audit results by the senior management of that Governmental Department have been denied by the Ministry of Finance. The accusations surfaced from a leaked letter sent to the Solicitor General of Belize by a concerned senior GST officer. The allegations have raised serious questions regarding the management of the department, and as such, the Belize Chamber of Commerce and Industry (BCCI) have demanded an investigation into the allegations made by the GST officer. 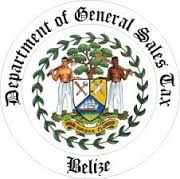 The four-page letter dated December 28, 2016 suggests intervention at the highest levels of the department to assess businesses at much higher collection figures than those arrived at by the auditor. However, the auditor in question says he was called into meetings by his superiors and says that he reluctantly did what he was told to do, even though he knew it was wrong. The auditor also added that his higher ups furthermore instructed him not to show the agents the method used to assess, which is structured to yield the highest collection figure. He also stated that while some assessments went un-appealed, others were questioned by senior GST officers.
Some examples given by the auditor included cases whereby, after being assessed for a particular amount, the reports would come back from ‘up top,’ with instructions to collect higher amounts. In one of his assessments, the final amount was $30,000, but then it was increased to $71,000. Furthermore, he mentioned that he was instructed to do the same to other tax payers, but when it was pointed out that in one case, their method would have them owing the taxpayer, he was ordered to apply such method on a case by case basis.
The letter from the GST officer suggested that there should be a standard and reasonable method of assessment for each business type that should be adhered to, regardless of the outcome.
The BCCI issued a press release on Tuesday, April 11th, stating that “the corruption and subjective application of rules are unacceptable in any society if it is to function for the benefit of its citizens, and where found, such abuse of office must be dealt with energetically, visibly and to the fullest extent possible.” It also mentions that no Belizean is above the law, not even the police officers, or the ministers of management at the Department of the GST.
A day after, on Wednesday, April 12th, the Government of Belize through the Ministry of Finance, dismissed any suggestion of manipulation by senior management of the GST Department of audits carried out by lower-level employees. The release also points out that under the provisions of the GST Act, the Commissioner of GST is responsible for the administration of the Department and the assessment collection recovery. It further highlights that “is it highly improper for a regular officer to challenge the method of assessment recommended by senior management/supervisor of Audit and it is an attempt to bring a major revenue department into disrepute.” The Ministry also notes that there are provisions within the law for an appeal to be made by any taxpayer dissatisfied with any audit signed off by the Commissioner.
According to the Ministry of Finance, the power of the Commissioner is absolutely necessary, is a matter of good administration, and provides the need for a general ultimate backstop. Government further claims that there are instances where taxpayers have sought to collude with GST staff to procure audit outcomes favourable to them, which results in revenue being deprived of its rightful tax take.
The Chamber, in view of its declared anti-corruption position, is no doubt as concerned as the Ministry to minimize that sort of occurrence. Despite Government’s statement, there were no comments about the methods that have been put into use to determine the level of taxation most favourable to Government and that auditors are not allowed to reveal their work to business agents, which would prevent them from seeing any issues with the assessment.