« Older: Presentation of Credentials to the Governor General
Newer: » Belize Signs PSA Letter of Intent with the Republic of China (Taiwan) 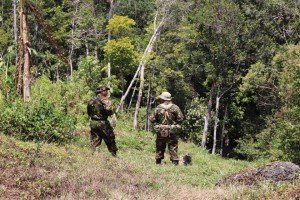 Belmopan. August 16, 2019. The Ministry of National Security hereby clarifies some false information that has been circulated regarding increment adjustment for enlisted soldiers.

In May of this year, the Ministry announced that an exercise was completed to correct an anomaly in the yearly increments for Warrant Officers, Non-Commissioned Officers, and Privates of the Belize Defence Force (BDF) which took effect on June 1, 2019. As was indicated in that release, the adjustment provided for a slight increase in most cases for the serving enlisted members of the BDF.

The increment adjustment was implemented in June 2019; however, there were some errors made in the technical application which affected those soldiers above the rank of private. Those corrections were made in July 2019 which still resulted in an increase from their salary prior to June 2019. Members were advised of the corrections via the Force Routine Orders even before they were made.

With respect to the recovery of overpayment, it has been confirmed that no payments were recovered as of date; however, all serving members of the BDF were deducted 1 day’s pay for the annual contribution to the BDF Benevolent Fund which is done in July of each year.

Members of the Force are always free to request a detailed breakdown of their salary from their unit headquarters to make queries.