Belmopan. September 9, 2019. This morning in Belize City, the Rt. Hon. Dean Barrow, Prime Minister and Minister of Finance, signed a loan agreement between the Government of Belize and the Export-Import Bank of the Republic of China (Taiwan) (EXIM Bank) in the sum of US$50M for the upgrading of the Corozal-Sarteneja Road and the construction of the Pueblo Nuevo and Laguna Seca bridges. 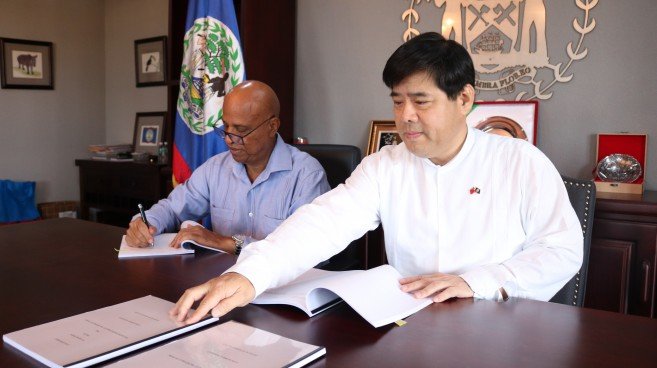 Witnessing the signing was His Excellency Remus Li-Kou Chen, Ambassador of the Republic of China (Taiwan) to Belize and the Hon. Rene Montero, Minister of Works of the Government of Belize. 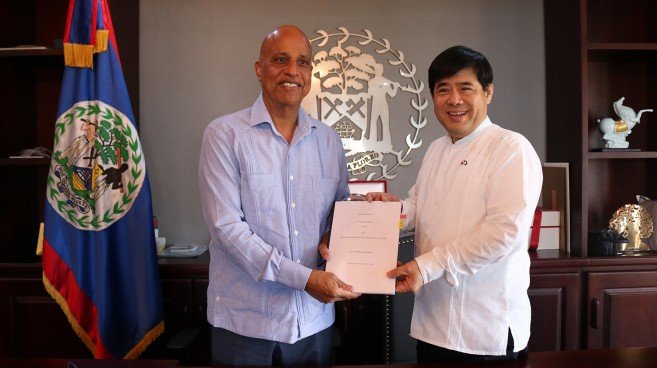 In signing the loan agreement, Prime Minister Barrow expressed the Government’s sincere thanks and appreciation to the Government and People of Taiwan for this extremely important project which will go a long way in improving the transportation network in the north of the country and which will also contribute significantly to the overall development and prosperity of Belize. Prime Minister Barrow also took the opportunity to reaffirm Belize’s commitment to the maintaining and increasing the very strong ties existing between the two countries over the past 30 years. 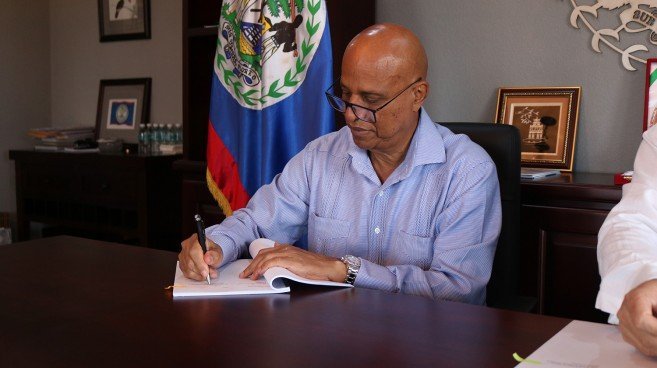 Ambassador Chen stated that “in her state visit to Belize in August 2018, H.E. President Tsai Ing-wen had the preliminary but very productive discussion about this project with Prime Minister Dean Barrow, and she fully supported this project. Through their leadership and the mutual efforts by our relevant government agencies, we are extremely pleased to witness today the signing of this loan agreement roughly just a year since its inception.” 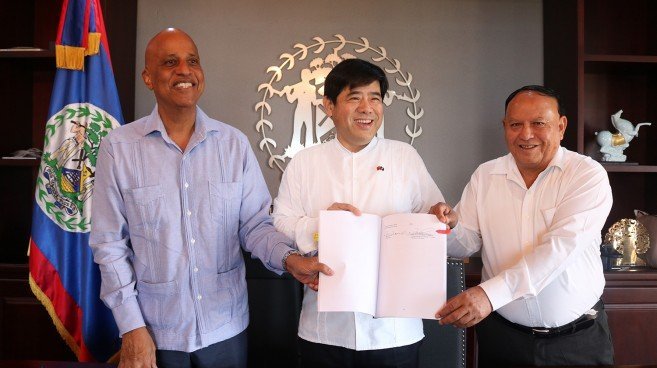 Ambassador Chen extended his best wishes to the project as not only a great success, but also bringing real and tangible benefits to the people in Corozal District, serving as a leading successful model for any future important and needed projects for all Belizean people.

Ground is expected to be broken on the project in mid-October with actual physical work to commence early in the new year.