On Friday, May 13, 2022, Hon. Oscar Requena, Minister of Rural Transformation, Community Development, Labour and Local Government, presented a bill in the National Assembly, for the repeal and replacement of the Trade Licensing Act, Chapter 66 of the Laws of Belize, Revised Edition, 2020. 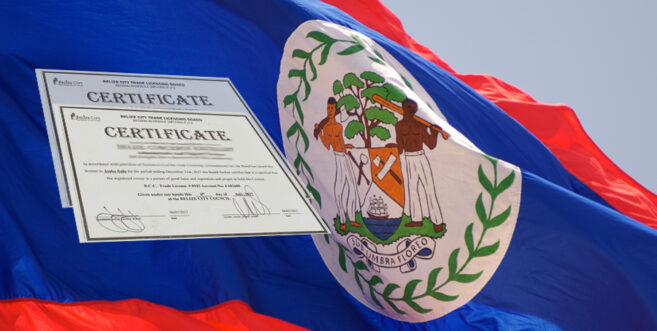 Pursuant to the presentation of the bill, and as a consequence of erroneous and misleading mainstream and social media representation, the ministry has found it necessary to issue the following statements.
1. The Trade Licensing Reform initiative dates to 2014 and has gone through an extensive iterative process that has included extensive consultation with private and public sector stakeholders across the entire country.
2. For the rural areas, the proposed bill does not levy any license requirements or fees on any street and roadside vendors or other microenterprises. The bill only considers trade licensing for business establishments with a productive footprint of 600 or more square footage; all other business types are exempted from paying a trade licensing fee.
3. Acrobats, peddlers, amusement rides, and other such forms of entertainment are currently eligible for trade licensing assessment under the existing Trade License Act. This requirement remains under the proposed Schedule 7 but ONLY for the urban setting.
4. Under the proposed Schedule 7, the fee for the local onstage live performers and entertainers such as concert performances ONLY is to be declared by the respective local authorities, but such fee is per event and should NOT exceed $200 and is NOT applicable to free and charitable performances.
5. The fees shown in Schedule 7 are a ceiling of maximum fees that may be charged. The Trade Licensing boards will use this as a guide to declare fees. The final fees will be declared after the respective boards determine the most appropriate quantum, which may be less.
6. Among other matters, the new proposed regime aims to achieve the following legal and regulatory provisions:
a. Establish trade licensing fees for license holders for a definitive three-year period; this eliminates the requirement for the local authority to conduct annual assessments for established and licensed businesses as well as provides certainty and stability for business owners.
b. Only the productive footprint of a business premise would be deemed as the assessable area; thus, eliminating common areas and amenities such as parking lots, restrooms, storage rooms and such from the assessment procedure as has been done in the past.
c. Fix the rate for a three-year period that the local authority is to utilize for the calculation of the trade license fee; currently the legally mandated rate is 25%; the rates being proposed by the respective local authorities are reduced to between 8% and 18%.
d. Consider the area (zone) of the city or town where the business is conducted so that the lower the development status of the area is, the lower the average cost per square footage charge will be.
e. Businesses are classified according to their type of productive activity; thus, license holders can compare and contrast fees assessed with other similar business establishments allowing for a more level playing field.
7. Agricultural lands including orchards, pastures and small stockholding pens are also exempted from being assessed for the purpose of determining a trade licensing fee.
For the avoidance of doubt, the public is to note, that many e-business operators, freelance auto dealers, utility service providers such as plumbers, carpenters, and electricians have applied to local councils for trade licensing to satisfy banking and financial institutions’ requirements such as the source of funds verification for deposits. However, the current legislation has no provision for the local authority to assess or grant a trade license to such entities.
In conclusion, the ministry underscores that the bill was tabled for its first reading only and has been referred to the Political and Constitutional Reform Committee for its consideration. The ministry further encourages all interested parties to make representation to the House Committee at its sitting when announced by the National Assembly. This process allows for concerns and input from affected parties to be taken into account and modifications made before the bill is returned to the House for subsequent readings.
The proposed Trade License Bill, 2022, once legislated, will not come into effect until the next trade licensing period starting January 1, 2023.