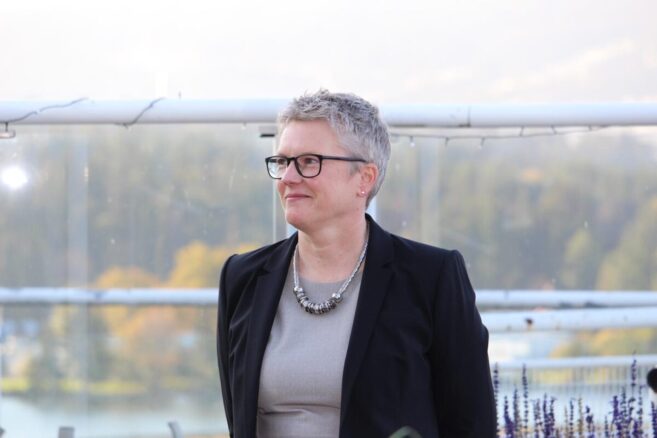 Davison said she was delighted after being appointed to the esteemed position. The official announcement was made in May of this year, and Davison said she could not wait to get to Belize to work and further the relationships between Belize and the United Kingdom.
On Tuesday, September 27th, Commissioner Davison stated that many areas are important for her Mission and Belize to work on together. These include climate change, biodiversity, equity, and diversity, among others. “One of the things I want to do is to take the time to engage, to listen widely, and to hear what people are saying about the areas where we think we can work together to best advantage,” said Davison. The British diplomat is excited to be in Belize and looks forward to getting out and exploring the country.
Nicole Davison started her diplomatic career in 1988 and has served as the British Consul General to Vancouver, Canada, since 2016. Before her appointment in Canada, she served as Deputy Head of Mission in Croatia. Davison’s diplomatic career has taken her to other countries like China, Ukraine, Bangladesh, and South Africa.