As the Zika virus continues to spread across the region and Belize, the Belize Ministry of Health (MOH) in collaboration with the Belize Tourism Industry Association (BTIA), held a public meeting on Thursday, September 15th, on the island of Caye Caulker. Zika is now considered endemic on La Isla Cariñosa. While Ambergris Caye was trying its best to avoid the new vector-disease, which is transmitted by the mosquitoes Aedes aegypti and Aedes albopictus, representatives from MOH on La Isla Bonita have confirmed the bad news – seven cases of the contagious virus, from samples sent in August, have returned positive with the virus. 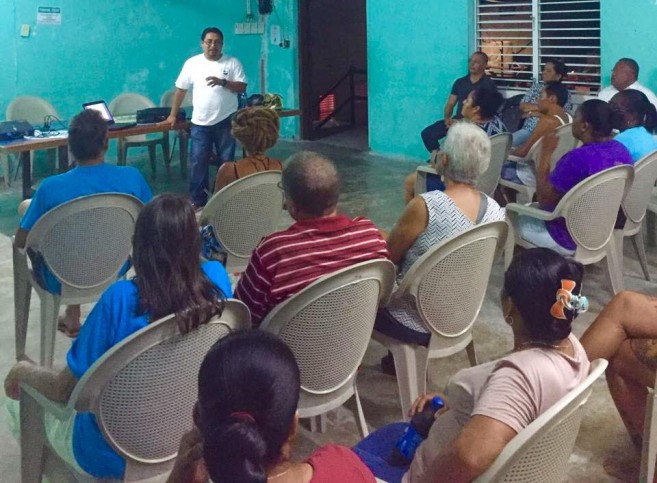 Up to date there had been 30 confirmed cases in Belize, of which eight tested positive were from Caye Caulker. That number has now increased with the new results from Ambergris Caye. Key presenters at the public meeting in Caye Caulker included DR Javier Zuniga- Regional Manager of the Central Health Region, Lorna Perez – Etymology Unit at the MOH headquarters, and Mark Bernard -Senior Public Health Inspector. BTIA representatives included Talia Tillett- Membership Officer, John Burgos Executive Director, and Stacey Badillo Deputy Chairperson of the Caye Caulker Village Council, and head of the BTIA Caye Caulker Branch.
Badillo assisted in organizing the public forum to provide vital information to the local population regarding the disease. It was emphasized that in case of contracting the disease, over-the-counter medications such as aspirin should not be taken, due to the severe complications it can cause.
The presenters, however, shared with the audience that once an individual becomes sick, the person becomes immune to the virus. In affected areas, the virus remains in males from the time of contracting to about six months. At this level, the disease is referred to be in an acute stage, and conceiving is strongly discouraged. Another vulnerability in this stage is that only 20% of persons who have the virus show any symptoms. 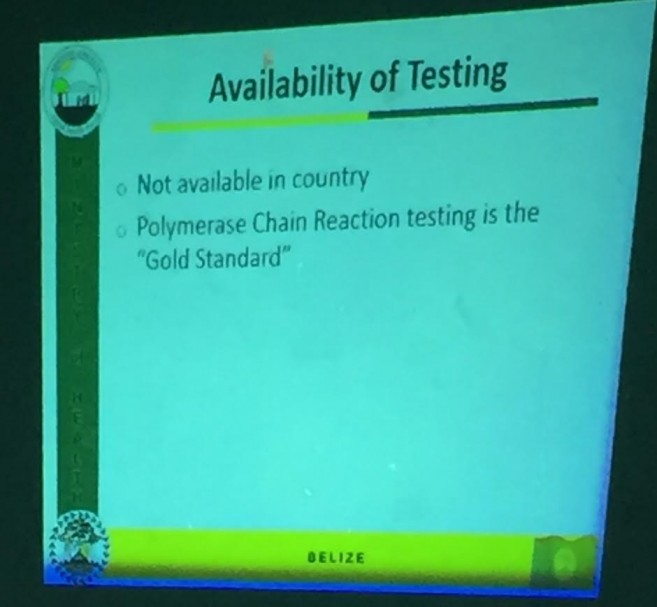 Therefore, due to the fact that 80% of the persons affected do not know, Badillo believes more public forums need to be organized to continue bringing awareness. “It is very scary. Thus, we need to continue educating our people about the need to stay safe and learn more about this new epidemic virus,” said Badillo. She stated that due to Caye Caulker being categorized as an endemic area, no more tests are being done in Caye Caulker. “Tests are being done only periodically, due to island’s epidemic state. The virus is here to stay, just like malaria and dengue and according to the presentation, the disease will always be on the island and eventually in the entire country,” said Badillo. She stated that due to the emergency situation, MOH was asked to intervene. They responded with the public meeting, in addition to campaign of awareness, and spraying all schools in Caye Caulker and San Pedro Town.
Any suspicions of the disease should be reported to the local health centres. Seeking attention at private clinics, which are beginning to offer a speedy test, is strong discouraged. “Those express tests are not accurate, thus, we continue encouraging everyone to report any potential cases to the relevant authorities,” said Badillo.
Currently, tests are only being offered to pregnant women, children between the ages of 0-5 and elderly persons above 65 years of age. Badillo explained that the MOH can only send a certain amount of specimens to the Caribbean Public Health Agency in Trinidad and Tobago where Zika testing labs are located. “You can still go to the clinics and let them know that you have the symptoms, but since the resources are limited in the Government, your name is put on a list, and whenever a batch of samples are sent to be examined, only a small amount of specimens are sent and we are not guaranteeing that every single one that is reported gets tested,” said Badillo. A very important recommendation given to persons infected is to seek isolation in order to not spread the disease. At the moment, there are no medications for Zika, and usually the body’s immune system fights it off. 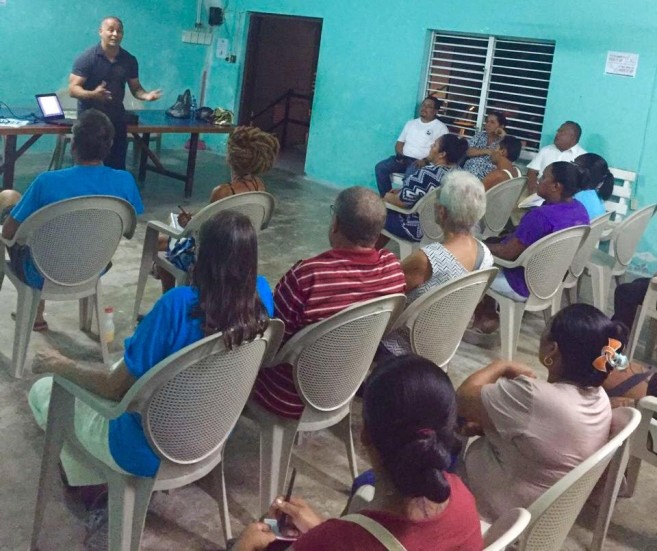 In San Pedro Town, the news of confirmed cases is new, and in order to avoid an endemic situation, MOH personnel on the island are on top of the issue. Health Inspector Horris Patten has been going around the island educating people about the need to keep their areas clean in order to avoid a more severe outbreak. “We have been spraying as many houses as we can in the past couple of days and as we do so, we asked everyone to get rid of places where mosquitos can live and reproduce,” said Patten. “Stay indoors at dawn and dusk and if you do go out, wear long sleeve shirts and long pants, and don’t forget to use mosquito repellent.” He also encouraged everyone who has suspicions of any infections to visit the Dr. Otto Rodriguez San Pedro Polyclinic II for further information and assistance. “If you have been diagnosed, protect yourself from more mosquito bites. By protecting yourself, you will also be protecting others,” said Patten. As the MOH continues spraying all properties on the island and spreading the word about the disease, Patten seeks the assistance from all residents on the island. “We can do everything we can to dwarf the spreading of this virus, but without the support from the general public, it is a bit difficult. So we ask everyone’s assistance so we can face and successfully control this epidemic,” said Patten.
Belize is the only country in the region with a very low rate of Zika infection, as health officials have been implementing an immediate prevention measures around the country. Spraying the schools for mosquitoes is just another step in Belize’s Zika prevention plan. The San Pedro Town Council is conducting mosquito spraying on a daily basis, but now individuals with foggers from the MOH are being seen spraying homes around neighbourhoods on the island.