The Pan American Health Organization (PAHO) has called for countries in the Region of the Americas to prepare for a timely response to possible outbreaks of dengue. The disease is endemic in the Region and, since its reintroduction in the 1980s, has caused cyclical outbreaks and epidemics every three to five years. 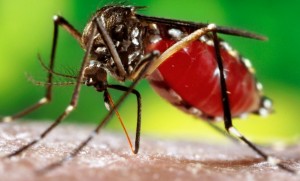 The first dengue epidemic with over one million cases occurred in the Region in 2010. Three years later, in 2013, the first epidemic with more than two million cases occurred. At the beginning of 2019, there was an increase in cases compared to the same period of 2018.
“Dengue is a viral infection transmitted by mosquitoes that is widespread in the Americas,” said Dr. Marcos Espinal, Director of the Department of Communicable Diseases and Environmental Determinants of Health. “Its complexity has been increasing over the years due to several factors such as unplanned urban growth, water and sanitation problems, climate change, and, in some countries, the simultaneous circulation of all four types of dengue, which increases the risk of serious cases and outbreaks,” he added.
According to PAHO’s latest epidemiological update on dengue, published on 22 February, 560,586 cases of dengue were reported in the Region of the Americas last year, including 3535 severe cases of dengue and 336 deaths. During the first six weeks of 2019, almost 100,000 cases of dengue were reported, including 632 cases of severe dengue and 28 deaths.
The main recommendations from PAHO focus on countries intensifying disease surveillance, as well as vector control measures to reduce mosquito populations that transmit the disease. Currently, the only way to control or prevent the transmission of the virus is the fight against Aedes aegypti, the main mosquito vector.
The organization also recommends continuing to educate the population, as well as community involvement initiatives. PAHO also requests that countries ensure that health professionals are trained in the diagnosis of dengue and other arboviruses, as well as in the adequate management of patients with these diseases. PAHO provides technical cooperation to prevent and control the disease.

Timely management saves lives
Dr. Espinal explained that the timely diagnosis of the disease has become more complex with the arrival of two new arboviruses: The Chikungunya virus in 2013 and the Zika virus in 2015, which present similar symptomatology. However, despite the introduction of these new arboviruses, dengue is the one that presents the highest number of diseases.
Dengue is also a more lethal arbovirus than chikungunya and Zika, but its treatment is relatively simple, inexpensive and very effective in saving lives. “The key is recognizing the warning signs early and providing the care required to prevent it progressing to more serious forms,” said José Luis San Martin, PAHO’s regional advisor on dengue.
If a physician is not sure whether a patient is presenting with dengue, chikungunya or Zika, PAHO recommends that the clinical management and treatment of dengue begins immediately, without waiting for a laboratory diagnosis. PAHO also recommends that the patient be monitored daily or at least every 48 hours in order to pick up on any serious warning signs, particularly during the critical phase of the disease.