Since 1994, the Caye Lobster Fest has been one of the favourite beach festivals for both Belizeans and visitors alike. This year was no exception, and the celebration of the Caribbean Spiny Lobster did not disappoint, as thousands of visitors from around Belize and abroad convened on La Isla Cariñosa from Friday, June 30th through Sunday, July 2nd, for a weekend of fabulous parties. 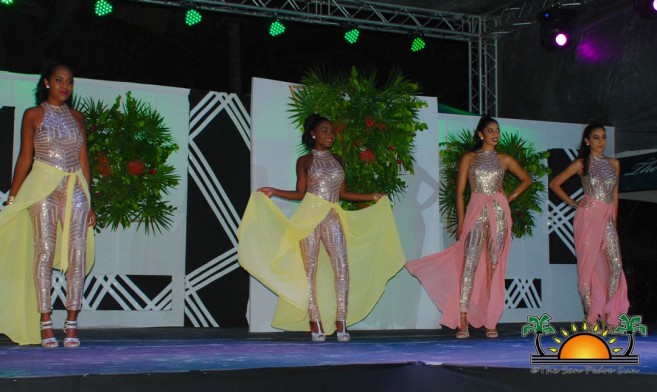 The event kicked off on Friday night, with the long awaited Miss Caye Caulker Lobster Pageant. Four contestants competed for the coveted title; Aaliyah Elijio, Aleizy Durantes, Annabella Requena, and Katleen Cutkelvin. Master of Ceremonies was the effervescent William Neal, and he welcomed everyone to the pageant held under the theme, ‘Flora and Fauna of Belize’. The stage came alive as the four young beauties sashayed onstage for their official introduction. They radiated confidence, garnering applause from the audience as they enthusiastically introduced themselves. 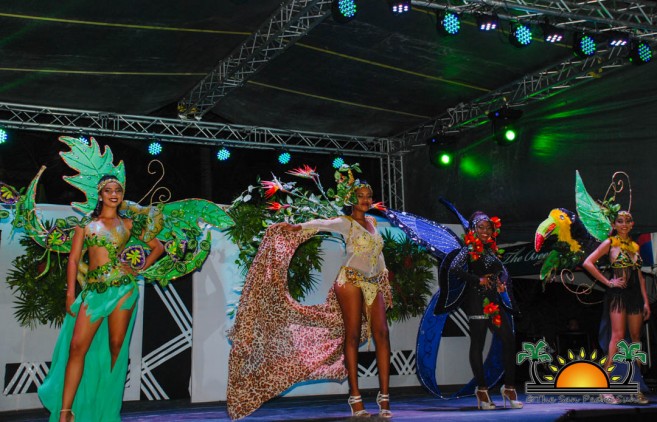 They walked off-stage to prepare for the costume segment, and the stage was rocked by a live performance by the duo Blondy-D Melody featuring Cholin El Pirata. Both young men entertained the crowd with their reggaeton vibes, and then it was time for the costumes to make an appearance. Crafted by the talented Gabriel Garcia (GMX) of Orange Walk, each girl’s costume depicted the flora and fauna of Belize. From the snakes of Belize to its national bird, the blue morpho and the birds of paradise flower, each costume was dramatic, drawing “oohs and aahs” from everyone. 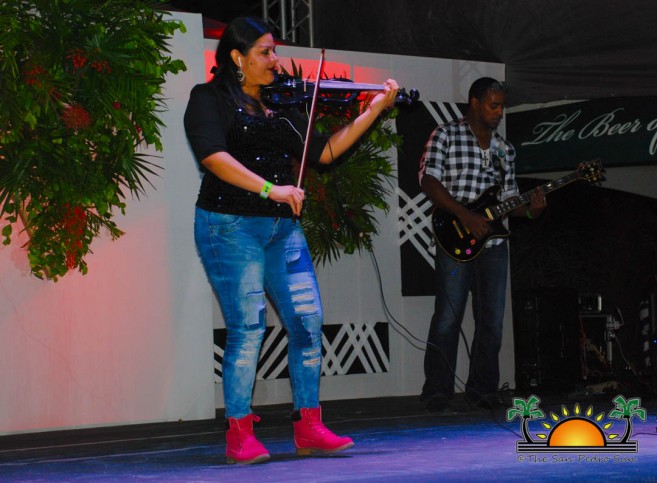 Local musicians Cindy Burgos and Leon Banks then took the stage for intermission, blowing the crowd away with their talent. Cindy’s violin and Leon’s electric guitar joined in harmony, bringing to life some of the latest radio hits. Their performance was creative, as was each contestant who made her way on stage. Tasked with creating an outfit that showcased the pageant theme, each young lady presented a unique style in ready to wear dresses. The underlying lesson from that segment was that all four beauties are conscientious of their environment, and Belize must preserve her natural heritage. 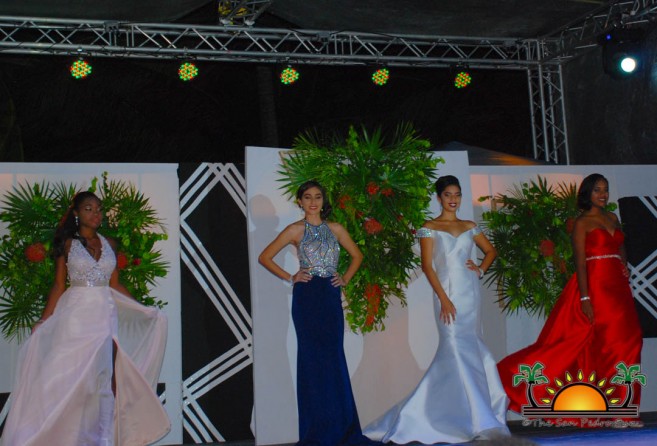 The local musical talent took over once again as Aaliyah, Aleizy, Annabella and Katleen slipped into their elegant evening wear. When they graced the stage in their stunning gowns, the applause was deafening. They smiled and modelled their beautiful gowns across the stage, ready for the next phase of the night, the final question and answer session. One by one, each of the contestants responded clearly and confidently to questions ranging from feminism, preservation and world events. The final choice would be up to the judges. Tasked with that difficult decision were Karen Pike of the Belize Tourism Board, Enrique de Leon, Director of Miss Grand Belize, and Shelley Perera, Entrepreneur and Philanthropist. 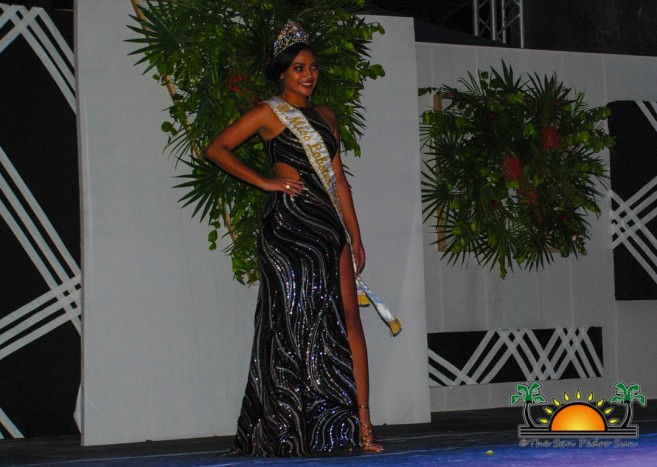 While the final points were being tallied by Gianni Marin and Fernando Novelo, a slideshow of the various pageant preparations was shared, and Miss Caye Caulker Lobster Festival 2015, Aricelli Cadle, took her final walk onstage. 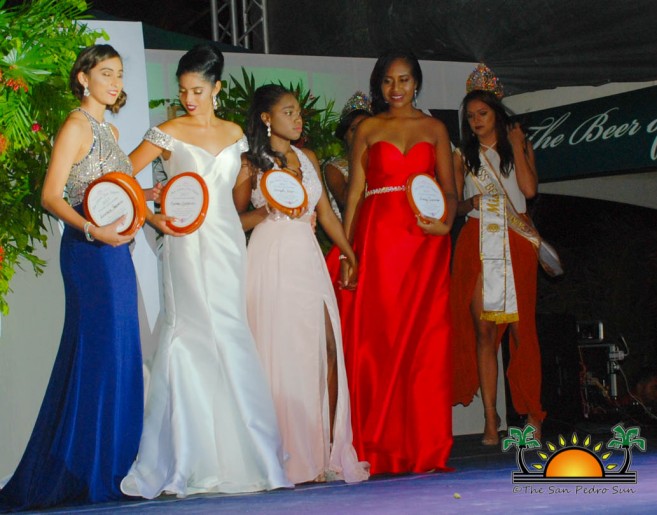 Before the winner could be announced, there were several prizes to hand out. Taking the prize for Miss Amity was Aleizy Durantes, Miss Popularity and Miss Creative was Katleen Cutkelvin, Annabella Requena was Miss Creative (tied with Katleen) and Miss Cooperative. Aaliyah Elijio was named Miss Photogenic. First Runner-Up was Annabella Requena, and taking the grand prize as Miss Caye Caulker Lobsterfest 2017-18 is Aaliyah Elijio. 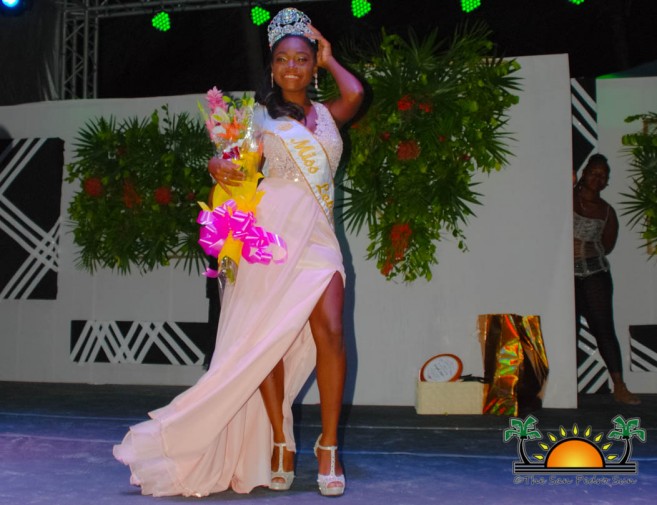 The crowd was ecstatic, and she was quite emotional as Miss Belize Universe Rebecca Rath placed the coveted crown on her head. With tears in her eyes she thanked everyone who supported her and congratulated all the other participants for their efforts during the pageant.

An after party followed, with the celebration continuing into the wee hours of the morning. 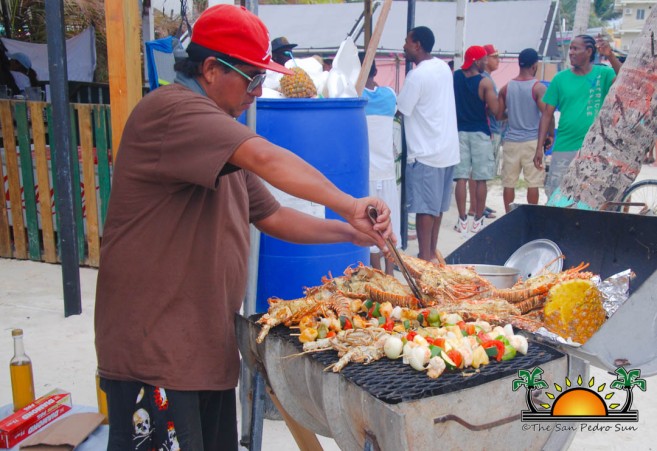 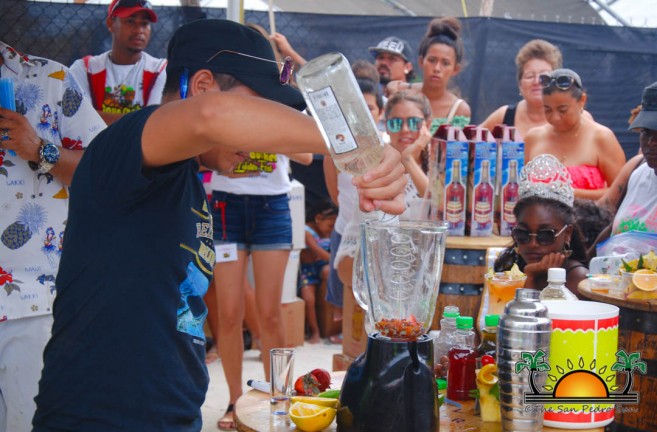 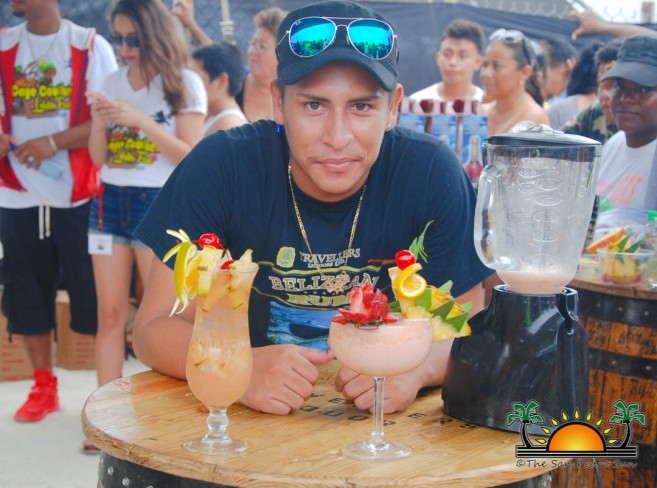 Immediately after the competition, the celebration continued with the paint and color powder party. Children, adults, and visitors painted themselves in different hues of colored powder. 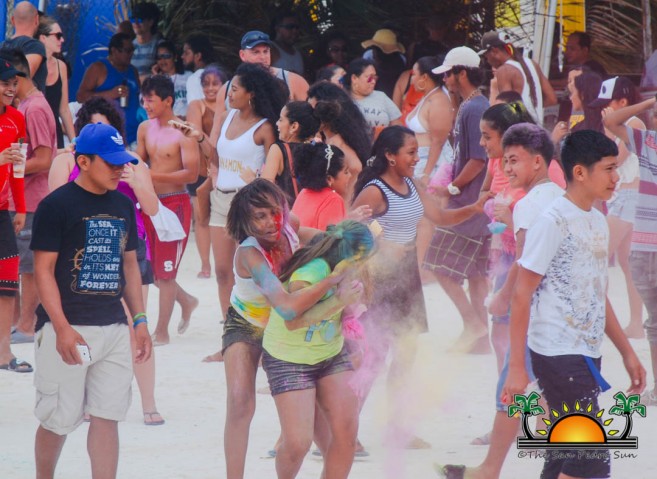 But the fun did not end there, as Belize’s Punta King – The General – Supa G, then took the stage. Hundreds of punta lovers gathered around the stage and danced to Supa G’s latest hits. A few of the spectators even went on stage to show off their dance moves. After the concert, the celebration continued until late in the evening with the ‘Dance Under the Influence’ event. Revelers cheered and danced to the tunes of DJ Jago, DJ Fayah Statah Sounds, DJ Khris, DJ Julian, DJ Clarence, and Evolution Sounds. 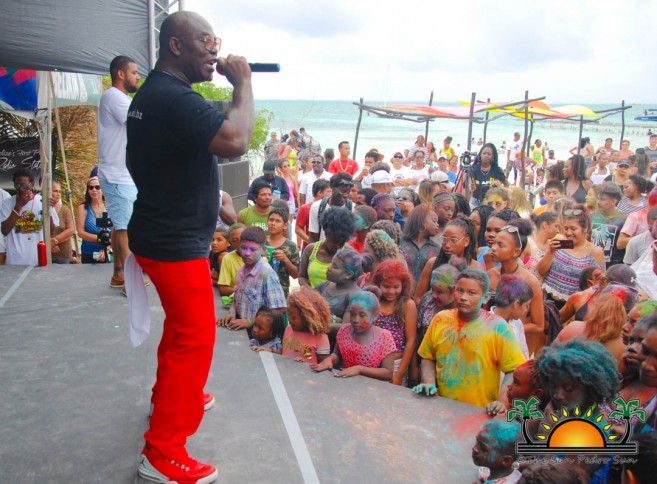 On Sunday, July 2nd, the last day of the festivities, prizes were awarded to the fishermen who brought in the largest lobsters and the biggest lobster catch. The winner for catching the most lobsters was Roque Badillo Sr. who submitted his catch of 100 lobsters. He won a cash prize of $300, two 6-pack of beers, and a t-shirt. The top prize for the largest lobster, measuring 36.5 inches long went to Zeus Novelo. He took home $250 in cash one 6-pack of beers and a t-shirt. 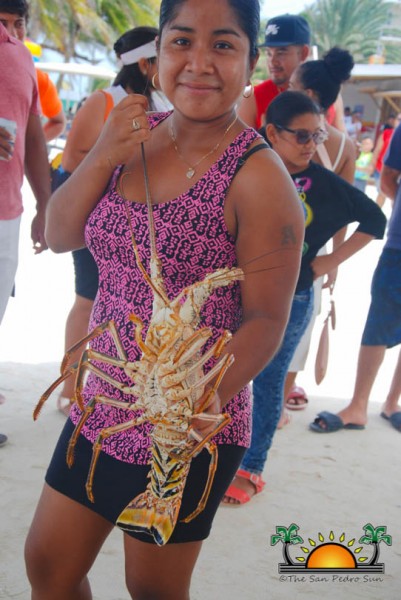 Following the competition, Supa G made another appearance delighting hundreds who quickly gathered around the stage. He sang some of his oldest hits, and had everyone dancing non-stop. The 2017 Caye Caulker Lobster Fest continued for the rest of the evening with a dance party until around 9PM.