In hopes of being the island’s next beauty ambassador, five lovely young ladies began their journey to become Miss San Pedro 2017-2018. On Wednesday, July 26th, the contestants were presented to their sponsors during an official sashing ceremony at El Patio Restaurant and Lounge. 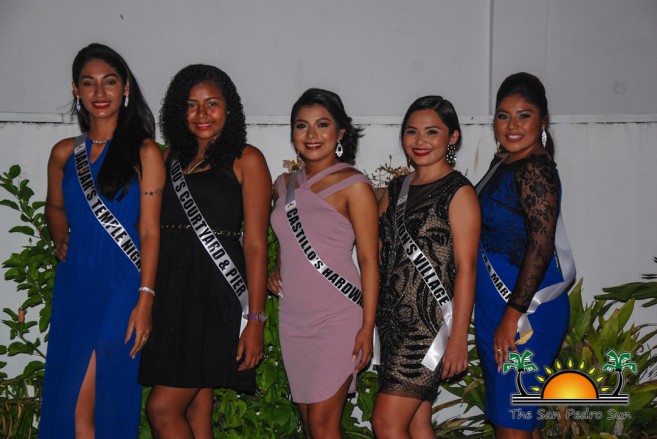 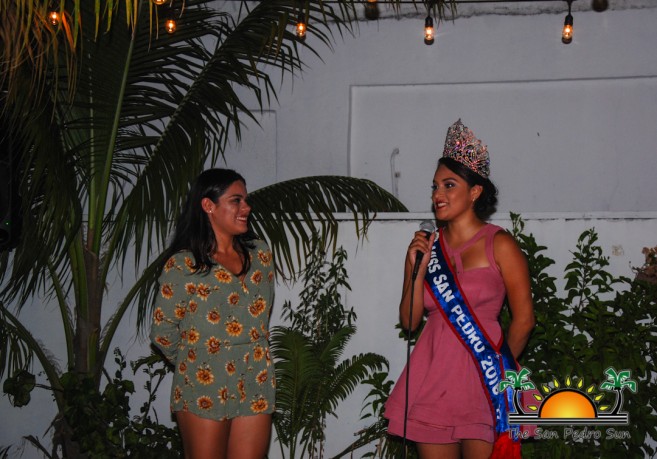 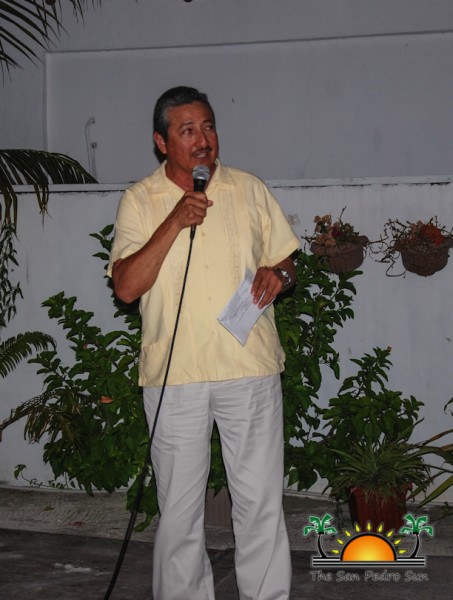 Miss San Pedro 2016-2017 Lisandra Novelo offered a few words of encouragement to the new contestants, and Mayor Daniel Guerrero followed with a few of his own. He acknowledged each contestant, declaring that they were already all winners. As he wished them the best of luck, he thanked all of the organizers and sponsors making the pageant one of the most-anticipated annual events in San Pedro.
Minister of Tourism and Civil Aviation, Honorable Manuel Heredia Jr. also spoke briefly, congratulating all five girls for their commitment and dedication to represent La Isla Bonita. He encouraged them to work hard and to do their best, and thanked all of the sponsors for their patronage.

The five contestants then made their official walk on stage, and introduced themselves to the audience. All ladies shared their joy in being part of the pageant, sharing some of their future aspirations with the gathered crowd. Representatives from Jaguar Temple Night Club, La Sirene Resort Spa and Marina, Ramon’s Village, Fido’s Courtyard and Pier, and Castillo’s Hardware then picked their contestant’s name from a jar. After learning who their sponsor was, each girl was officially presented with her sash.

A dinner followed, and all the girls had the chance to mingle with those in attendance, the first of many social events.
Ancona closed the evening off, thanking each sponsor for their continued support. Although there canonly be one winner, he assured everyone that competing in Miss San Pedro is a gateway to many other opportunities. Special thanks is given to El Patio for hosting and catering the event, and to all the girls for their participation.

The pageant is set for Saturday, September 2nd at the Honorable Louis Sylvester Sporting Complex.
The San Pedro Town Council (SPTC) and Miss San Pedro Pageant Committee cordially invite everyone to the pageant for an evening of beauty and elegance. Doors open at 7:30 and the pageant commences at 8PM sharp. See you there!