An increase in the theft of golf carts in San Pedro Town led the San Pedro Police Formation to host a meeting with concerned stakeholders. The meeting took place on Tuesday, October 25th at the Magistrate Court Room located on the second level of the police station. A handful of business operators, who are engaged in the golf cart rental business, attended the gathering to discuss the issue that is affecting their establishments. 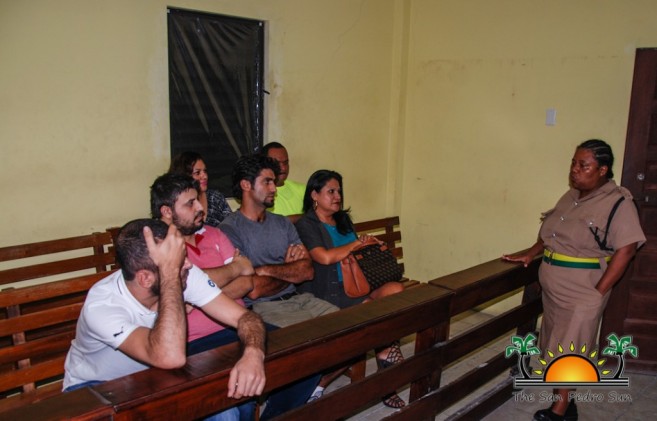 Present at the meeting were Deputy of the Belize Police Department Coastal Executive Unit Henry Jemmott, along with Officer in Charge of the San Pedro Sub-Formation Superintendent Sandra Bowden. They welcomed everyone, and quickly outlined the grave issue affecting the island. Bowden informed the attendees that since the beginning of the year, a total of 22 golf carts have been stolen. According to her this number only accounts for thefts that have been reported. During the presentation she explained which areas of the island were more susceptible to cart thefts. “The majority of the incidents have been reported from downtown to the area near Island City supermarket. A total of 16 carts have been stolen from this area of town,” said Bowden. According to her, the main reason for the increase in missing carts is due in part to negligence and not locking golf carts when left unattended. 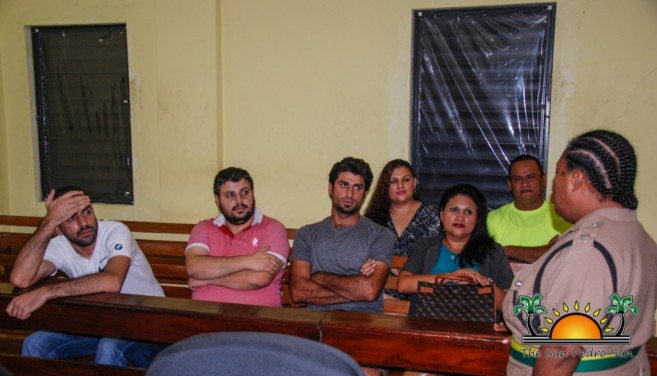 Next on the agenda was the state in which golf carts are found when they are recovered. Images were displayed, showing many of the golf carts dismantled, others without wheels and roof, while others only showed minor damages. “What we have found is that when a golf cart is stolen, their parts have been interchanged,” said Bowden. “By doing this, the owner of the golf cart will not be able to recognize his or her vehicle.” 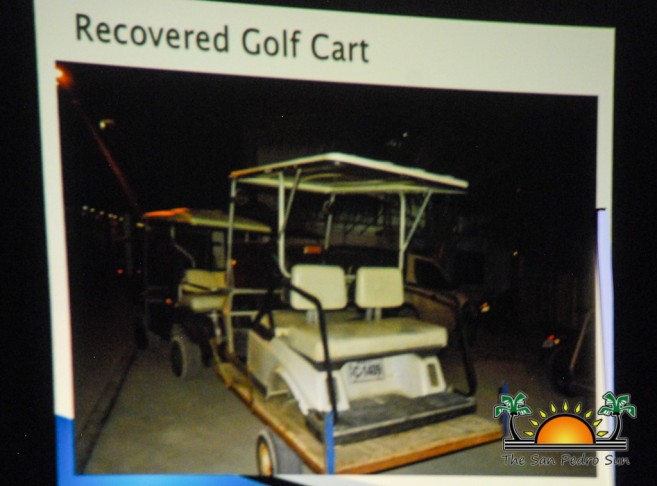 Bowden elaborated that the situation is escalating, and many of the golf cart rentals on the island have been affected. She suggested to the different stakeholders that it is important to have some sort of indications to their customers that would remind them to always lock their rented cart. The use of well-lit parking areas, particularly near areas with surveillance cameras, was encouraged. At the end of the presentation it was announced that the San Pedro Police Department will be reinforcing the quick apprehension, charging and remanding of anyone caught stealing golf carts. According to police, they cannot be lenient with criminals that are now engaged in this type of activity plaguing the island. “From now on, anyone arrested for the theft of a golf cart will be charged and remanded. We will not tolerate it,” said Bowden. 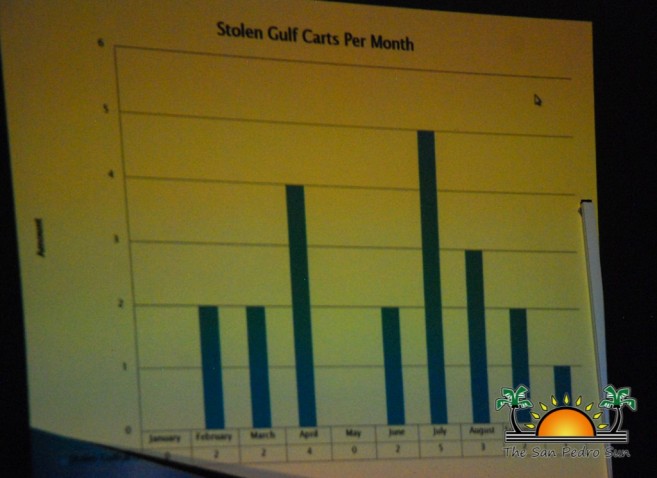 However, the business community is being asked to support the police and work together with them. Anytime there is an incident, they are to report and press charges in order to thwart such activity from increasing. “Don’t be afraid to press charges on anyone suspected or that you know committed the crime. This is the only way we can have the power to punish criminals,” said Bowden. 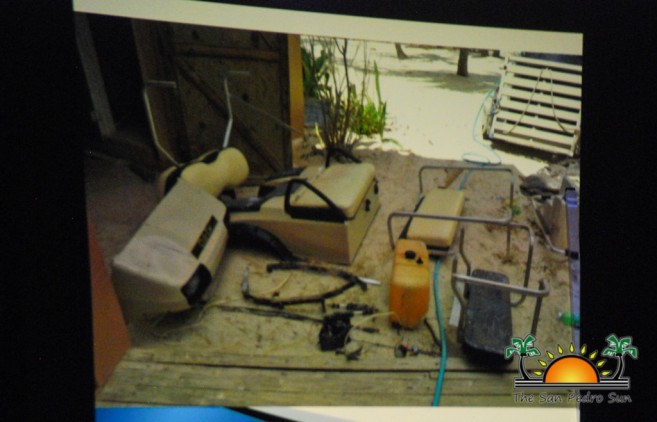 In an effort to decrease these activities, the police will be out in full force increasing their patrols and checking every golf cart in town. If proper identification is not provided, whether it is privately owned or rented, it will fall under the suspicion of theft.
To report any illicit activity in process, the San Pedro Police Formation urges the general public to always contact them at 206-2022.

The Belize Police Department responds to Incident in Caye Caulker