Crime up by 5% according to Police National Statistics Report 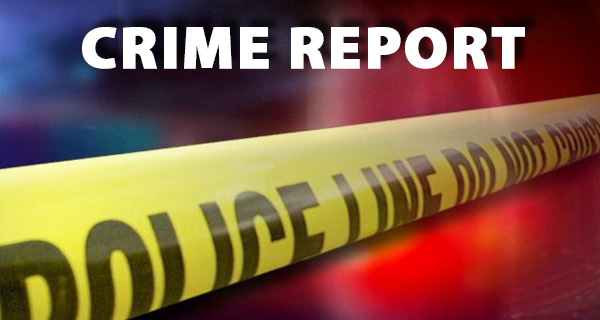 The official police statistics for the first half of 2016 has been released, and it indicates that major crimes are up as high as 4.9%. The main contributors to this figure were incidents relating to carnal knowledge, while the minimal crime activity recorded was rape.
The report showed that most of the incidences of major crimes did not happen in Belize City, but elsewhere in the country. Just in Ambergris Caye, there was a rise of crime at the beginning of the year, registering five (5) murders since the beginning of 2016. The San Pedro Police Department has revamped its presence in the various hotspots of the island in order to tackle any spike in crime.
In terms of murder countrywide, there was a marginal increase from 73 recorded for the first half of 2015 to 74 recorded for the first half of 2016. The difference may seem very minimal, however what is alarming is that there was a drastic shift in where the majority of the murders occurred. The Belize District recorded 13 less murders between January and June of this year, a decrease of 27.6%. While elsewhere in Belize the number of murders increased from 24 to 40, a large increase of 53.8%.
According to the report, most of the murder victims are young men from the ages of 15 to 44 which is considered the most productive age group. Female victims accounted for 14% in these murders. The report highlights that during these past six months, three double murders have taken place. The first one claimed the lives of two teenagers in Orange Walk at the start of February; the second involved two women, while the last one claimed the lives of two young persons over the Labour Day weekend.
In the graph below, a sharp reduction in the proportion of thefts can be noticed for the Belize District, while at the same time, it points out the increase of crime activity in other districts. During the course of the six months of the year, there was a notable spike in shooting incidents. The data in the graph indicates that March showed the lowest number of shooting incidents, with February recording no changes. The months with the largest increases in shootings were January and May. 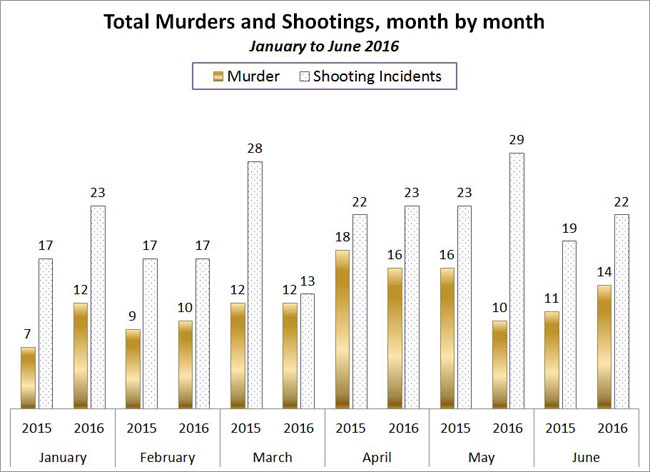 The graph also shows that there was a decrease of 33% in murder arrests. In the same period of 2015, there were 36 recorded murder arrests compared to 24 this year. The overall trend for arrests involving major crimes went up by 6%. Meanwhile, activities with notable increases were burglary and theft, with increases of 27% and 37.5% respectively, and the lowest arrests reported were on sex crimes. 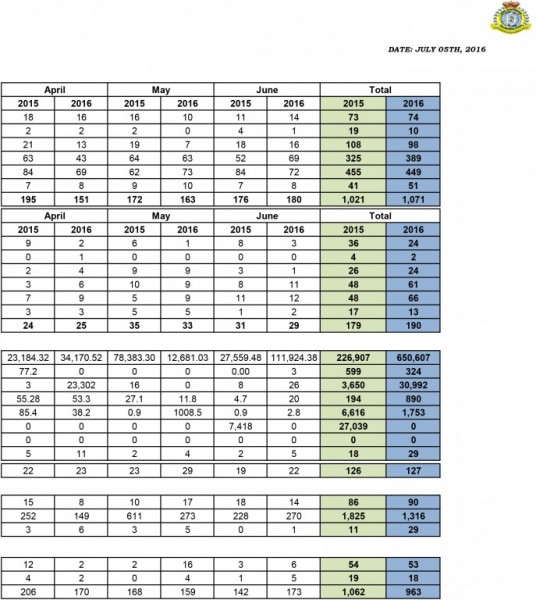