The United Democratic Party (UDP) is gearing up for their National Convention set for Sunday, March 20th. The convention will serve to elect the party executive body and is to be held at the Ecumenical College Auditorium in Dangriga Town. So far, there are no official persons in the running for the available position of Party Leader, First Deputy Party Leader, Second Deputy Party Leader, National Chairperson and Vice Chairperson. Interested members had up to Friday, January 29th at 5PM to submit their application to contest any of the available positions. 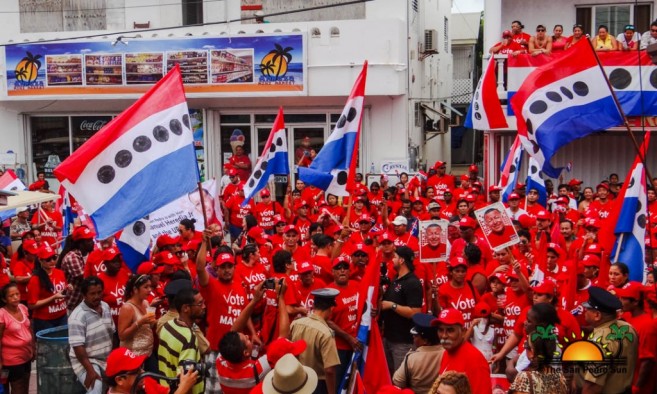 At this convention, current Prime Minister and Leader of the UDP, Honorable Dean Barrow, will not be contesting the position of party leader again, as he is planning to retire in the coming years. “We’re having a convention next month which is not really the convention; it’s sort of an interim convention. We are going to try to get a dispensation from that national convention in March, which is the supreme organ of the party, so that we do not have to hold another convention in two years’ time. We will ask and fully expect it to be done that the date for the next national convention be fixed by January 2020. By the end of January 2020 there will be a convention to elect a new leader of the UDP. I want to go by January so that whoever emerges as the leader can become prime minister and have the nine months and prepare the party for general elections at the end of that year. I can tell you while it’s a long way away, already we have a sense of who the aspirants and their exploratory campaign has already started and so it’ll be some interesting time ahead,” said Barrow during an interview. For now, it is expected that no one will contest for the position of party leader in the March 2016 Nation Convention, but that will not be confirmed until an official statement is released.
Only 560 party members are eligible to vote in this convention: 15 delegates per constituency, two past leaders, two delegates each from the youth arm and the women’s arm, 62 votes from elected mayors and councilors in the towns and cities, the five UDP senators and the remaining members of the UDP Central Executive and the Secretary General.