A historic event in Belizean politics took place on Monday, March 27th, when its Senate voted down a Government bill. The measure, called Protected Areas Conservation Trust (PACT) (Amendment) Bill, proposed the introduction of an additional development fee to be collected from non-Belizeans when departing the country via air transportation. The Government of Belize (GOB) argues that the new fee is crucial to help increase the revenue of the upcoming fiscal budget, thus, they will be presenting the bill to the Governor General for an assent, despite being voted down.
The PACT Amendment Bill, which is considered a ‘money Bill,’ received a seven to six vote, with all social partners voting in opposition. Also casting his vote for the first time was the 13th Senator, Honourable Osmany Salas. It is very important to mention that the vote of the 13th Senator made a major difference, and many believe that if there would have been a 13th Senator in past administrations, Belize’s political landscape would be different. 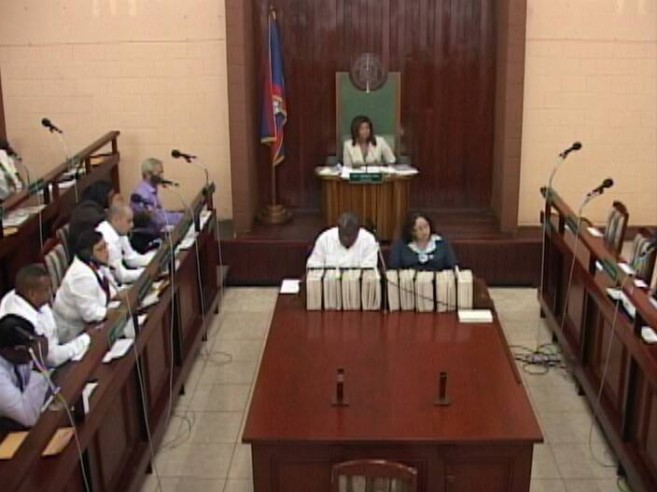 The Senate decision to go against the measure has delayed GOB’s intention to collect the additional fee scheduled to start on April 1st. The Government is expecting to raise $11 million dollars in the next fiscal year with this measure. If approved the BZ$32.50 will be added to the current Conservation fee of BZ$7.50, which, combined with the other fees, will increase the departure tax for visitors to BZ$111.00 or roughly US$56.00. This is an increase that raised much concern among stakeholders in the tourism industry.
Implementation has thus been delayed by a month, and since the revenue measure goes along with the national budget, Prime Minister Dean Barrow is pushing for its approval, despite the Senate’s vote against it.
In an attempt to get it approved, on Wednesday, March 29th, GOB issued a press release announcing its intentions to get the PACT Bill validated by Her Majesty’s Representative the Governor General. In doing so, it intends to disregard the Senate’s decision. The release states that the country’s Constitution allows for a money bill defeated in the Senate to be presented to the Governor General for his assent in accordance with section 78(1) of the Constitution of Belize, which states the aforementioned.
Salas argues that even though Government claims to have the right to seek approval of the bill, the development fee has nothing to do with PACT. “The PACT legislation was amended to slip that in,” he says. “That will not benefit PACT and its beneficiaries in anyway.”
The idea that GOB will not take into consideration the vote from the Senate sparks the question as to why the need for a Senate, if this is the case. “They are sending an interesting message out there,” says Salas. “They really don’t care how the Senate felt about it.”
According to Senator Valerie Woods, it is clear that Government continues to demonstrate time and time again that it does not want a Senate that functions as a check and balance. She describes this recent action by the Barrow administration as a slap in the face to conservation, since she claims that Government is intending to use the PACT mechanism to introduce a law that can bring serious implications to the country’s economy.
The Government has projected a package of $1.1 billion dollars in revenue and expenditure for the new budget. However, in order to even balance it, some $100 million must be borrowed first. This is another issue in which many stakeholders have raised concerns as it will continue to increase the national debt. Additionally, with the proposed increase in the departure fee the negative impact on the tourism product is another fear expressed by tourism sector.
The 2017/2018 national budget already includes cuts in important Ministries such as Health, Foreign Affairs, and Home Affairs, under which the police department falls. Meanwhile, the Ministry of Finance, which Barrow holds, will see an increase of $10 million.
Despite all the criticism and rejection from the Opposition and Social Partners Senators, the remaining budget for the fiscal year 2017/2018 was approved on Monday, March 27th by the Senate.