The decision by the Government of Belize (GOB) to increase the departure fee for non-Belizeans flying out of the country has raised concerns within the tourism sector. The introduction of the new fee is part of Government’s move to raise an additional $80 million in tax revenues for the new fiscal year that commences in April 1st. 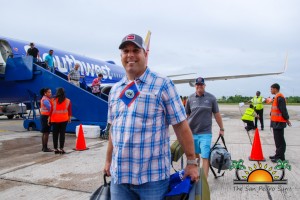 This measure from GOB is expected to yield approximately $11 million in revenues from this particular tax on non-Belizeans. The current departure fee is comprised of a BZ$7.50 conservation tax, BZ$5 security fee, BZ$30 ticket tax, and a BZ$36 airport development fee, totalling BZ$78.50 (US$39.25). According to the proposal from GOB, they intend to increase the BZ$7.50 conservation fee to BZ$40, which, when added to the remaining fees, brings up the new Departure Fee total to BZ$111 (US$55.50), for a total increase of BZ$32.50 or US$16.25.
One of the tourism organizations strongly opposing to the new fee is the Belize Tourism Industry Association (BTIA). They believe that this change in the departure tax will damage the tourism industry and claim that they were not consulted in such decision. They are asking the Government to withdraw the proposal.
In a press release on Wednesday, March 15th, the BTIA stated that the potential negative impacts to the tourism industry through an increase in the departure tax has not been properly analysed nor have industry stakeholders been consulted. “Belize is already a tourist destination with high costs in comparison to the region. Belize must remain competitive, not more expensive as a destination.”
John Burgos, Executive Director of BTIA also commented on the damage this new legislation can cause to Belize’s tourism product. “I don’t see anything positive coming from that. We are not fighting for a different country, we are fighting for our country, our industry and I think that Government should give the opportunity for the private sector and stakeholders in tourism to be able to share their views,” said Burgos.
Last year, the tourism sector was one of the few leading sectors in helping keeping unemployment figures down. A 13.2% increase in overnight tourism arrivals was recorded in 2016, and now the concern is that this new tax measure could threaten to increase the levels of unemployment. This would be attributed at the decrease of tourism arrivals to the country because of this new proposal.
The BTIA contends that the current departure tax is already expensive for a family or group visiting Belize. They believe that if GOB passes this new measure, Belize will have one of the highest levels of departure fees in Central America and the Caribbean. They claim that countries like the Bahamas and Costa Rica have rescinded proposals for increasing this type of tax due to the negative impacts it could have on their tourism industry.
In an attempt to persuade the Government from passing this new measure, the BTIA has suggested that the GOB establish a policy allowing visitors from Mexico to travel to Belize with a Belize-issued tourist card and be exempted from paying departure fee. “This will promote tourism arrivals to Belize from the huge Mexican market,” added Burgos.
At this time it is uncertain if the GOB will consider BTIA’s recommendation.