February 9, 2020 has been set as the date for the ruling United Democratic Party’s (UDP) National Leadership Convention. The announcement was made on Saturday, August 10th, during the party’s National Party Council meeting. The anticipated convention will take place at the Belize Civic Centre in Belize City, and the two candidates contending the leadership post are Honourable Patrick Faber and Honourable John Saldivar, two senior UDP ministers. 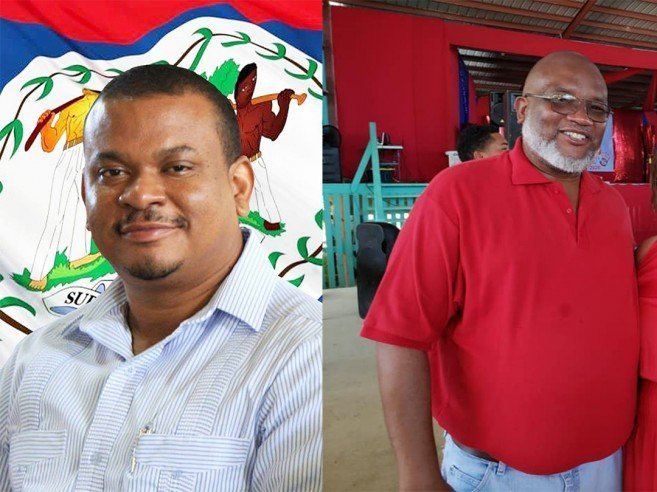 Faber is currently the Area Representative for Collet, Minister of Education, Youth and Sports, Deputy Prime Minister and Deputy Party Leader in the UDP.

Saldivar is the Area Representative for Belmopan and Minister of National Security. Their intentions to lead the party was made public in March 2016, after the post for First Deputy Leader was vacated by former Deputy Prime Minister Honourable Gaspar Vega.

An aggressive campaign followed for about three months between Faber and Saldivar. On Election Day, May 29, 2016, over 500 selected delegates from the 31 electoral constituencies cast their votes at the polling station on Freetown Road in Belize City. When the final tally was announced, Faber was declared the winner, claiming the post of First Deputy Leader of the UDP with 336 votes, compared to Saldivar’s 248 votes.

This was Faber’s second attempt in capturing this post. In 2013, he ran against Vega and only garnered 233 votes out of the 544 that were cast. Vega received 311 votes and retained the First Deputy Leader seat.

Saldivar is known for being into sports and having shares in one of Belize’s top football clubs, the Belmopan Bandits. However, in October 2016, a leaked document associated Saldivar with William ‘Danny’ Mason, an international con-artist accused of being involved in the murder of Pastor Llewellyn Lucas. The Pastor’s head was discovered by police in the pan of Mason’s pickup truck, which led to his and four other persons’ arrest. The leaked document released on October 17, 2016 revealed a business relationship between Mason and Saldivar, who was the Minister of Defense back then. Following this allegation, Saldivar was placed on a one-week leave as per Prime Minister Dean Barrow’s administration.

Saldivar did not deny entering into an agreement with Mason as a partner in sponsoring sports and reported that he had accepted $50,000 from Mason as a contribution to his Belmopan Bandits football team. Saldivar firmly stated that this was the extent of their business relationship and claimed that he has disassociated himself with Mason since September 2015 after learning of Mason’s “unsavory” past.

After his one-week suspension, Saldivar resumed his ministerial duties. According to a press release from the Government of Belize, the resumption was based upon the Prime Minister’s receipt of a legal opinion concerning the question of whether the minister continued in a relationship with Danny Mason after September of 2015. The opinion concluded that Saldivar and Mason were not in a business or other relationship after September 2015.
Later on, Saldivar’s ministry was changed to that of National Security. His ministry now oversees the Belize Defence Force, Belize Coast Guard, Belize Police Department, and the Belize National Forensic Science Service.

In February 2020, the decision to choose the next UDP Leader will be the responsibility of 560 delegates. A total of 496 delegates will be chosen from all 31 constituencies. Currently, all UDP municipal members make 41 votes, while members of the party’s central executive counts with 23 votes.