The faculty, staff and students of the San Pedro High School (SPHS) took the opportunity to honor the male Softball team on Monday April 15th. The team won the National Secondary School Softball Tournament championship for the second consecutive year on March 16th. To celebrate the back to back win, the SPHS held a special award ceremony followed by a parade through the principal streets of San Pedro Town. 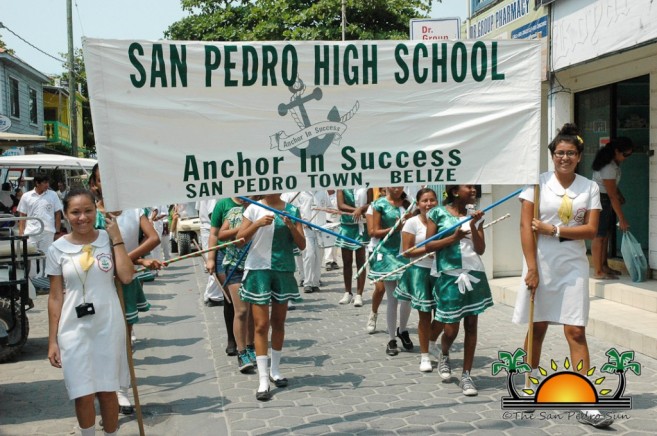 Six seniors, who are expected to graduate at the end of the school year, were amongst the students that were recognized for their dedication to the team over the past two years. As their names were called, the student body applauded them one by one as they got on stage to be recognized. Following the assembly, the team members got on a truck and joined the other students in a school parade led by the SPHS marching band. 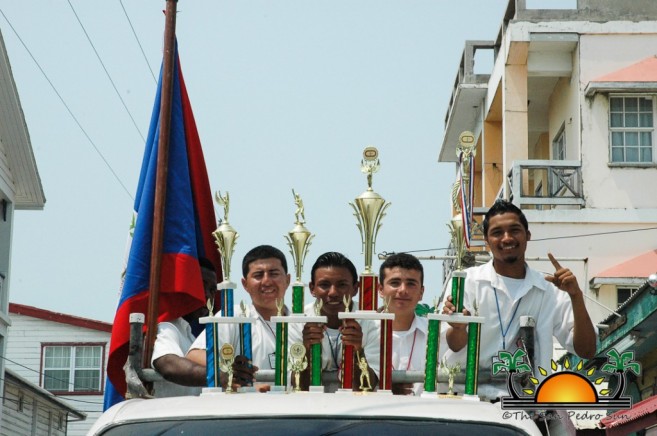 Students held banners high, indicating their appreciation to the team and their favorite players. The team members for their part, with their individual medals, proudly held their trophies high into the air as they made their way through the town’s streets. 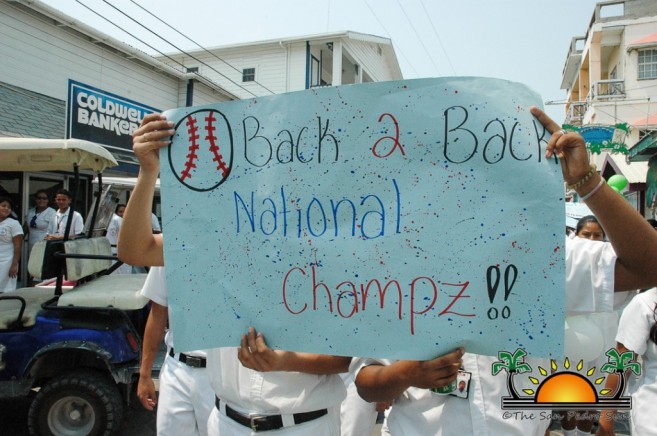 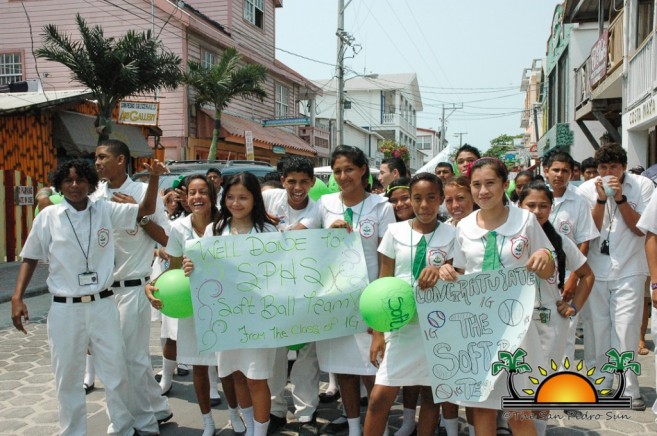 Congratulations once again to the SPHS male softball team for a phenomenal job at the tournament.