10 vessels participated in the 2015 Captain Morgan’s Retreat Wahoo Challenge. The annual event was originally scheduled to take place on Sunday, January 4th but due to inclement weather conditions, it was postponed to Sunday, January 11th. All teams had 12 hours to fish and catch the most Wahoo and Dorado, and the team with the highest cumulative weight of wahoo would win the tournament. At the end of the full day fishing tournament, Team Flyn Fish took the top prize. 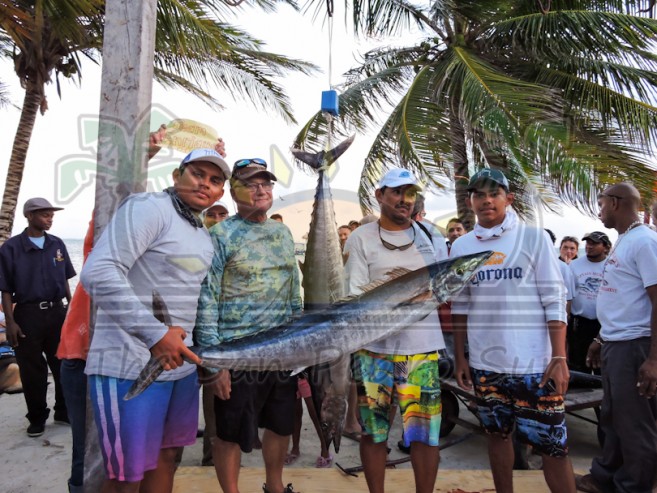 This Wahoo Challenge was no ordinary feat, as the teams had to brave the turbulent open waters outside of the Barrier Reef. The day proved difficult for catching wahoo, but a couple vessels still managed to reel some in. Flyn Fish captained by Enrique “Ricky” Marin Sr. pulled in two wahoo, a 42 and a 38 pounder. 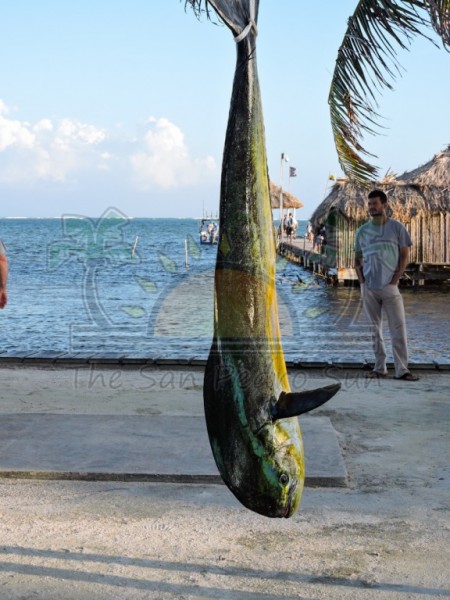 They ended the competition with the highest grand total wahoo cumulative weight of 80 pounds. For their catch, Flyn Fish walked away with the top prize of $3,000 cash. Taking the second prize was 2014 champions Mad Storme captained by Adrian Huesner, who managed to catch a 64 pound wahoo. They receive a prize $1,500 cash. 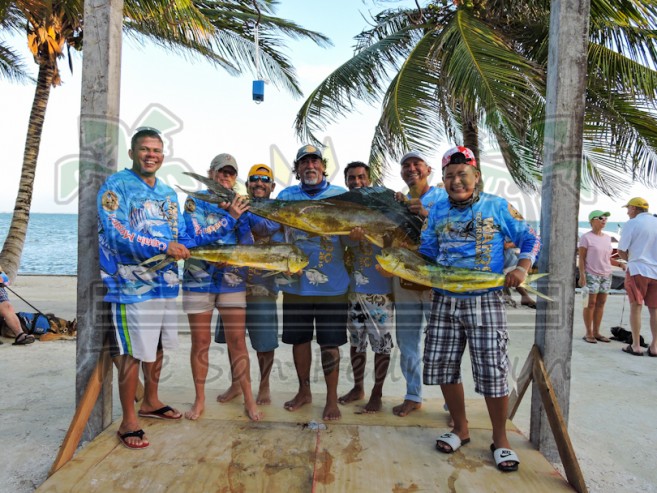 Huesner also received the $1,000 cash prize for the biggest wahoo caught in the tournament. The Top Female Angler prize went to Karen Riley from Captain Morgan’s vessel, Contender. Riley took the prize for hauling in a 28.5 pound dorado and received a cash prize of $250. Unfortunately this year there was no award for Junior Angler. 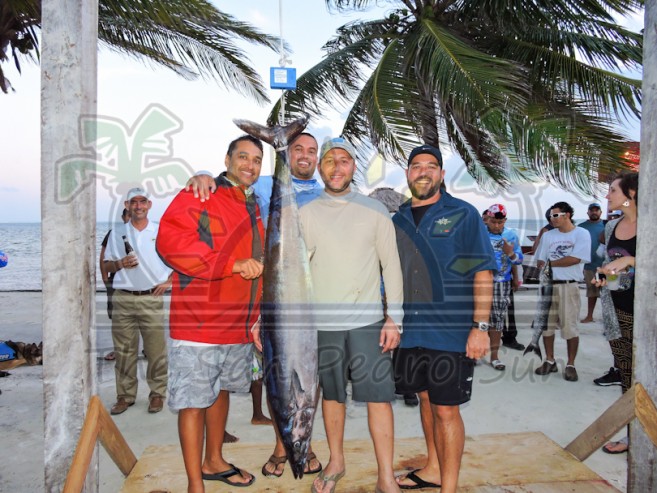 Captain Morgan’s would like to congratulate the winners and all participants on an excellent fishing day. Big thanks goes out to sponsors of the tournament: Castillo’s Hardware, Seaduced and Harmouch Hardware.