« Older: Minister’s and Mayor’s Cup Tournament: One Month In
Newer: » Week 5 of Mayor’s and Minister’s Cup


On Saturday January 31st, Captain Morgan’s held their 2016 Annual Wahoo Tournament. The competition kicked off at the crack of dawn, and saw the entry of 13 vessels setting out to open seas in hopes of landing the winning fish and capturing the grand prize. Teams had 12 hours to fish and catch the most Wahoo and at the end of the day it would be Carpe Diem who would claim ultimate victory. 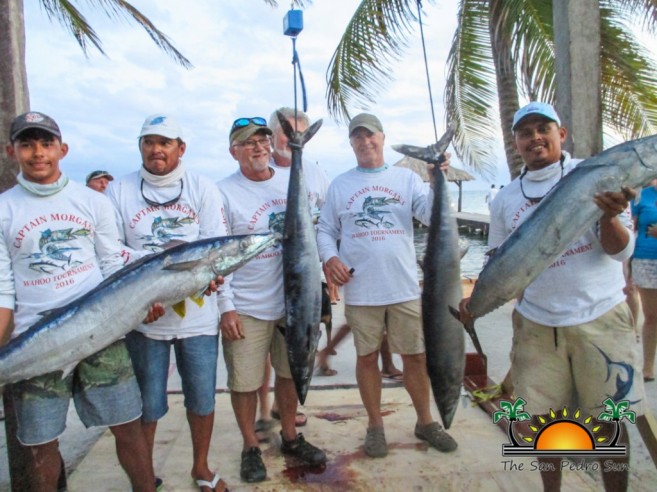 The tournament definitely required the skill and expertise of each seaman, as the wahoo proved to be a challenging catch. While several teams managed to capture wahoo of various proportions, Carpe Diem of San Pedro Town, captained by Enrique Marin and anglers Bill Toonen, Bob Toonen, and Dan Decaster trumped the competition with four massive wahoos that totalled 150.25 lbs, claiming the first place grand prize of a $10,840.00. Second prize went to Team Reef Shark III from Caye Caulker, captained by Dominik Novelo and anglers Chang Lee, Daniel Smith and Efraine Novelo. Their three wahoos averaged a total of 107.95lbs and landed the Caye Caulker team a second place cash prize of $5,070. 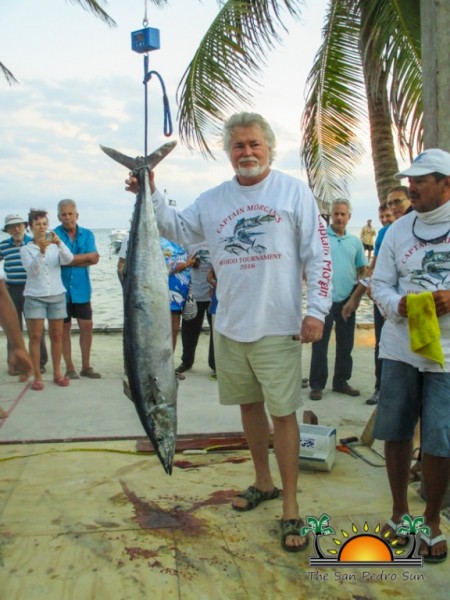 After the weigh-ins were over, all teams were invited back to the traditional Captain Morgan’s award ceremony and dinner.. Participants enjoyed a buffet style meal and prizes were presented to the tournament winners.

Other vessels registered in the competition were Majik, Mrs. Darlene, Fu Di Road, Reel Deal, Carlie, Princessa Del Mar, Team Contendor, Mad Storme, Reel’N, Aitor and Gusto. Captain Morgan’s congratulates the captain and anglers of Carpe Diem and would like to thank each person that participated in this year’s tournament.