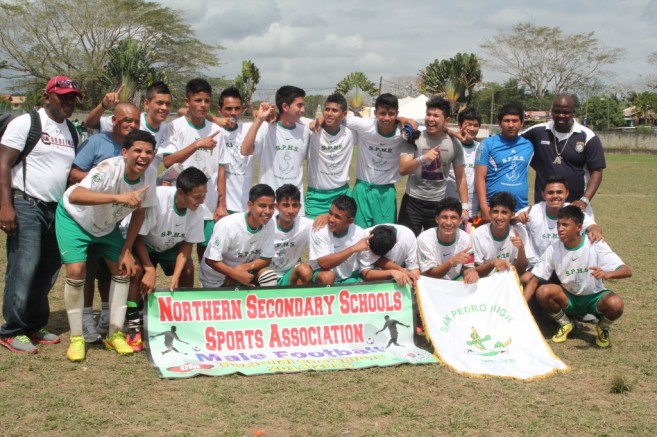 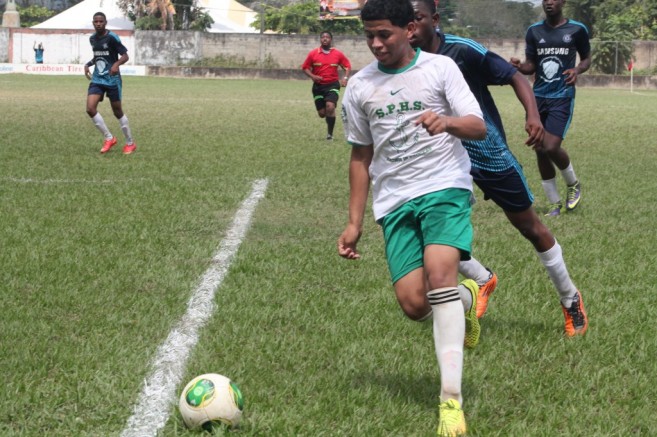 Jefferson Lopez scored IHS’ first goal in the 39th minute. Then Gwen Liz lost Naim Wilson to an injury and later on the referee sent off Jovian Usher with a red card. Down to 9 men, Gwen Liz could not stop IHS’ Steven Young from equalizing 2-2 in the 2nd minute of injury time. IHS Jonathan Bejerano scored 3rd and a 4th goal in the overtime for the 4-2 win. 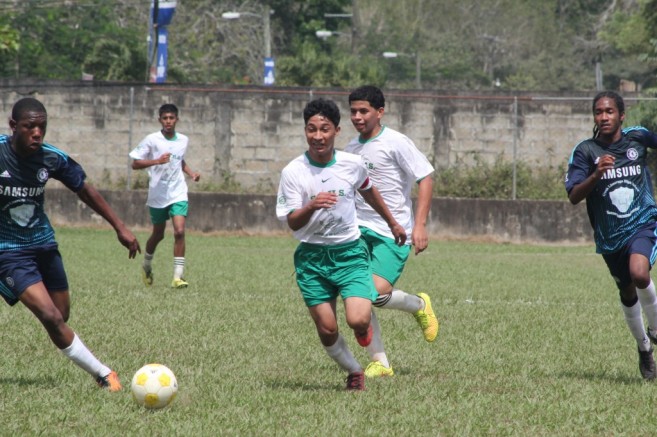 In Game 2 Friday night, the Western Zone champs, St. Ignatius High School boys won 1-0 against the Northern Zone champs, the San Pedro High School boys, when Blake Zepeda scored in the 13th minute. San Pedro’s hopes of equalizing were dashed aside when they lost Anthony Lopez, who was ejected for an altercation with national U-17 striker Brandon Cante, who also got a RED ticket to the showers.
In Game 4, the championship final, the IHS boys drilled the St. Ignatius’ boys 2-0 with goals by Jonathan Bejerano in the 5th minute of play and by Gabriel Ramos Jr in the 58th minute.
The St. Ignatius principal presented team trophies and individual medals to the 1st, 2nd and 3rd place winners, and the Most Valuable Player award went to HIS Osmani Sanchez.