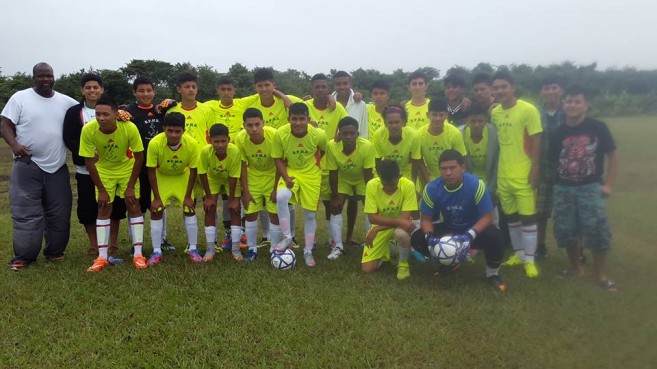 Games commenced from 8AM simultaneously at the ESTM Football Field and the Santa Clara Football Field. In the first game, the CCC girls defeated the SPHS girls 4 – 3 during penalty shoot outs. Game two saw boys of ESTM facing off OWTHS. The match ended in a 2 – 1 win for ESTM. In the third match the NHHS females lost 0 – 1 to the OWTHS females. The SPHS boys won the fourth match against the NHHS boys during penalty shootout, 4 – 3. Also winning during penalty shootouts were the CCC girls who defeated the OWTHS girls 4 – 2. The last match of the day was between the SPHS male football team and the ESTM male football team. The match ended in a 1 – 1 tie, forcing the teams into penalty shootouts, where SPHS took the win with a 3 – 1 score. 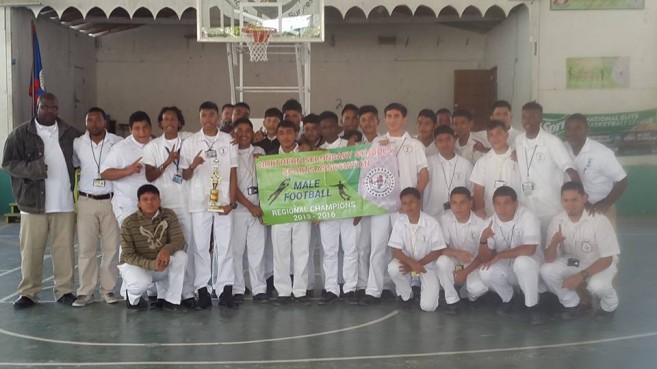 Overall CCC claimed first place in the female division with OWTHS in second and SPHS in third place. Taking first place in the male division was SPHS, while ESTM placed second and NHHS placed third. The Most Valuable Player award was given to Gabriela Cowo from CCC, and Luis Valdez from SPHS. With their win, the CCC female football team and SPHS male football team will be representing the Northern Region at the NSSSA Football Nationals scheduled for Saturday, February 20th.
The San Pedro Sun congratulates the SPHS male football team for this great performance at Regionals and best of luck at Nationals.

San Pedro Tiger Sharks make it to the Playoffs