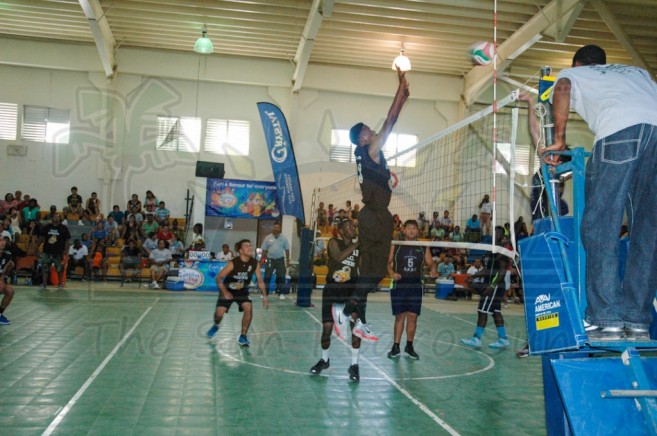 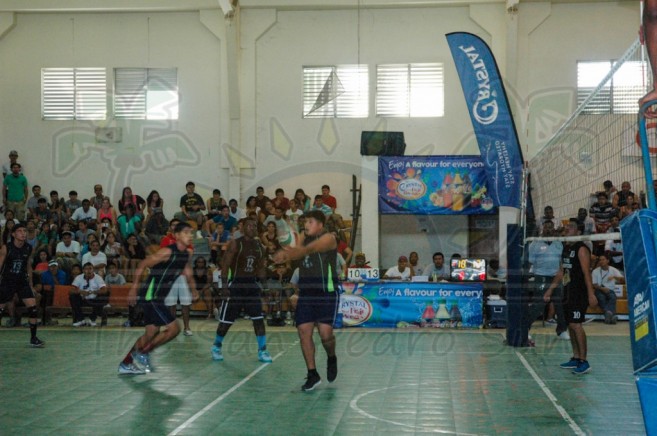 At the opening of the event, Mayor of Orange Walk Kevin Bernard welcomed the teams from all over the country and urged them to live up to fair-play rules and apply good sportsmanship while competing for the championship.
According to President of the National Secondary School Sports Association (NSSSA), Deon Sutherland, the Volleyball National Tournament officially kicked off the sporting events for the secondary schools countrywide. “The competition is a single round robin; the winner of each game advances to the next round.”
In their first game on Friday November 7th, SPHS faced off Belmopan Comprehensive High School and won three out of four sets played in a score to 25-22, 25-21, 24-26 (lost) and 25-17. With that win, it gave the island’s team a ticket to the finals against TCC. TCC had won five consecutive times until last year when SPHS won. So TCC was back for vengeance, while SPHS came ready to defend their championship. 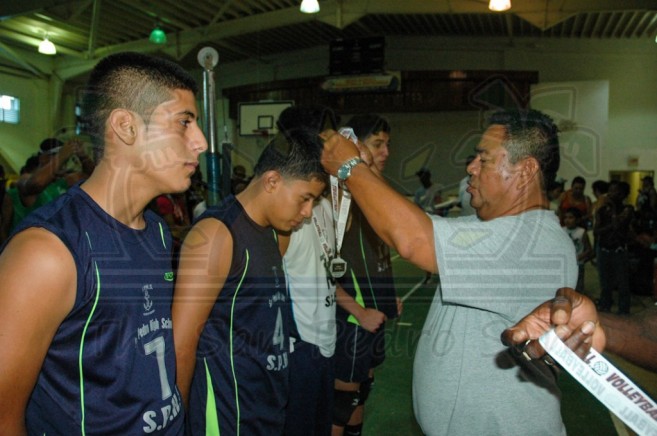 On Saturday November 8th, SPHS stepped on the court to face TCC, who had defeated SJC in a game of three to one sets. SPHS looked fearless but TCC appeared determined to steal the national pride and championship from SPHS. And determined they were, as they took advantage in the first and second set (26-24 and 15-15) and moved ahead of the home team. SPHS made a comeback in the third set winning to a score of 24-26. The islanders fought to the bitter end in the fourth quarter in an attempt to take the game to a fifth set but unfortunately they fell to the southern team in a score of 24 to 26, thus making TCC the national champs.
SPHS settled for second place, SJC third and Belmopan Comprehensive came in fourth. In the female category, the St Catherine Academy spiked over the other teams, claiming the championship for the 19th consecutive time. Second place went to Belmopan Comprehensive High School, third to Stann Creek Ecumenical High School and Muffles College High School settled for fourth.


Following the competition, NSSSA officials presented the top three teams with medals. Trophies will be presented later this month to the top three teams. MVP in the Male category was Julio Requena meanwhile Female MVP went to Mya Musa.
The NSSSA confirmed that the winner of this year’s competition is not participating in the Council for Sports and Recreation of Central America Tournament (CODICADER), since the Central American competition is held every two years.