San Pedro is a sport loving community and is always finding ways to promote different physical activities to athletes of all ages. As such, the San Pedro Volleyball Association (SPVA) partnered with the San Pedro Town Council (SPTC) to organize a two day beach volleyball tournament in front of Luna Loca Bar. The event coincided with the Easter holidays and encouraged both residents and visitors to participate. The two-day tournament saw female volleyball teams competing on the first game day and male volleyball teams competing on the second day. Cash, gifts and trophies where awarded to the top teams in each category. 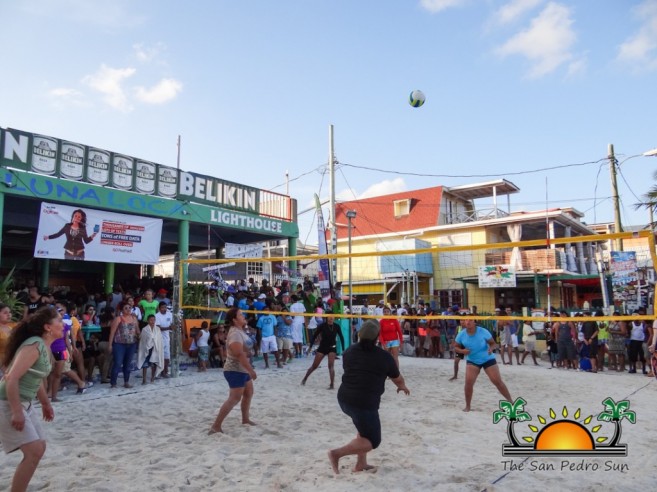 The tournament kicked off on Saturday, April 4th at 1PM with five female teams competing for the win. Each team was composed of four members and each game consisted of three sets. 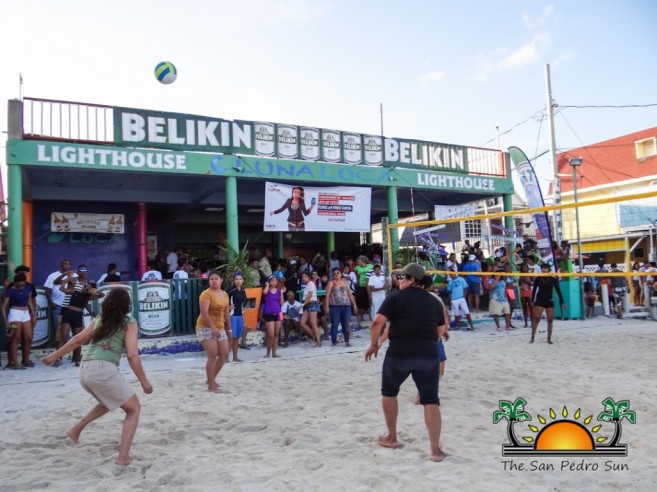 A game was won by the team that first scored 21 points, with a lead of two points. At the end of the day two, Angie Valladarez’s team took on Yakarelis Herandez’s team in the championship match. After a good, fast-paced match, Valladarez and her team took the first place win, while Herandez’s and her team settled for second place.

Sunday, April 5th saw seven male volleyball team competing in the beach volleyball tournament. Unlike the female category, the male teams only consisted of two members. It was a tight tournament with point differences being very narrow. 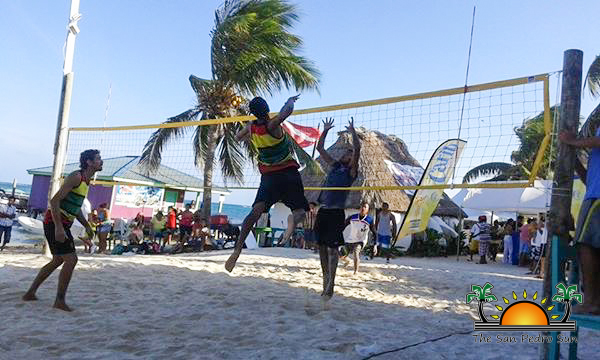 But in the end it was the team made up of Jason Garay and Gustavo Morataya who faced off against the team made up of Ronnie Sosa and Badyr Sajia in the final match. After a long battle on the sandy court, the win went to Garay and Morataya.  Sosa and Sajia had to settle for a close second.
The San Pedro Town Council and San Pedro Volleyball Association would like to thank the teams that participated in the tournament, as well as all the fans that came out to show support. Big thanks goes out to event sponsors: Belize Tourism Board, Honorable Manuel Heredia Jr., San Pedro Town Council, Luna Loca, Carlos Jex, Councilor Hector “Tito” Alamilla, Councilor Gabriel “Gaby” Nunez, and Erick Santizo.