For the first time ever, Belize has formed a Beach Soccer selection to participate in the 2015 Confederation of North, Central American and Caribbean Association Football (CONCACAF) Beach Soccer Champions. The team traveled to El Salvador to compete in hopes of earning a spot in the FIFA Beach Soccer World Cup Portugal 2015. The competition started on Saturday, March 28th and is scheduled to end on Sunday, April 5th. While Belize did not advance beyond the first round of competition, they did make history by winning a match in their first tournament. 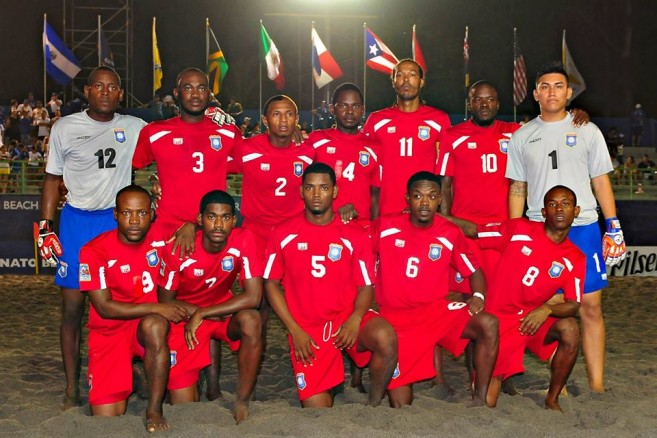 The participating CONCACAF selections were drafted into four groups. Belize landed in the A Group along with El Salvador, Jamaica and Puerto Rico. The B Group included Mexico, Trinidad, Turks & Caicos and Guadeloupe. Bahamas, United States of America, Antigua, Bermuda and Barbados formed the C Group, while Costa Rica, Guatemala, Panama and Virgin Islands formed the D Group.

In their first match, Belize faced El Salvador on Saturday, March 28th. The well-seasoned Beach Soccer team from El Salvador easily defeated the Belize selection in a match that ended 2-17. Belize took on Jamaica in their second match on Sunday, March 29th, playing much better and managing to score five goals against the opposing team.

Unfortunately, Jamaica edged them out and took the victory in an 8-5 point game. In their last match of the first round, Belize went up against Puerto Rico. The Belize delegation played marvelously, defeating Puerto Rico in a 6-2 point game.

At the end of the first round, the advancing teams for the A Group were El Salvador and Jamaica. 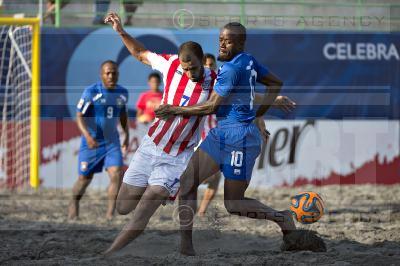