Twelve island residents left on Tuesday, November 11th en-route to El Salvador to participate in the 2014 Central American Football Union (UNCAF) Beach Soccer Cup. The tournament is being hosted in collaboration with the Salvadoran Football Federation and will be held at the Estadio Nacional “Centro Recreativo Costa del Sol” from Friday, November 14th to Sunday, November 16th. Four out of the seven UNCAF member countries will be participating, namely El Salvador, Belize, Costa Rica and Guatemala. This is the first time that Belize is participating in this tournament. 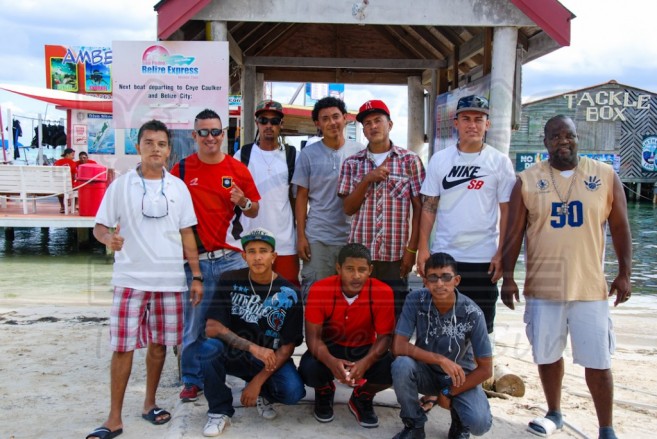 The Belize delegation is composed of team members Kent “Bob” Gabourel, Hazael “Chief” Requeña, Rony Abel Mejia, Jesse “Pinchi” Smith, Julius Brandon Gonzalez, Jordi Craft, Reggeri “Jerry” Trejo, Sean Alexander Mas, Jason “Tyga” Sutherland, Thomas “Sony” Baptist, Mario “Mayito” Chimal and Louis “Luisito” Valdez along with coaches Alex Noralez and Hector “Tito” Alamilla Jr. The team has been practicing for the tournament for the past weeks leading to their departure. All members are well acquainted with beach soccer as it is one of the primary forms of football played on the island: barefoot and on the beach!
The first round of games will be played on Friday, November 14th and will see Costa Rica facing off against Guatemala and El Salvador facing off against Belize. On Saturday, November 15th Guatemala will go against Belize and El Salvador will go against Costa Rica. On Sunday, November 16th Belize will take in Costa Rica and El Salvador will take on Guatemala. The team with the most accumulated points will win the cup. Three points will be allotted for a win, one point for a tie and no points for a loss.