On Saturday, May 16th the San Pedro Tiger Sharks fell to the Orange Walk Running Rebels in their final game of the National Elite Basketball League (NEBL). Luckily, the loss did not affect the Tiger Sharks, as their spot in the playoffs was already secured. Playoffs kick off on Friday, May 22nd and the Tiger Sharks will be having the home court advantage in their first match. 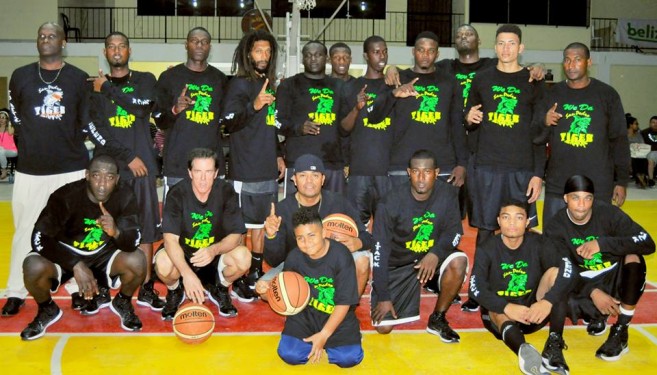 During the past weekend’s exciting matches Cayo Western Ballaz claimed the #1 seed, entering the playoffs after defeating the Belmopan Red Taigaz in a 53-43 point match on Friday, May 17th. With the loss, Belmopan Red Taigaz fell to the #3 seed entering the playoffs.
The Tiger Sharks travelled to Orange Walk Town to take on the Running Rebels. The defending champions went in confident, with a secure spot in the playoffs. After a stunning match, the Running Rebels managed to capture their second win in the season with a 91-85 point victory. San Pedro Tiger Sharks was led by Milton James who recorded another double-double with 23 points and 10 rebounds, while Ashton Edwards also scored 23 points with 3 steals. Darwin “Puppy” Leslie finished the night with 17 points, 3 rebounds and 2 assists. With the loss, San Pedro fell to the still acceptable #2 seed.
Unfortunately, there was still controversy with an undecided game and #4 seed available in the match between Belize Yellow Pages Hurricanes and Dangriga Warriors. Belize Yellow Pages Hurricanes traveled to the cultural capital on Saturday night, to take on the Dangriga Warriors, where the winning team would claim the fourth and final playoff spot. With just under seven minutes remaining in the fourth quarter, an altercation ensued with a fan and a referee and as a result, the game was called off for security reasons. The game was rescheduled for Tuesday, May 19th, where Dangriga Warriors took the victory and the #4 seed entering the playoffs.
The playoff series will be a best-of-three series, where the team that wins two games first will advance to the NEBL Finals. In the first round of games, Caye Western Ballaz will host the Dangriga Warriors at the Sacred Heart College Auditorium in San Ignacio on Friday, May 22nd, while the San Pedro Tiger Sharks host the Belmopan Red Taigaz at the Angel Nuñez Auditorium on Saturday, May 23rd. Games start at 9PM sharp.
Fans are reminded that all games have a live webcast with the game scores, play-by-play analysis and the box scores for all games. Fans can follow every game live on the NEBL’s webpage, as scores are in real time. The NEBL webpage also contains news, team standings and player statistics and it can be found at www.nebl.sportingpulse.net.