Cayo Western Ballaz fall to the Tiger Sharks in overtime


The once undefeated Cayo Western Ballaz were handed their first loss in the National Elite Basketball League (NEBL) by the defending champs, San Pedro Tiger Sharks. The highly anticipated match took center stage on Saturday April 11th at the San Pedro High School Auditorium in San Pedro Town. After forcing overtime, the home team was able to secure a 79 to 75 slim victory.
The Tiger Sharks took an early lead in the first quarter, jump-starting an attack against the Western Ballaz. That show of power on home turf saw the Tiger Sharks going into the second quarter with a four point lead. But the folks from the west are no easy contenders and they slowly began closing in. When the clock stopped for the half time, Cayo Western Ballaz had turned over the scoreboard with a 33-to-31 point lead. 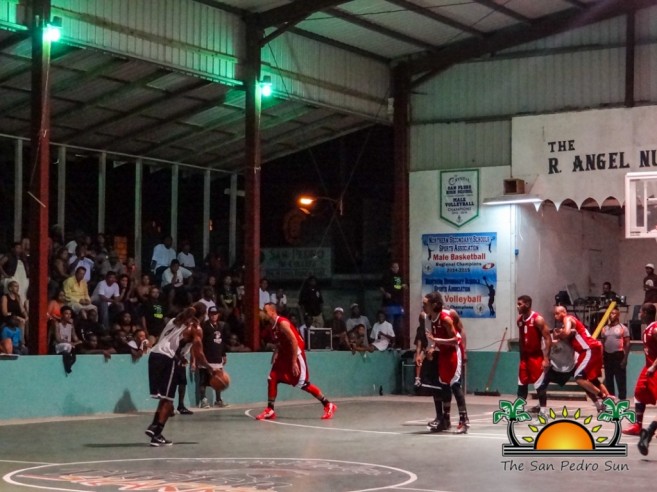 The battle for supremacy and respect dragged on into the second half of the game as Cayo Western Ballaz ballooned their lead by ten points at the end of the third quarter. Before a full house, Tiger Sharks had no intention of being rolled over by the Ballaz, and the good tactics of home Coach Rico Black played a vital role in to the last quarter as the home team clipped the Ballaz’s wings and closed in on them. At the end of the long buzzer, the Western Ballaz and San Pedro Tiger Sharks were at 68 points apiece, thus forcing overtime. 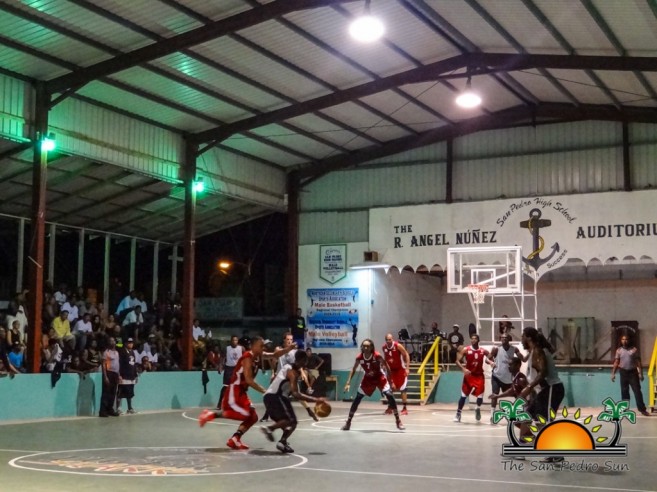 And time is all that was needed for the Tiger Sharks, as they swam into action, regaining control of the game and dominating the Western Ballaz. At the end of overtime, it was obvious that the defending champs were going in for the kill, ending the game at 79 to 75 – a sweet victory for the Tiger Sharks. 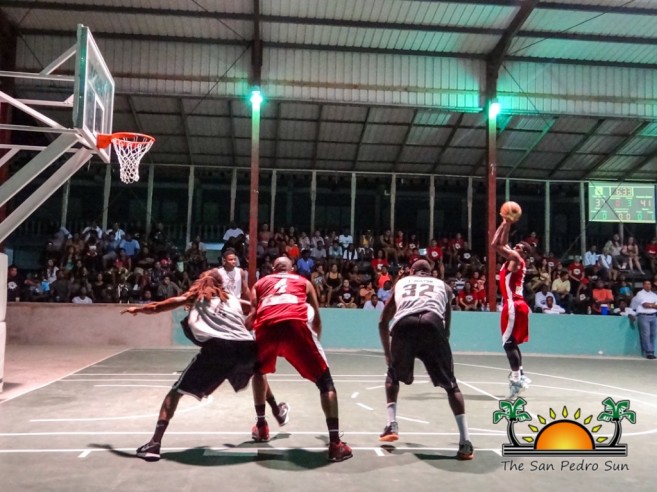 The leading scorer for the home team was Darwin “Puppy” Leslie who finished with 22 points, five rebounds, three steals, while drawing 13 fouls in the game, of which he shot 18 free throws. Milton James finished the night with a double-double, with 16 points and ten rebounds, while Ashton Edwards had 15 points and four steals and Douglas Penland netted 11 points. 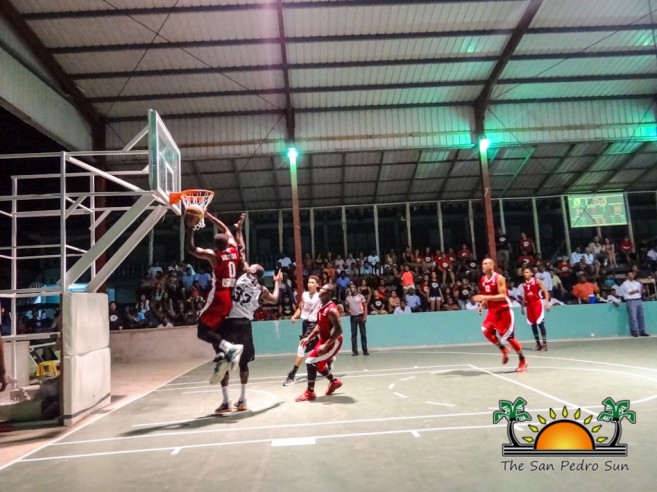 In their losing effort, the Cayo Western Ballaz was led by Richard Troyer, who had the game high of 33 points and nine rebounds, while Akeem Watters finished with 17 points and five rebounds and Kurt “Chengo” Burgess scored nine points to go with 12 rebounds and five steals. 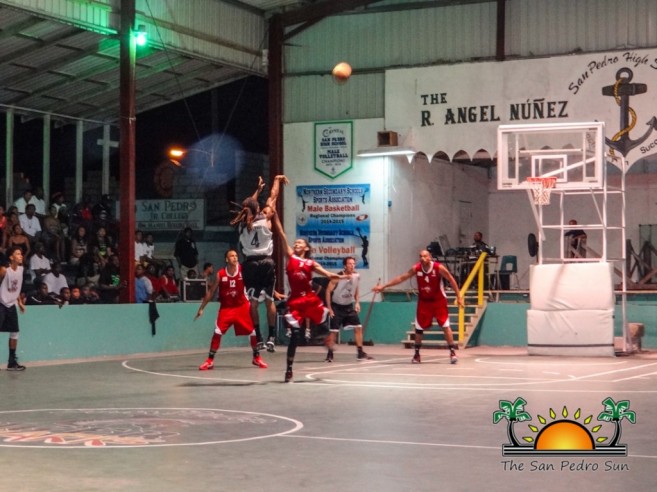 In upcoming games, San Pedro Tiger Sharks will travel to Belize City on Friday April 17th to take on Belize Yellow Pages Hurricanes at the Belize Elementary Gym. Meanwhile the NEBL is hosting the All-Star Night at the Sacred Heart College auditorium in San Ignacio Town on Saturday April 18th. Tip off of the Smart All Star Game is at 8 p.m. Opening ceremonies and the introduction of players will be at 7:45 PM. The All Star Game will be followed by the Scotiabank Three Point Shootout, with the night ending with the much anticipated Mek Mi Rich Slam Dunk Contest. This is expected to be one of the biggest basketball events Belize has seen in the past decade. 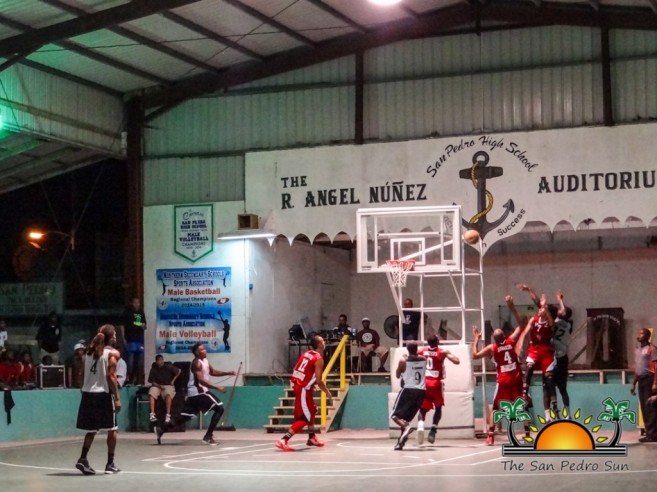 With the re-adjustment of the overall standings, the results are as follows: