Amidst the dispute over the undecided outcome of last week’s game, The San Pedro Tiger Sharks headed to court on Saturday March 21st where they faced the Orange Walk Running Rebels. The game took place at the Rafael Angel Nuñez Auditorium in San Pedro Town and by all indication, it was an easy walk for the Tiger Sharks who turned another victory. 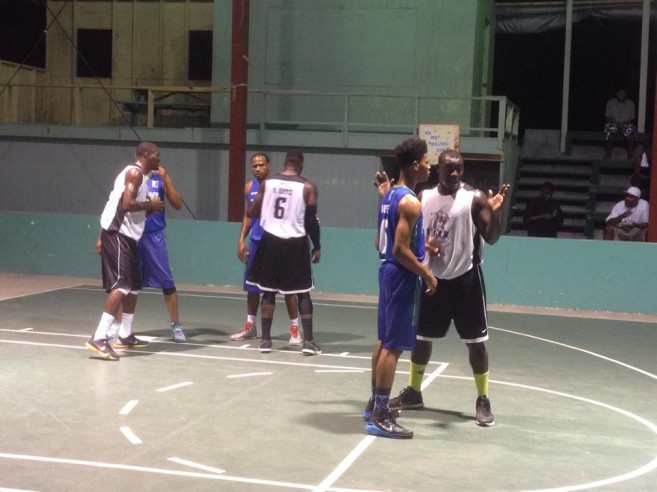 From the onset of the first quarter, Tiger Sharks set the pace, leading in every quarter, even if it was not by a commanding lead. As is customary in 2015, the most exciting part of the game came in the last quarter. With five minutes remaining in the game, Orange Walk Running Rebels trailed by only two points. But the constant intelligent moves by the Sharks kept them ahead and they eventually rode the wave to victory. When the final blast sounded, Tiger Sharks had secured its victory with a score of 73 to 66. 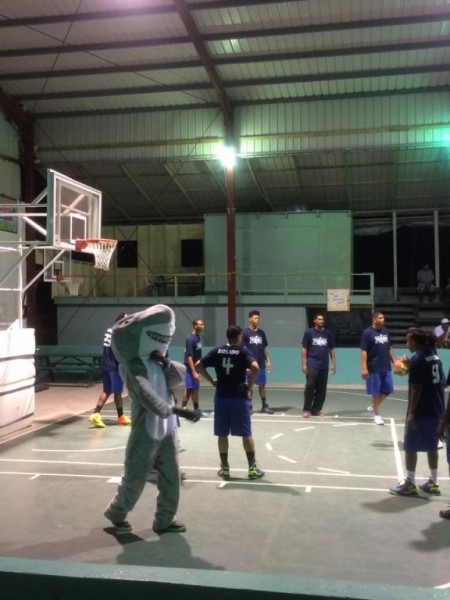 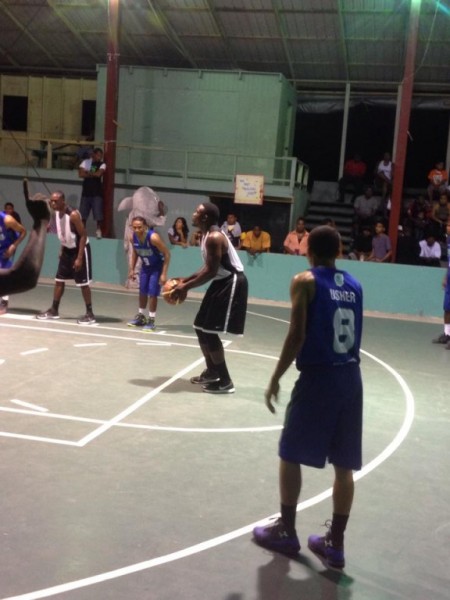 In an update to last week’s game between Belize City No Limits and San Pedro Tiger Sharks, the National Elite Basketball League (NEBL) has indicated that the two teams appealed an initial decision made by the league. The league had originally ruled that there was no winner declared and if necessary, the game will be re-played. 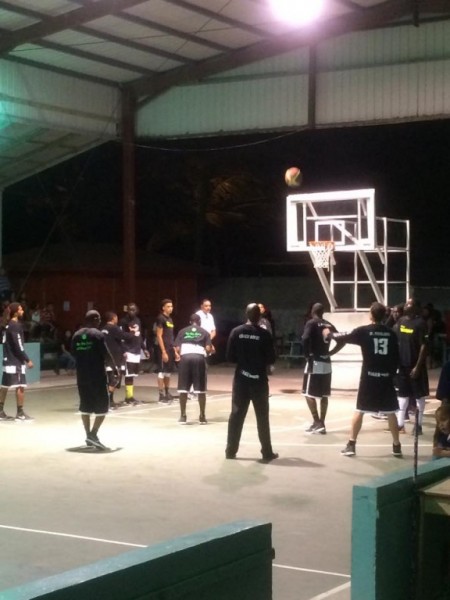 A statement from the NEBL stated that, “After the commissioner ruled that this game will be re-played at the end of the season, both teams were afforded the opportunity to appeal this decision. Both teams informed the league that they appeal this decision to a three-member appeals committee, who will then decide the outcome of that game.” 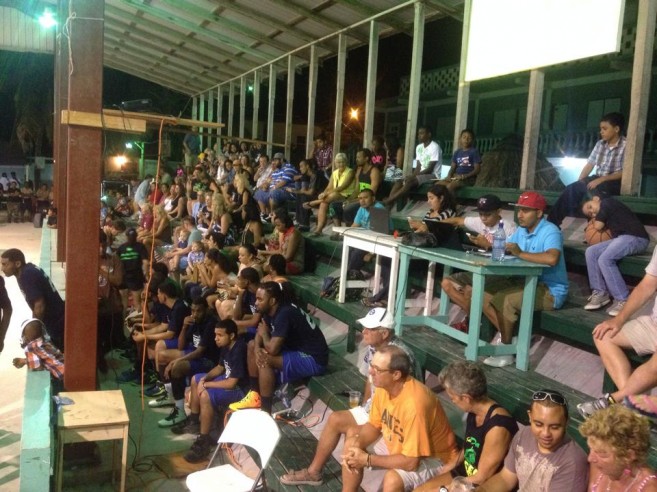 The NEBL has now wrapped up its first round of games and the teams are slowly starting to establish themselves in the league. Each game now comes with its own importance, and teams are beginning to figure out each other, making most of the games really exciting and competitive. The latest standing is as follows: 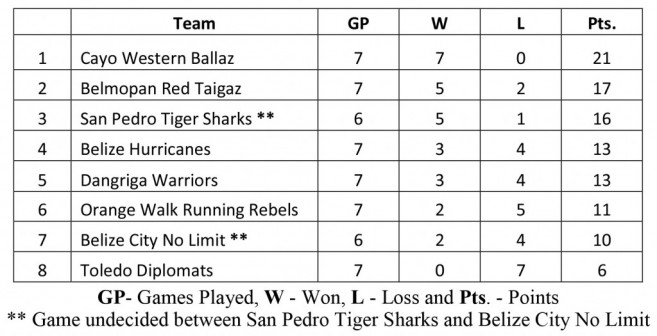 GP- Games Played, W – Won, L – Loss and Pts. – Points
** Game undecided between San Pedro Tiger Sharks and Belize City No Limit
On Saturday night (March 29), it will be the clash of the titans, as San Pedro Tiger Sharks will take their game winning streak into the capital to take on Belmopan Red Taigaz at the University of Belize gymnasium in Belmopan. These two top teams will be playing for sole possession of the #2 seed. The last time both teams met, San Pedro Tiger Sharks humiliated the Belmopan Red Taigaz on their home court. It is yet to be seen if there will be a repeat of the Sharks chewing apart the Taigaz.