On Saturday, June 18th, the San Pedro Saga Humane Society held a successful fundraising event called ‘Strides for Strays 5K’ fundraiser. The first of its kind, the race began in front of the Paradise Theatre north of the Sir Barry Bowen Bridge. 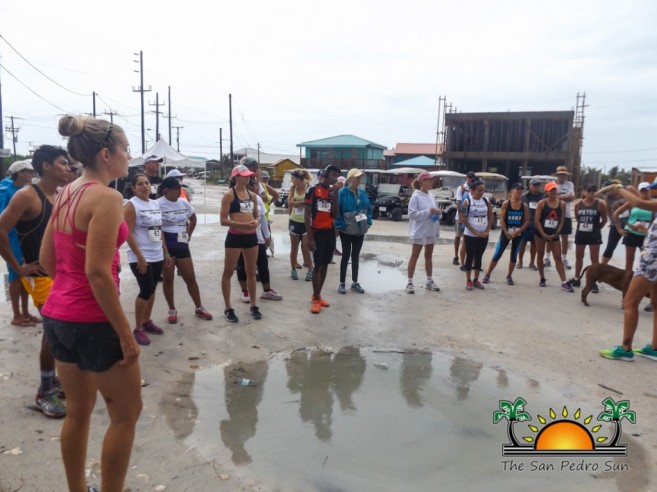 With a registration/donation fee of $30, participants received a t-shirt and a chance to claim some great prizes at the end of the race. 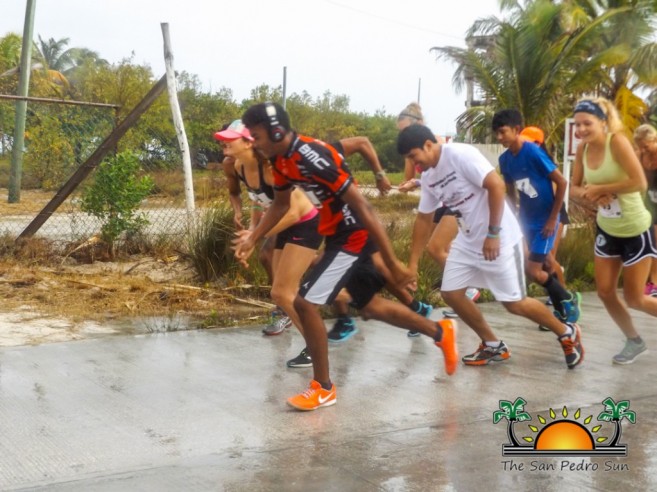 Prizes were awarded for the overall winner, and champion male, female, and under 18 category. Despite inclement weather, more than fifty athletes and supporters gathered at the starting point shortly after 7:30AM for the race. 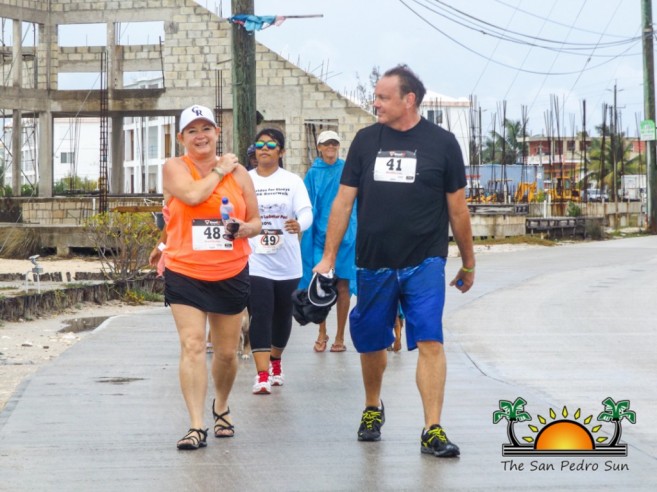 The route took runners from the Paradise Theatre to Grand Caribe Resort and back. Some sprinted, ran in pairs, walked or took their pets along for the competition, all for a good cause. At the end of the race, the top winners were awarded with their prizes, which included medals and gift certificates.
The overall winner was D’ Ann Arthur, with a finishing time of 18:11. 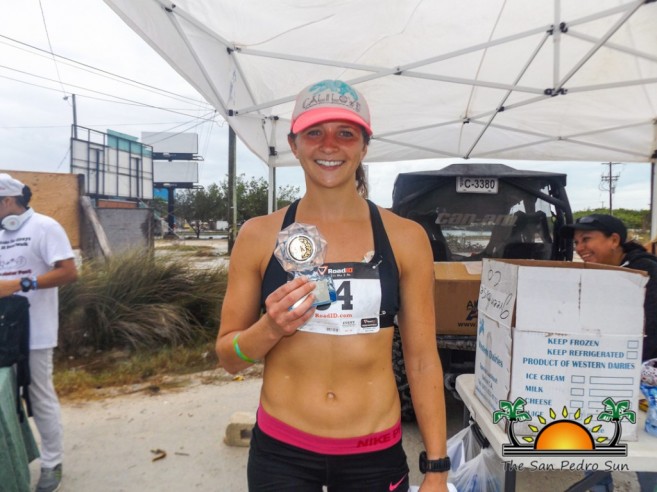 In the male category, first place went to Eric Donis (18:28), followed by Daniel Gregorio in second place (20:36), while in third place was Ernest Arzu (21:40).
In the female division, Dr. Samantha English claimed first place with an exact time of 24:27. In second place was Claire Mielcarek who finished at 27:46 followed by Melaney Pylot in third place with a time of 28:26. 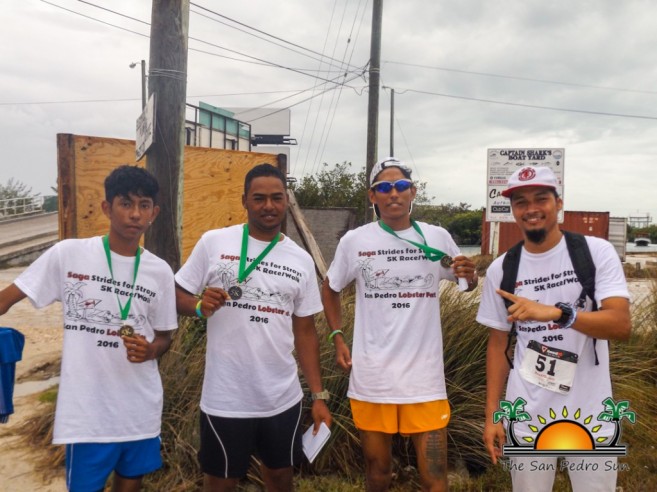 The only two winners in the Under 18 category were for Mariano Donis (25:52) and Perla Ramirez (56:13). Both finished in first place.
The management and staff at Saga would like to thank everyone who came out and supported the event. Special thanks go to all the sponsors and to Dr. English and Carrie Meng (Race Director) who, along with other friends, came all the way from Florida USA to assist in the event. Kudos to all for an awesome job!