In an effort to address the overpopulation of feral cats on Ambergris Caye, Saga Humane Society hosts the ‘Trap, Neuter and Return’ (TNR) program every year. TNR is widely recognized as the most humane and effective strategy for reducing wild cat populations.
The process requires to set out traps either during the day or night until cats are trapped, and then transport to the veterinary clinic to be spayed/neutered. Once the cats go through the surgical procedure, they are released back into the community.

According to Ingrid Lima, Saga has seen a difference in reducing the cat population through the program. “We are very concerned about the overwhelming cat population here on the island, and with the dedication of volunteers, we managed to set out traps, bring the cats to the veterinary clinic, and they are either spayed or neutered. This has helped reduce the alarming rise in stray cats. We have been working very hard—even in the areas we never worked before. However, the cat populations are not excessive like they used to be in previous years,” said Lima. 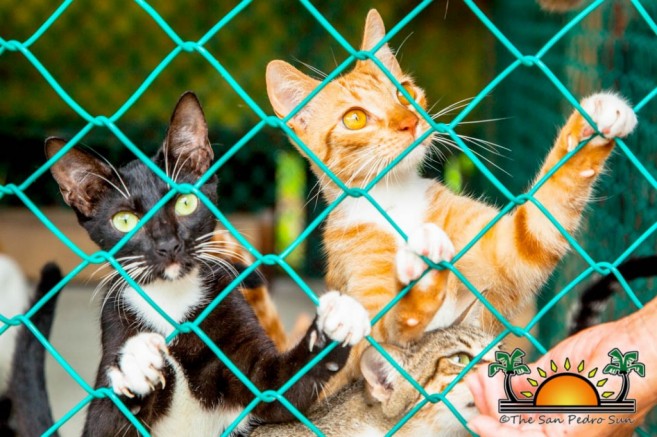 Saga also appointed Hayley Baer as the team leader and activity coordinator of the TNR program. She has been an active volunteer since 2014, and has played an essential part in sheltering kittens and cats. “Saga received a call recently from a local resort experiencing an overabundance of feral cats, and Baer loaded up the traps and set them in an area where the cats were known to stay. Before no time the traps had captured cats, and they were transferred to the clinic to be spayed/neutered. She has spent many a night bottle feeding motherless kittens and now she is director of our newly-implemented program for feral cats,” said Lima.
Lima stated that in 2015 Saga caught 115 cats through the TNR program, and remains committed to reducing the overpopulation of domesticated animals on the island. Traps will be set out in different subdivisions this week to start spaying/neutering.